Whilst a lot has been written about the problems with Pirelli front tyres at (e.g.) Silverstone last season, the Baku GP highlighted something that has been a bit of a worrying trend - sudden, unpredicted, failures of Pirelli rear tyres - which has happened at several races in the last few seasons.

Then there was Imola 2020, where Verstappen's right rear tyre let go:


Pirelli need to either redesign their tyres, or leave the sport!

These tyre failures remind me of Michelin's tyre failures at Indianapolis in 2004 and 2005. I fear that at Zandvoort, we're going to see some very nasty accidents if Pirelli don't do something.

I'm sure that the failures will be ascribed to debris despite initial inspections stating it was a failure, it's F1, if it was an easy fix then it would have been fixed.
One has to remember that 2021 was supposed to be the first year of the bigger wheels low profile radial tyre so little development on the old crossplys

Dartman - that's the problem though - Pirelli have been producing tyres that explode all the way through their time in F1. If it were any other component of the car, the teams could change manufacturers - but the tyres are out of their control, and are the most devastating when they fail.

The crashes yesterday could have killed Max or Lance, or even the marshalls (Stroll was lucky not to spear into a marshall's post - and debris went up and over the catch fencing.

Other teams have placed bids for the F1 tyre supply including Michelin in 2016 (I believe), and also Hankook for the 2020 season.

The biggest problem is that Pirelli won't even admit that there might be a problem - as they constantly blame debris for the failures. Until Pirelli admit that they're creating faulty products, drivers will have their lives put at risk by a monopoly supplier.

also Lewis Hamilton in silverstone in 2013.

i have to say i got a bad feeling from pirelli from day 1. as i didnt see how pirelli could improve/match bridgestone. because they were brilliant, wet tyres could cope in the heaviest of rain & dirty air / thermal degradation was never talked about. Pirelli still have the same issues we had at the start that we have now. i think competition is needed & i think red bull were getting sick of it, as they were quite fed up aside from it being Verstappen. said they had no warning that the tyre was dangerous in any sense. every sensor was fine

i dont believe pirelli at all there is no way that all these failures are Coincidental. verstappen & stroll was identical 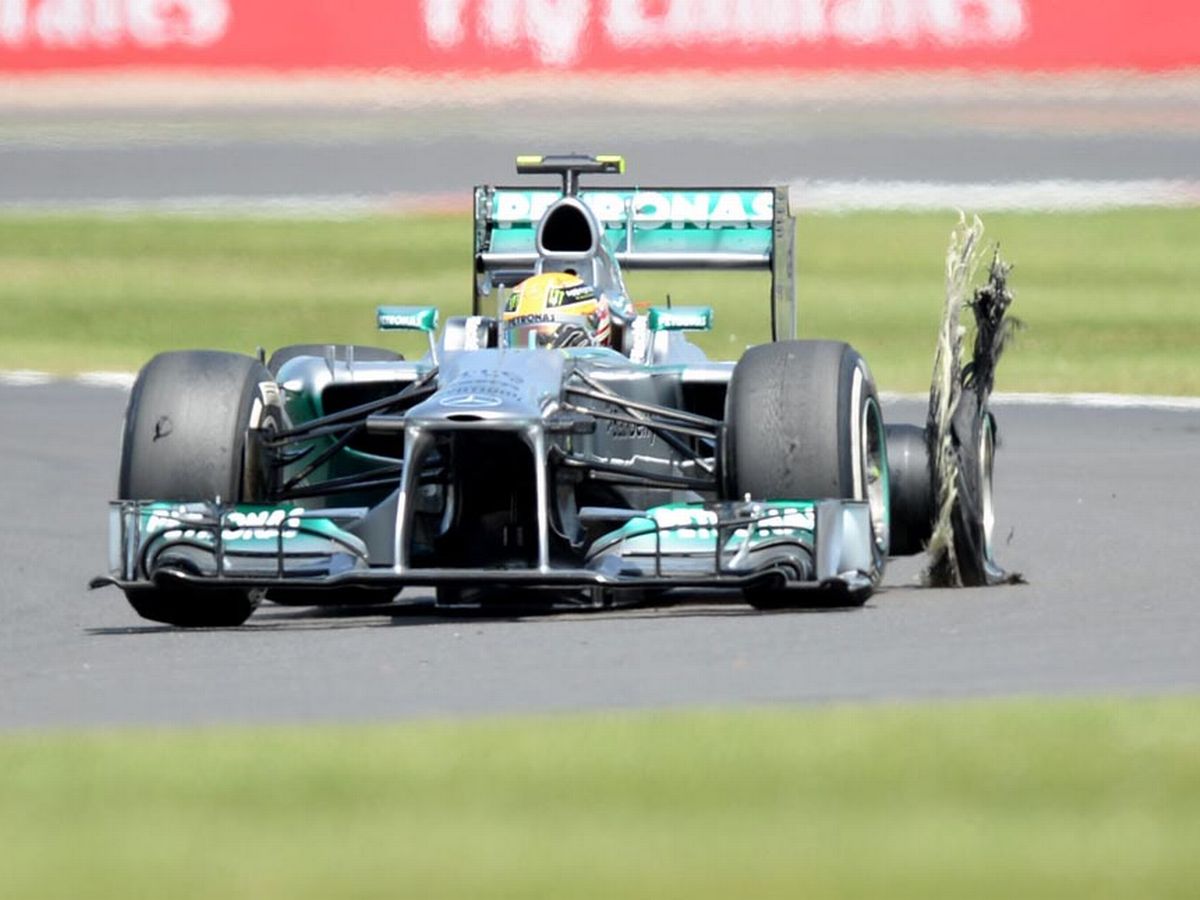 F1Brits_90 said:
i got a bad feeling from pirelli from day 1.
Click to expand

But their calendars have always been sought after

Bill Boddy said:
But their calendars have always been sought after

i guess there used to explosions

Of all the road tyres I have used Pirelli have been the most problematical from the early Cinturato via others that have been on cars purchased, I never by them

Pirelli have already stated it was debris, Max said Pirelli will always claim these failures are debris related after the race, If they are debris related then the design is at fault as the carcass should be able to withstand a small cut in one or two threads.

Valued Member
I have a question. When Stroll's tyre let go he veered left in the wall, Max went hard right. Is it something about today's cars that the driver can't hold it in a straight line when there is a tyre failure? It can't be down to the speed as I'm pretty sure Nigel was pushing pretty hard on the loud pedal when this happened.

I wondered about that, is it aero or is it the new young F1 drivers just don't have the skill, I also remember Mansell doing a full 360 when pushed of the track in a Ferrari and hardly losing any time.

FB i think they said its aero, they got a massive side, wind will catch them. but I know at 7.18 mansell chats about the incident

actually i was thinking about all this. pirelli responses to this. isnt it in reality doesnt every tyre failure have to be "debris" whether they are cover up or telling the truth. because the opposite leaves F1 in unprecedented chaos

because what happens if pirelli or independent company did the investigation & it was concluded the tyres had failure out of the blue & they are unsafe. F1 cant carry on with unsafe tyres ie indy 2005 & cant race without tyres. the F1 calendar comes to a halt
Last edited: 7 June 2021

All the more reason to have a choice of suppliers.
Let's have it completely open to anyone...
(Even some old classics could return: Alpine Avon anyone?)

F1Brits_90 - it may be that the F1 calendar (temporarily) comes to a halt if that happened, but this would also be followed by a major lawsuit against Pirelli.

At present, Pirelli are being protected by the FIA and FOM (and bizarrely keep being awarded contracts). I suspect that, if it came to it, the FIA could go cap in hand to Firestone to get some Indy style tyres for F1. They might not provide the highest level of grip, but they'd certainly manage to cope with the power and the cornering pace. (I know that they aren't perfect substitutes, and have different widths)
Last edited: 8 June 2021

Does one really need a choice of tyres with different compounds, they were only bought in to bring another calculation into the strategy, all one really needs is a set of wets and and a set of drys that are capable of completing a known designed partial race distance safely both should be capable of performing in the conditions that they are designed for.
The wets just need to dispel water, how they wear in in semi dry conditions is not material though with technology the wets could have a semi wet capability after a certain wear, one should bear in mind that a car will aquaplane in MPH at nine times the square root of tyre pressure in PSI at a water depth of plus 2.5mm though this can be increased by tread design and depth but not by much.
I believe the normal tyre pressure is about 20psi out of the blankets for dry tyres assuming wets will be higher pressure to keep the tread open we are still looking at about 50 mph unless they are running at about 50 psi and then it is only just over 60mph.
As Andyoak says if the tyre manufacture was open then the strategy could be in both the choice of manufacturer and tyre, any tyre any manufacturer for any team in a race, but how many manufacturers will make F1 tyres on that basis?
Last edited: 8 June 2021

It's should come as no surprise that the teams will take risks with the drivers lives for the sake of a few tenths and then look to blame others for their failings. They have been doing it since the sport started and are unlikely to change any time soon. However, I am astonished that there isn't already an FIA system to monitor the tyre pressures live. I wonder if Red Bull shared their tyre pressure data after Verstappen's failure in Baku given that there was "no indication of a problem".

FB - I think one of the problems is the way that there is instant closing ranks by the FIA (and the sport) whenever criticism is levelled at Pirelli - but it's clear that their philosophy is at least partially to blame.

They were given the brief of providing tyres that necessitated pitstops. They've provided this, but in a bizarre way.

With the current bunch of tyres, if you push hard, you need to stop immediately after, as you'll have pushed the tyres beyond their operating window, and left with no grip for the rest of the race. As such, the racing becomes "nursing of tyres"...

FB its very possible & shouldn't be discounted. we know they will always try to push the boundaries.

Valued Member
Thought this article from Motorsport.com might be of interest as Pirelli are pointing the finger at Aston Martin and Red Bull as causing the failure. Pirelli reveals findings after Baku F1 tyre failures