2015 sees the arrival of the youngest driver ever to sit in an F1 car. Max Verstappen was born on 30th September 1997 and, assuming he makes the grid in Australia, will only be 17 years and 167 days, beating Jaime Alguersuaris' record by 1 year and 323 days (assuming my maths is correct).

How can such a young man be ready for F1? As the son of former F1 driver Jos Verstappen Max started racing karts at 4½ years old. In 2006 he won the Belgian Minimax Championship in the KF5 category and in 2007 he won both the Dutch and Belgian titles as well as the Belgian Cadet Championship.

In 2009 he won the KF5 Flemish Championship and moved up to International Karting. In 2010 Max finished 2nd in the KF3 World Cup, won the Euro Series and the WSK World Series. In 2011 he again won the WSK World Series and moved up the KF2 class winning the WSK Master Series and the South Garda Winter Cup in 2012. In 2013, at 15 years of age, Verstappen won the World KZ Championship, which is highest level of karting.

For 2014 Max moved up to European Formula 3. He finished 3rd in the Championship winning 10 of the 33 races, more than those who finished above him in the title race. Max was recruited into the Red Bull Young Driver Programme in August 2014 and only 6 days later was announced as one of the drivers for Toro Rosso in F1 for 2015. Apparently he was also being courted by Mercedes for their young driver programme so you have to wonder how much the pull of an F1 seat at Toro Rosso drove the decision to go with Red Bull.

Having already taken part in 3 Friday sessions as a test driver Max Verstappen is the youngest person ever to take part in a Grand Prix weekend. If he acquits himself well during 2015 many will say it is an inspired decision. If he turns into a mobile chicane or treats F1 like a destruction derby I'm sure many questions will be asked as to why someone not even old enough to qualify for a driving licence in his home country is allowed to get behind the wheel of a car at the pinnacle of motorsport.

Future Champion? One season (or even one race) wonder? 2015 will be very interesting for Max Verstappen.
Click to expand

At Verstappen’s age Hamilton and Schumacher hadn’t even won a F1 race. Alonso had one win to his name and Vettel had 3.
At 22 he’s more successful than all four put together when they were his age.
Last edited: 15 November 2019

However Kamikaze teenagers are a recent addition to F1, they have been getting younger over the years, Jim Clark was considered to be too young at 24 to be an F1 driver in 1959.

Valued Member
The best drivers usually find there way to the best car, which is what this stat shows. This questions whether the other teams trusted Max or, perhaps, Red Bull had him tied up in a long term contract, although F1 contracts are made to be broken.

or that Mercedes didn't want a rivalry with lewis so kept bottas for 2019/20. also Ocon & Russell are next in line before max. Ferrari have their own young driver programme in Leclerc. took quite a lot of persuasion to partner vettel. there is no room at the inn
Last edited: 16 November 2019

I said a while given the potentially longevity he will have in the sport - 15 years or so Max Verstappen could well break Schumacher or Hamilton's record although Ocon, Le Clerc, Russell , Sainz and Norris might have a few things to say about that

Contributor
F1Brits_90 Merc have never promoted a youth driver to their a team yet. Also I think they'll be gone from F1 in the next few years.

RasputinLives said:
F1Brits_90 Merc have never promoted a youth driver to their a team yet. Also I think they'll be gone from F1 in the next few years.
Click to expand

maybe, because all they have got now is to go downwards as they cant get better. I can see ocon 2020 being a test for 2021

Contributor
I think they are happy to be here whilst they still have the Lewis Hamilton brand but as soon as he goes, and with the company already pushing the fact they are going to stop producing petrol driven cars, I think they'll downgrade to just an engine supplier (hello McLaren!) and then eventually pull out.

i thought the same thing about Hamilton. because i think Lewis is big part of the mercedes success because no Lewis they dont win the drivers titles in 2018 or 2019. but it does feel abit like a 9yr old. because they arent winning that they leave

but that's where the budget caps comes in as we need new teams. as with haas unhappy, Renault wavering we could be easily down 14 cars

Contributor
Honda haven't decided yet either

Bernoulli said:
At Verstappen’s age Hamilton and Schumacher hadn’t even won a F1 race. Alonso had one win to his name and Vettel had 3.
At 22 he’s more successful than all four put together when they were his age.
Click to expand

Yes... it's very possible that will be happened the rule "EIEO"...
early IN - early OUT

Contributor
Safer bet is Lewis Hamilton. He only needs 2 more then he can retire.

I can't remember if Max can still achieve youngest world champion or is that gone now ?

Il_leone said:
I can't remember if Max can still achieve youngest world champion or is that gone now ?
Click to expand

I should add I think Mercedes made a mistake not promoting Ocon to replace Bottas......unless they are seriously thinking about signing Verstappen who's contract is up at the end of next season

Verstappen has essentially come out and told George Russell to shut up about Red Bull as he “knows nothing about the team”... 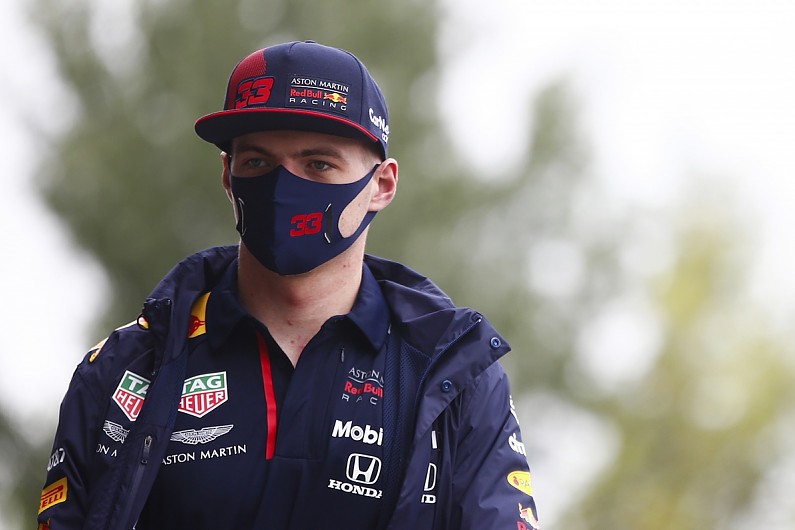 F1 Hungarian GP: Verstappen calls on Russell to 'focus on his car' after Albon comments

it’s these sorts of statements that make Verstappen so hard to like - it’s bound to be the case that (long-term friends) Russell and Albon have spoken about the issues; the fact that the second seat at Red Bull has been like a merry-go-round is no coincidence. It seems much like the situation that Max’s father faced at Benetton in 1994, where all the team’s resources were focussed around one driver, with the other left a little in the cold!