Poll Is it time for cockpit canopies ?

Contributor
Since 2009 there have now been 3 very serious head injuries suffered by F1 drivers. 2009 Massa came very close to loosing his life when a loose spring hit him at the Hungarain GP. In 2012 Maria de Villota Crashed into the rear of a truck during testing, loosing an eye and 15 months later her life in medical complications linked to the crash.

Now in 2014 Jules Bianchi is fighting for his life after what is the worst F1 crash I think I have ever seen.

In every one of these crashes the additional protection of a Jet fighter grade cockpit canopy would almost certainly of drastically improved their chances of avoiding major injury by deflecting the impacting object over the driver.

In this modern day we have a terrific safety record in F1 with the crash survival cell surrounding the driver, yet in a perverse way the most vulnerable area, the head, is left unprotected by anything more than a helmet and a roll hoop.

It is hard to see how a closed canopy would affect the racing. Rob Smedley has come out and said it would be easy to implement.

These cars are 200mph super machines. Things have moved on from the 60's in all aspects of F1, apart from head protection. Is it time to change all that? Does open wheel racing really need to be open cockpit?


Some images of f1 cars with canopies. 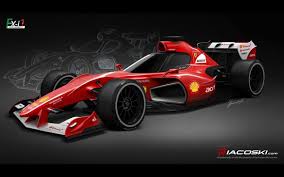 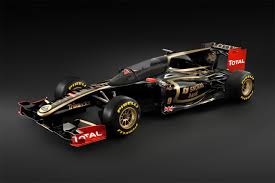 Contributor
This is going to be an interesting debate. 1st point though, in the case of Massa's accident and accidents similar to Henry Surtees fatal incident a canopy would be the best solution. If it was just a simple case of stopping objects hitting the driver yes they would receive adequate protection.

Villota & Bianchi had a completely different kind of accident. In Bianchi's case the roll hoop designed to protect the driver was completely sheared off. I can't see any canopy being able to protect against such an impact. The same with Villota, a canopy may deflect an object but it's not going to help when hitting an immovable object at head height. Even sports cars would incur similar damage and have just as huge an impact on the driver.

Canopies do cause more problems than they prevent. In case of a car flipping, the driver cannot escape until the car is righted, in case of a fuel leak those few vital seconds could mean life or death. Even in less extreme circumstances how would a canopy perform in wet conditions? Sports cars come designed with wipers for such a purpose, I can't see how you will manage to create a system where a driver can keep the same field of vision in the wet while racing wheel to wheel.

Keep F1 canopy free but find a better solution regarding track safety where other vehicles are involved.
Last edited: 8 October 2014

Contributor
We have never seen footage of Maria crash, but the Bianchi crash would in my opinion have been different. The canopy would have lifted the truck over his head allowing the car to pass under it, with Bianchi taking less impact if any.

Valued Member
To add to that, I believe that Bianchi's injury was caused not by a blow to the head, but by the sudden deceleration, which I doubt would be prevented by a canopy. I believe Allan Simonsen's death at Le Mans in 2013 had the collapse of the roof as a contributory factor.

I certainly think this needs to be well thought through and meticulously planned if at all, and I think the benefits are far smaller and the problems are far bigger than the knee-jerk section of the press would have you believe.

Greenlantern101 said:
The canopy would have lifted the truck over his head allowing the car to pass under it
Click to expand

I seriously doubt it based on the mass of the vehicle involved.

Brogan said:
I seriously doubt it based on the mass of the vehicle involved.
Click to expand

They could always make it a sapphire canopy supported by carbon nanotubes. That will help keep the costs down in F1.

Contributor
No - we've all been reminded that motorsport is dangerous, but without the whiff of danger, the spectacle would be diminished.

What's next, anyway? Ejector seats? Bubble wrap? I can hear Sir Stirling winding up for one of his "in my day..." moans about how much more alive they felt when they wore leather skullcaps and flying goggles and drove without seatbelts while sitting in a pool of kerosene.

Valued Member
Don't put canopies on the cars, just don't let other vehicles on to the track when the cars are travelling at racing speeds, including whatever the reduction is supposed to be for a double waved yellow 'cos it's still pretty fast.

Valued Member
Just a thought, following on from marksawatsky's post in the Japanese PQR thread, the cranes need to be mobile to move the cars so why not have a mobile crane which can lift from behind the crash barrier? If the car is too far away for the crane to reach then the safety car comes out or they red flag the race as there is an unauthorised (couldn't think of a better word) vehicle on the circuit. It might mean the circuit owners have to put a service road all round the inside of the barriers but would this be a major problem? Cost, yes. Problem, no.

Anyone else remember the ambulance in Korea a few years ago trundling down the main straight? Wonder what would have happened if a car had rear ended that at race speed?

Contributor
Even more to hit them in the head surely?
M

Contributor
Maybe this would help..

Contributor
Here's another crazy idea. This is my nephew's quad bike, it can easily pull a full size passenger car around. How hard would it be to quickly pull an F1 car to a safer place? Sure, there may be more damage sustained to the floor or whatever but it would be quicker and safer than that big JCB used in Japan 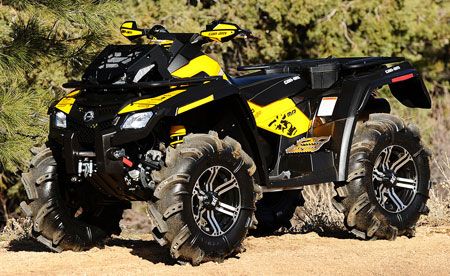 Contributor
marksawatsky if you'ever watched touring car races you'll know that they tow cars out of the gravel traps (no roll hoops to attach a crane hook to) and it takes ages because they dig in.

Chad Stewarthill said:
marksawatsky if you'ever watched touring car races you'll know that they tow cars out of the gravel traps (no roll hoops to attach a crane hook to) and it takes ages because they dig in.
Click to expand

You're right, back to helicopters!

If the drivers are concerned about their safety and the canopies increase it, then it is time for canopies.
Canopies however, will not save the lives of marshals, who risk their lives when recovering a car. The procedures that follow once a car has stopped must also be reconsidered.


Road of Bones said:
No - we've all been reminded that motorsport is dangerous, but without the whiff of danger, the spectacle would be diminished.
Click to expand

Motorsport is dangerous, but the sport should always strive for maximum safety.
Whoever rejects this ambition for his/her own entertainment is a sensationalist. Even with a canopy it will remain dangerous, although the audience may have a different perception.
Last edited: 8 October 2014

Contributor
Interesting all the comments on the Bianchi crash not being helped by a canopy.

Firstly the truck was lifted in the impact. The video is in the Bianchi thread. The truck lifts a good few feet off the ground where the Marrusia passes under the rear end of the truck. So yes the truck is heavy but it was already lifted so the canopy would have additional effect. Its simple physics. It is this deflection from the lower nose ramping up that probably prevented Bianchi being decapitated. The canopy would have effectively extended this ramp over his head.

Secondly let me ask you a question. If it was you in that car and you were having the crash, would you rather have the canopy or not bother. I know which one I would choose.

I agree that no tractors on track is essential, but I believe canopies are still a good idea. Massa would still of been injured even with a tractor ban.

Also how many times have we seen crashing cars flying past other drivers heads in crashes over the years. Again a canopy would provide a shield against such incidents. As it would if a car rolled in a gravel trap where the roll hoop is totally ineffective.

How many have to die before its a good idea? 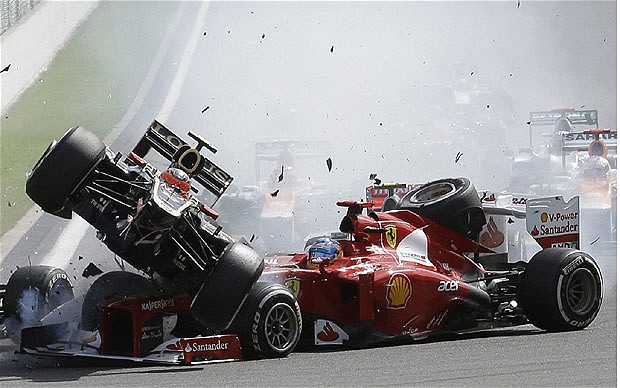 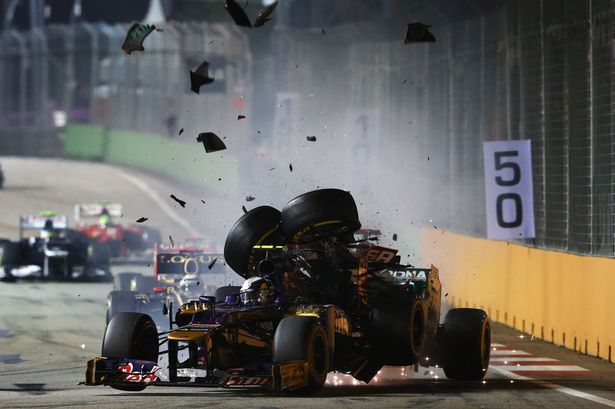 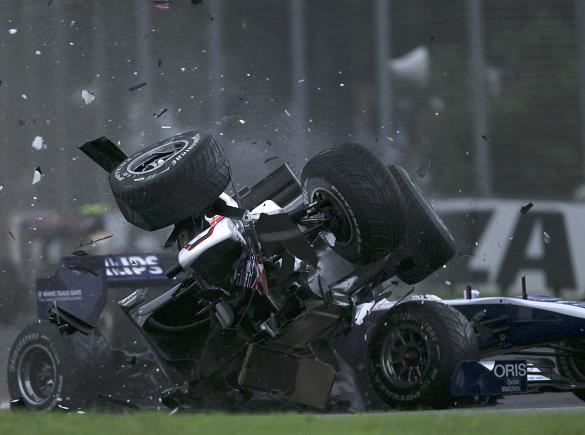 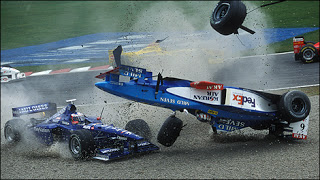 Contributor
Claire Williams thinks it should be on the table.

Contributor
If you want to go by what people think just take a look at the poll. Yes canopies could be safer in certain circumstances but you asked do us as fans want to see them and the answer is a resounding no.

Whether fans want canopies or not, it doesn't matter, the drivers are the ones who must decide if they want them and they increase their safety, after all, the fans aren't the ones putting their lives at risk.

The fans don't want drivers to sustain injuries like Massa, Bianchi did and Alonso and Coulthard nearly did but also don't want to prevent such injuries by implementing additional safety features. There's the conflict but in the interest of the drivers safety steps should be taken and peoples minds should go beyond the interest for the danger of the sport (which will remain anyhow) and the aesthetics.
Last edited: 8 October 2014