If you were to add a new country to the calendar, what would it be?

Personally I want an Antarctica race. Would give excellent technical and logistical challenges.

What would you add?

Contributor
Well, seeing as the USA, Russia and France are due to join the calendar, I would say South Africa, we F1 can be truly 'global' and have a race on every (populated) calendar.

After that, I would add Argentina and Mexico.

Valued Member
I agree that a race on the African continent is the major omission. South Africa is a logical choice, but international races used to be held on the North African coast - Morocco and Libya - in the past, and perhaps when the so-called Arab Spring has run its course that could be an option again? Even if not the top priority immediately, of course.

Plus I don't like the current layout at Kyalami at all.

Weren't they talking about a race in Cape Town or Durban?

(closest I could get to pirate)

So thats a request for a face palm smiley and a pirate smiley to add to the list.

Valued Member
One thing I will say in favour of Kyalami - it doesn't run through the middle of a stadium partway through the lap!

In all seriousness a new circuit might be ok - I had just assumed Kyalami was the obvious choice.

I want a race in the Netherlands, but that's for purely selfish reasons

An African GP would be nice. Not sure where, though... Morocco and South Africa would be my first two choices...

Birmingham! Or somewhere in africa, south africa preferably, wild cards on Cameroon or Nigeria though

Galahad said:
One thing I will say in favour of Kyalami - it doesn't run through the middle of a stadium partway through the lap!
Click to expand

Yeah, we don't need that. Might get horrible flashbacks to England vs Algeria at the last World Cup...

New Zealand, since you asked.

Contributor
There is a very good reason why there are no races in Africa, it is largely very poor, and there are a lot of nasty dictators. Only the southern countries and those on the Mediterranean coast could hold races. South Africa, Mozambique, and South Rhodesia (Zimbabwe) all held F1 races in the sixties as part of the South African F1 championship. There is also a circuit in Angola (near Luanda I think), and Namibia could probably hold a race with some effort.

Whilst the Mediterranean is still unsettled, probably only Egypt, and maybe Tunisia have the money to hold a race, but they all have lots of oil to help raise funds.

Yep, New Zealand for me as well.

Perhaps it could go through my friend's street, and I could get a free holiday and another GP (if I could persuade my parents, of course)?

Or one in Jamaican or The Bahamas

New Zealand would be ideal too, I was thinking about a Grand Prix there recently, has nice scenery

This could be the allocated snow tyres, for the Scottish GP!

Contributor
Bernie's main criteria obviously is a large history of motor racing. So let's go to Oman or Jemen. I like North Korea as well. Thanks Vortex for this awesome suggestion

If all Bernie wants is nice views, what about this place: 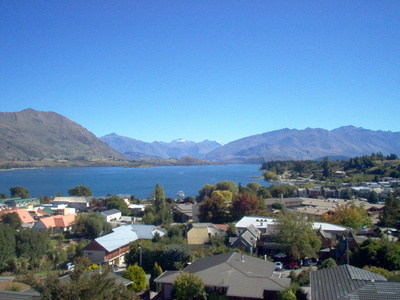 (not on the lake, obviously! Although that might be a thought...

If you're referring to the picture, thats New Zealand. But what about starting a race in Italy and driving over the lake into Switzerland? There is a thought...

It would be good until their stopped by the border officers!

That could count as the pit stop. Who could clear customs the fastest?