Greatest and worst ever circuits 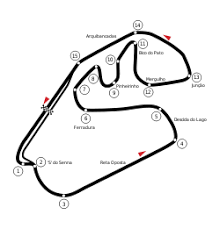 Osterreichenring (I can never spell that right) 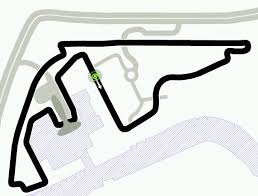 I won't create a poll until after we have enough nominations (I'm thinking 5 for each category?)

It will be interesting to know what different people class as a classic circuit and a rubbish one, and their reasons behind it.

I'd replace yas marina with barain, at least yas marina visually looks incredible, with the day to night change
Bahrain is just sand in the middle of a desert, nothing at all of interest. Equally rubbish overtaking!!!!

Contributor
Aaahhh... forgot about Las Vegas! And after seeing the BTCC, I have to conclude that Brands Hatch is a brilliant circuit.

And I suppose you can at least overtake at Bahrain - it's on the quality of the circuit, not its surroundings.

How about the old nurburgring, and Spa, in any format (apart for the mid 90s chichane) for best.

Dunno about worst, my mind seems to block out the really dull races (fortunately!)

Contributor
Greatest's: Suzuka, Spa, Montreal and Interlagos for me

Others worth a mention: Melbourne and Sliverstone.

Worst: Valencia, Barcelona and Bahrain for me

Others worth a mention: A1 Ring and China.

Worst Circuits
- Valencia
- Catalunya
- Las Vegas
- Bahrain
- Yas Marina (so much money spent, and then such a rubbish circuit, who gives a **** about a nice hotel in the vicinity, and personally I think even the hotel is utter shit)

Staff Member
Premium Contributor
I'm going to have to restrict my nominations to those that have been used during my time watching F1 otherwise I'd love to say things like the full Spa, Ring or Monza with banks but as I never saw those tracks in use for real I don't think it's fair. So for me:

1) Spa - Theres just something about the place.
2) Kyalami - I've no idea why I love this track so much but it always seemed to make for great racing. Perhaps it was the alititude
3) Brands - No better a first corner any where in the world

1) Valencia - Why, for crying out loud WHY !!! I know its not about the race it's about the money but for crying out loud Bernie, there's a purpose built track just down the road that you could Tilke to your hearts content and it would still be better than this excuse for a strip of Tarmac.
2) Yas Marina - The only circuit in the world where a driver can make a mistake on a Sunday afternoon and hit the barrier on Monday. A dull as hell farce of a track for the simple benefit of the "Paddock Club"
3) Indianapolis - Take one legenedary US raceway, build a boring, tight, infield and hope to attract as many paying Americans as you can with the promise of great racing. For the rest of the world, give them the thrilling prospect of seeing F1 cars return to a banked circuit, well at least one corner of a banked circuit. What did we learn from this? F1 cars are more likely to smash themselves to bits when going round a banked corner and the whole sport left most American fans wondering why they'd bothered to turn up.

Just out side the top 3:

Best - Canada - Just for the wall of champions alone

Worst - The new Hockenheim - A great track just had its crown jewels cut off !!

Premium Contributor
Only been watching since '07...

no-FIAt-please said:
Only been watching since '07...

You can't, or maybe you're trying to catch me out!!!

I haven't seen a lot of older tracks, I still need to get around to watching some of those older races, so these are all recently used tracks:

Tacitus said:
You can't, or maybe you're trying to catch me out!!!

Valued Member
I'm going to include circuits that had stopped hosting F1 when I started watching, as to do otherwise would be to exclude the one that is, for me, undoubtedly the best and by a wide margin:

Worst:
Abu Dhabi & Bohrain, I cant distinguish the two without thinking about it.
Valencia street track
New Hokenhiem, the tracks lost its individuality
Valencia street circuit, so bad I’m saying it again.
Any of the new Tilke tracks, Turkey was ok but they’re just so sterile and similar, same corners and a straight just in different orders.
I cant even recall the other tracks I dislike, I know there’s more, just they’re so dull I cant remember them.

I like organic tracks that seem to have grown out of the land, like Brands, Interlagos or Spa, these new ones just leave me numb. Beautiful scenery or hotels by the track doesn’t make a good track, only the track makes a good track, think it would be obvious wouldn’t ya. lol

Your Winner: CIRCUIT GILLES VILLENEUVE​
No other track quite produces the same kind of spectacle consistently. It has a setting which is, when you consider it, wonderfully spectacular. The best have all been caught out on its walls, and it has a flow to the first half as well as the Overtaking chance of the second half.​
Worst: Nominees: Barcelona, Sakhir "Endurance", Imola (yes, really!)

Your Winner: VALENCIA STREET CIRCUIT​
A new Monaco, you say? A few changes? Not a slow speed race, no, a quick one. Fair enough, sounds like Montreal, actually, a high speed street circuit! Those walls will catch you out. Except they won't, will they? In 4 years at a "Street Circuit" the walls have remained untroubled, essentially because they're in Albacete! And there is a difference between a harbour and a dock! But it has a swing bridge, so thats all right then.​
Circuits have often been accused of looking better than the races on them [Monaco, Abu Dhabi, Singapore]. Valencia looks like, feels like and is, the worst circuit in the world.​

Contributor
I largely agree with Galahad, but would add St. Jovite, Montjuich Park, Rouen and Clermont Ferrand to the "best" list. Ironic that French circuits rate so high with me when the country isn't even allowed to host a GP now. What a travesty!

Worst:
Most the Tilke tracks
Bugatti

I have to say that my list is going to be simply the worst.....

One of the attractions of motor racing for me when I first started watching was is unique quality of each and every circuit. To go from (say) Rheims to Brands to Zandvoort to the Nurburgring to Monza was such a change in amosphere and appearance that something as dull as football or cricket simply couldn't compete.

Perhaps it is a mark of how standards have fallen that tracks like the new Nurburgring or Hungaroring are now considered "classics" by many.

That said, the Hungaroring DOES seem to provide better racing these days than it ever did in the first 20 or so years.

Actually, Pacific Ocean Blue - I personally can't stand the Nurburgring - it's marginally better since they revised the first corner, but it's just not a very interesting circuit (Particularly when you consider that the Nordschleiffe is just around the corner!)...

Greatest and worst circuits - the results
2