Valued Member
Can anyone tell me who's used how many engines so far this season, I have had a sniff round but can't get a straight answer.

Just having a think with Spa and Monza which are two power circuits(ish) coming up we might be entering the phase of the season where a new powerplant might come in handy. That said, I've not seen that many go bang so far this year - and surprisingly-ish not that many Cosworths.

Have a DFV as thanks. 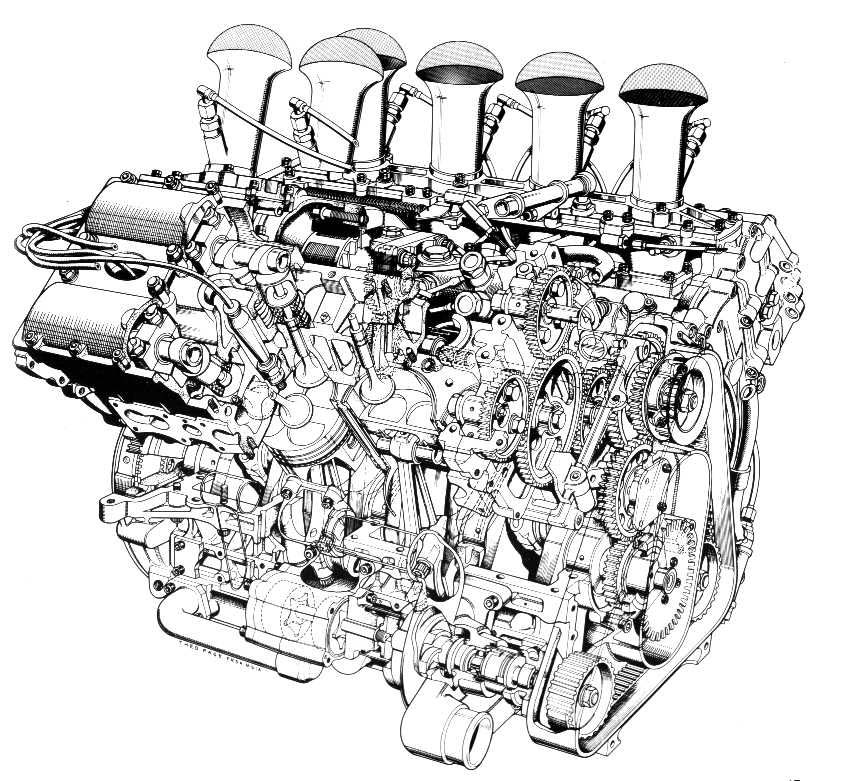 Interesting to see that Vettel & Alonso has used 6 engines, where as Button, Hamilton & Webber have only used 5.

With the next 2 races with high % @ full throttle, could we see 2 title contenders in Vettel & Alonso use their 7th & 8th engines, and therefore compromise the remaining season with having to reflect on their driving style.

Alonso in particular used engines 1 & 2 @ Bahrain, and has since uses an engine for 3 races since, could his 6th engine take a Spa GP?

Interesting stuff but call me daft, what's the key for Gearbox data? Am I right in saying 'New' & 'Old'?

Staff Member
N denotes a new gearbox and O denotes that same gearbox being used for the next events.
Bearing in mind they have to last 4 events so it should be N O O O and repeat.
If not then the driver gets a penalty.

I never realised people were interested in this stuff otherwise I would have put it on the standings thread.

Brogan said:
... so it should be N O O O and repeat.
Click to expand

Contributor
What's the penalty for using an 'extra' engine? A grid drop for one race or something more excessive?

Staff Member
It's a 5 place grid drop for a gearbox not lasting 4 events.

And a one off 10 place grid drop for every engine you use over the allotted 8.

Contributor
It is interesting to me that Webber used the same engine in the last race as the race before, where it had "oil consumption problems". How could the team remedy such a problem without getting into the guts of the engine (and the rules wouldn't allow that would they)?

I would think that, if the problem were a leak outside of the engine, it would have been large enough to coat various parts of the car (and I saw no visible signs of this) and to lay oil down on the circuit, causing Webber to receive a black flag. I'm confused.
B

Could have been a pump issue, that would be pretty simple to replace.

Contributor
It looks like everyone apart from Petrov will be bringing a new engine to Spa.

Another interesting fact is that most drivers are using their engines at the same rate as their team mate apart from Vettel and De La Rosa who are been quite harsh to their engines and Petrov who seems to be treating his engine like a new born baby.

At 1st glance you wouldn't think Vettel was using his engines up faster than most of the drivers until you just look at the Renault figures. Its also worth noting that the Toro Rosso looks after its engines better than the works Ferrari team.

The cosworth engine data is a bit harder to judge as there a lot more factors to consider with the new teams but Rubens and the Lotuses seem to be making them work.

Its all just numbers and until we get to the closing races we won't know if any teams will have to start taking penalties. Apart from Monza and Spa are any of the closing tracks real engine munchers?

Valued Member
Sorry, F1Yorkshire, can we have a link to the numbers please?

teabagyokel said:
Sorry, F1Yorkshire, can we have a link to the numbers please?
Click to expand

Its the link that Chimera posted:

It could also be due to the fact that the Toro Rosso has finished less races than the Ferrari. We should try and compile how many laps each engine has done before it was replaced. Ferrari will probably be using their 7th new engine this next race but we don't know how many of their previous engines can be used again.

siffert_fan said:
Ferrari will probably be using their 7th new engine this next race but we don't know how many of their previous engines can be used again.
Click to expand

This is a key point. Teams don't necessarily switch engines because the previous one has come to the maximum mileage; I suspect we'll see some of the older engines resurrected for Singapore, for example, where engine stress is likely to be lower. Conversely there will be a temptation to use new ones for both Spa and Monza, and then use those units for the second (and perhaps third) time at later races.

Contributor
If they carry on at thier rate of 3 races per engine, the ferrari's will have engine 8 on its third race in abu dhabi, and only de la rosa will run out of engines.

Bullfrog said:
Could have been a pump issue, that would be pretty simple to replace.
Click to expand

F1Yorkshire said:
We should try and compile how many laps each engine has done before it was replaced.
Click to expand

That wouldn't be impossible to do but you'd have to factor in all the Friday and Saturday practice sessions too.
Which would mean finding out which engine was used for which session (P1, P2, P3, Q, Race) and how many laps were done in each.

All of that information is available in the FIA documents as far as I am aware.

Rather you than me

I suspect though that someone, somewhere will have already done it, most likely on F1Technical.net

Valued Member
I also thought that it may be that most of the engines are lasting their cycles because come the final part of the race a lot of them will be turned down (yellowG5'd) to conserve fuel, thus helping to protect the engine?