I knew there was the remnants of an old racing track near Reims, and yesterday went there. It was AMAZING! I love old things that make you feel like you stepping back in history, and this track was like that. When I say track, the track itself is now part of the normal road network, and a part is just disused, but the pits are all there along the side of the road as are the stands and the time keeping pavilion. The pits are tiny compared to today's pits and they're the other side of a wall, there are photos of some of the famous drivers who competed there and all the old advertising signs are above the pits.
Today ( Sunday 18th Sept) it was the tracks 90th anniversary, if only I'd have known that I'd have arranged the visit for today instead of yesterday. They were putting on an event with old historic race cars. Three guys were coming over from Australia too honour Brabham. He won at this track as a driver and as a constructor, an achievement that I don't think has been repeated elsewhere.
Some of the names that raced at the track are iconic names from history....Fangio, Chiron, Nuvolari, Hawthorn, Collins, Brooks, Brabham, Baghetti, Clark, Surtees, Hill.
The track was first used in 1926. It was used for the French Grand Prix of Formula 1 from 1950 to 1966. It was eventually closed in 1972.
At the moment it's looked after by a group of enthusiasts called 'Les Amis du Curcuit de Gueux'. The following link is from their site. The translation from French is poor but there are s. ome old photos and you can see the names and the events.

Here are a few photos of what it looks like now. 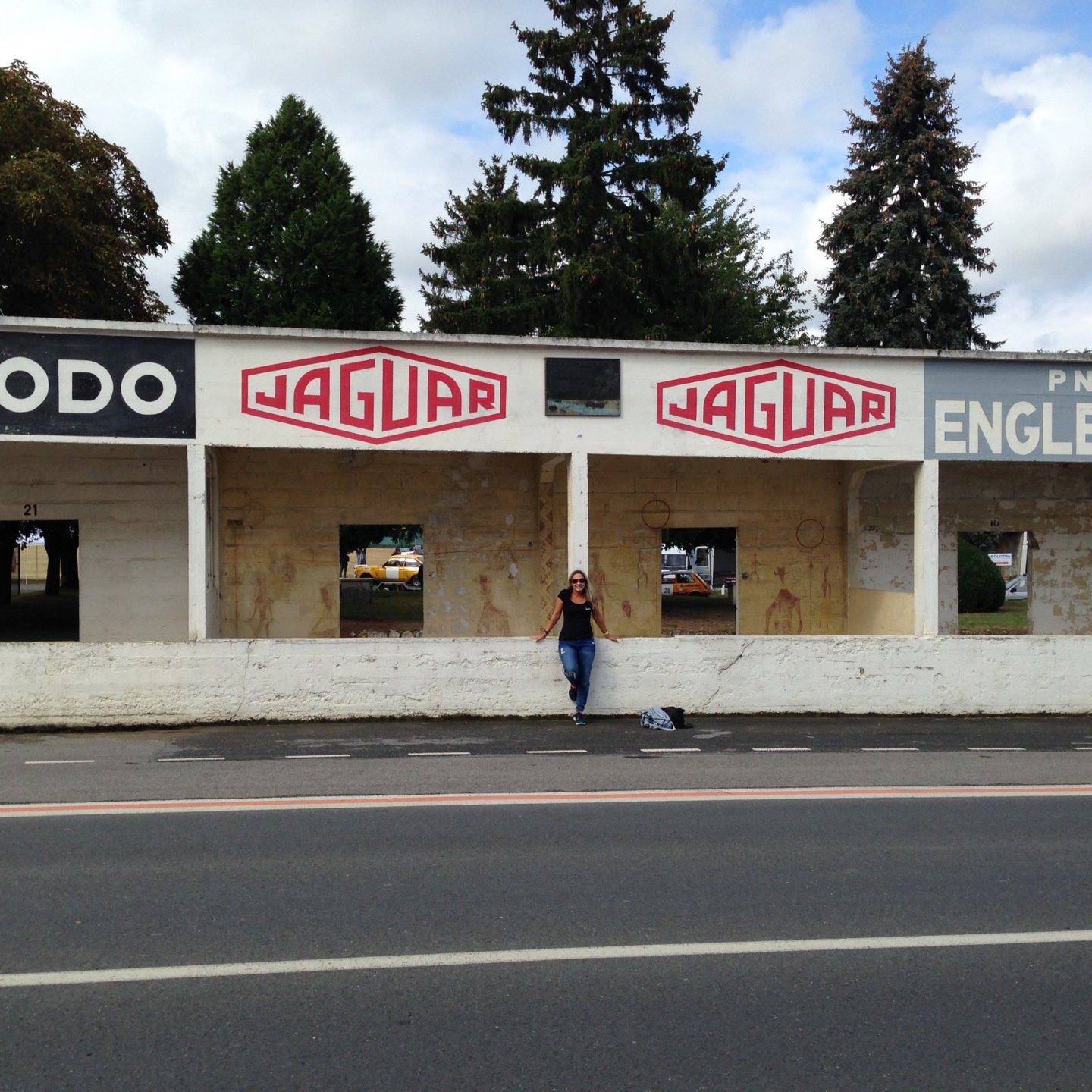 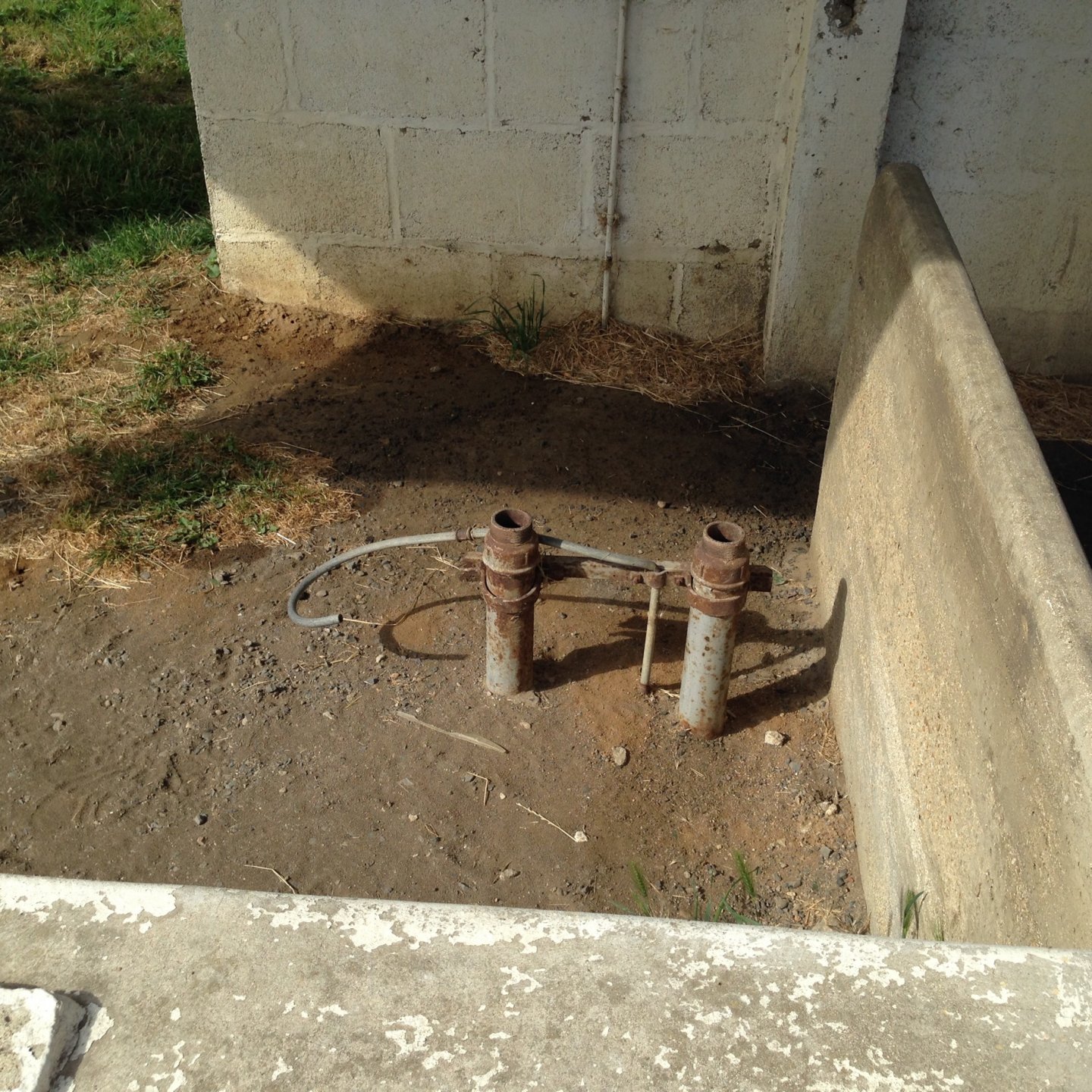 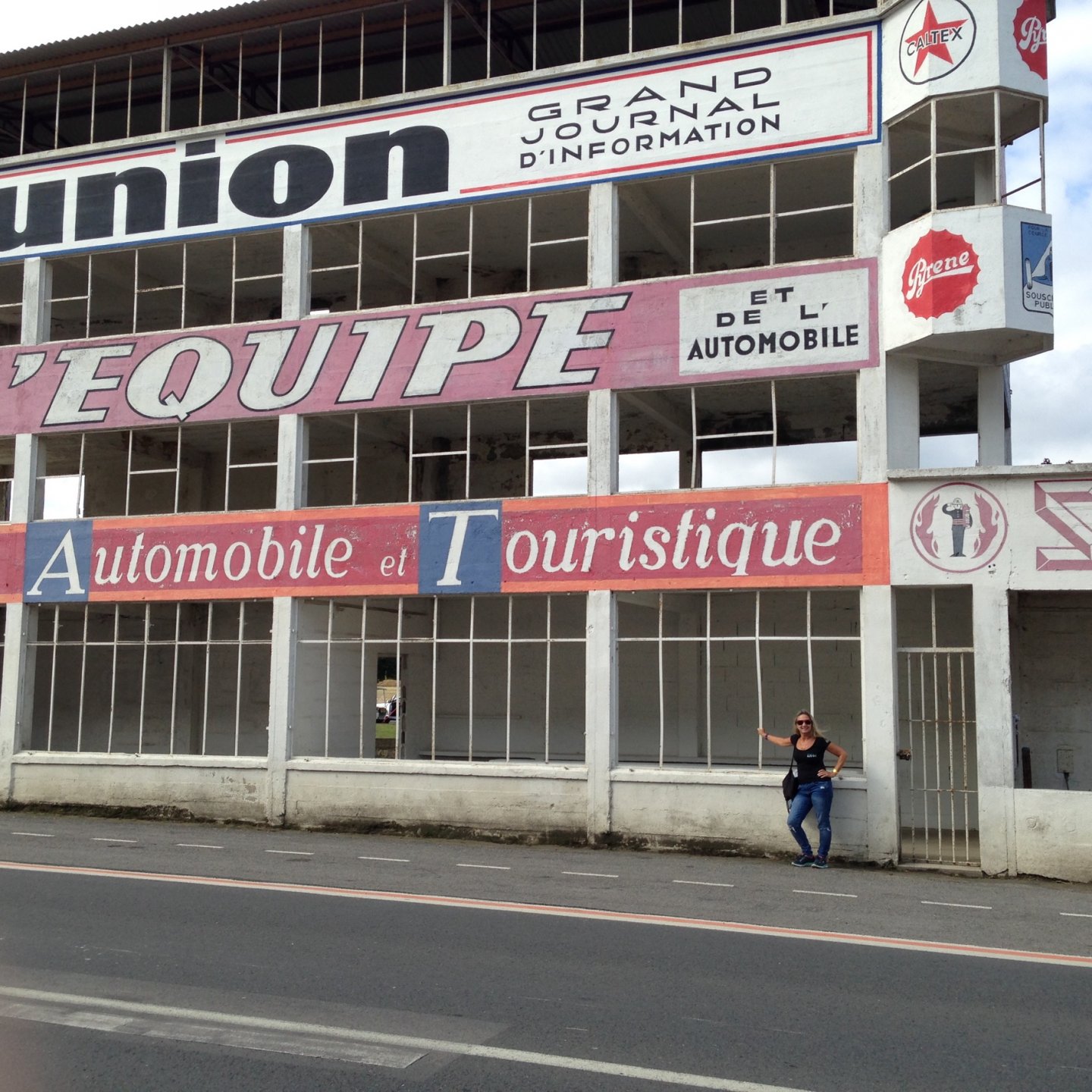 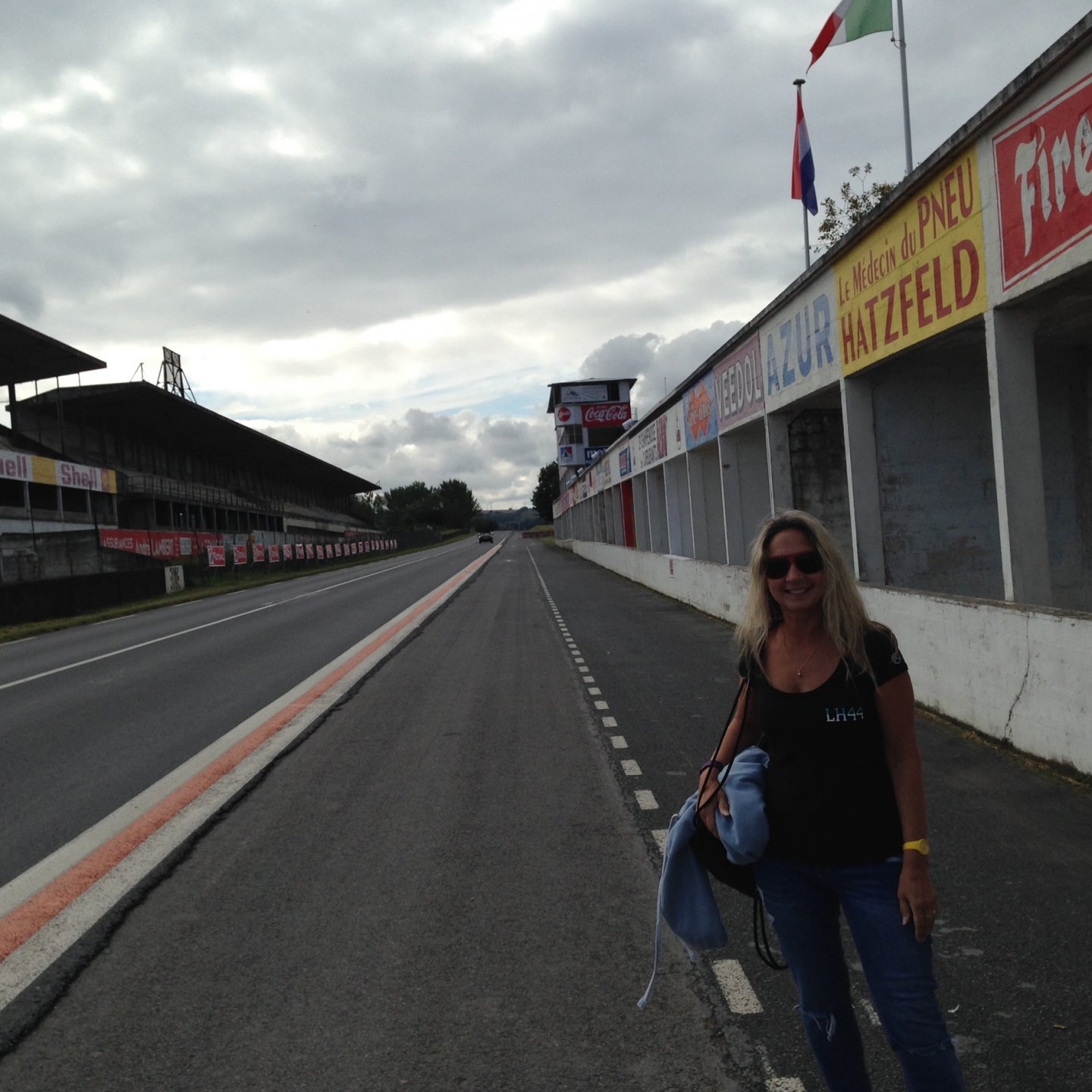 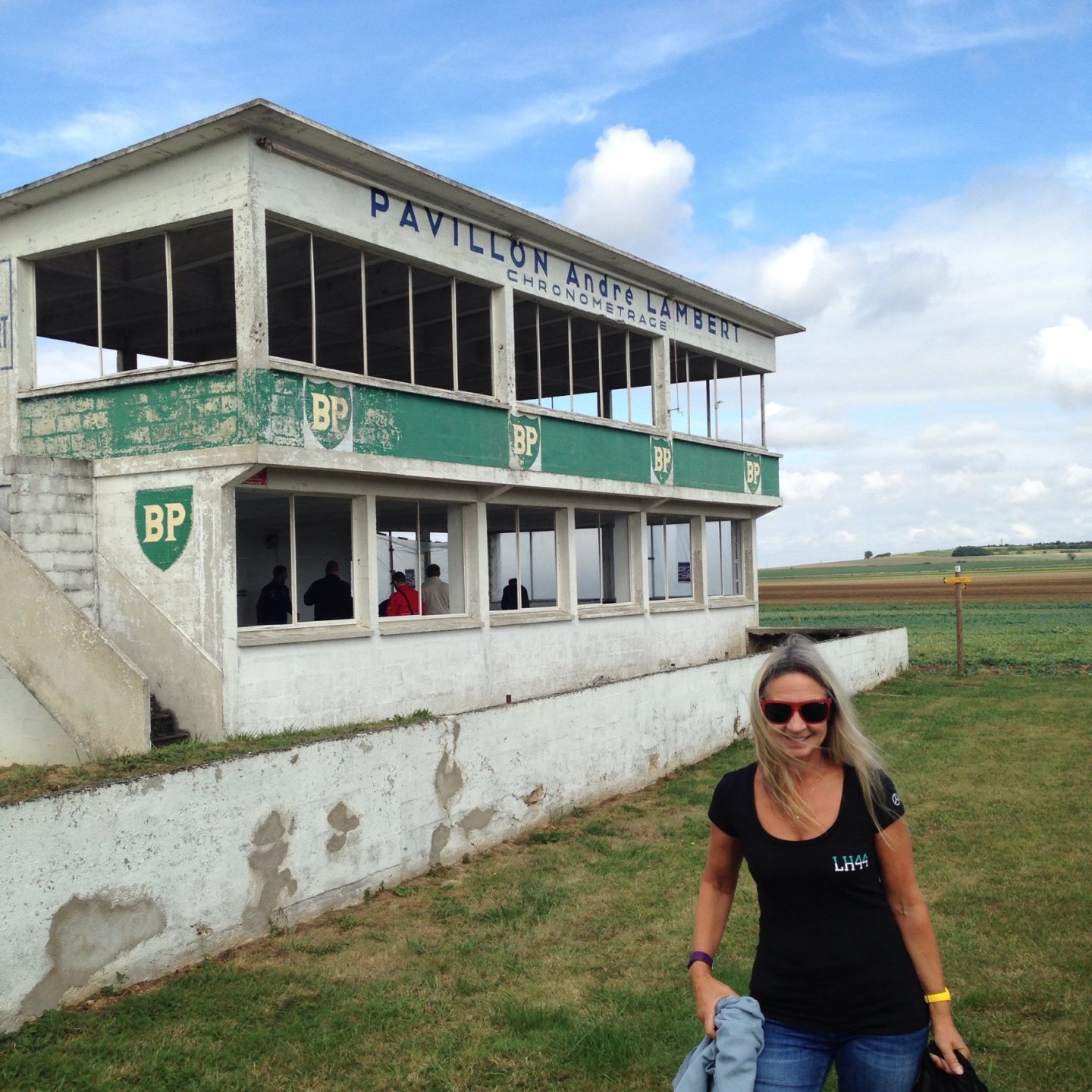 Contributor
Was that woman there the whole time?

Yeah. Kept getting on all the damn photos!!

Staff Member
Premium Contributor
At least we weren't treated to the crocks this time.

I always found it fascinating looking at renments of disused tracks of disused bits off track. I did a thread about them a while ago which I somehow forgot about a wee bit: Ghosts Of Circuits Pasts...

Maybe I'll see if I or anybody on here can think of zoming up with a few more?...

Or course nothing beats actually being there in person! Which is s relatively easy thing to do for those attending some of the GP' s on the current calendar. Sections of the old tracks at Spa, Monza or the Nurburg are still accessible for those who fancy a bit of a trek when attending GP week-ends.
Last edited: 20 September 2016

Pretty much the whole Nordschleife of the Nürburgring is still accessible. You can even drive (or crash) your car there, if you want.

That sounds excellent Wombcat ! I'd like to do that. I saw quite a bit of the old track at Monza last year wandering around trying to find my grandstand. I couldn't believe how steep the banking was.

Staff Member
Premium Contributor
Visits to Monza, Silverstone, Reims.... and they say teachers are under paid.

racecub To clarify my prevvious post: at the Nürburgring the trak is accessible for cars, not for pedestrians.
More info here: Tourist rides

Once a year there's also a run at the Nürburgring: START - Nürburgring-Lauf Seems like it wasn't held this year.

And a bikerace: https://www.radamring.de/de/
Usually in the months before the bikerace, the track is also a few times open for cyclists.
I've done the bikerace twice. In 2013 the 75 km, in 2014 the 150 km. Last year I was going to do the 150 as well, but it was cancelled due to stormy weather.
My best laptime is about 41 minutes and 30 seconds I think.

Wombcat said:
racecub To clarify my prevvious post: at the Nürburgring the trak is accessible for cars, not for pedestrians.
More info here: Tourist rides....
Click to expand

I've just looked, it used to be a lot cheaper than that even allowing for inflation in the days when I persuaded my father to drive us round it. BMW were doing some testing, we stayed on the outside at the Karussell as one of the Beemers went round the banking at high speed.

racecub said:
I saw quite a bit of the old track at Monza last year wandering around trying to find my grandstand. I couldn't believe how steep the banking was.
Click to expand

If you thought the banking at Monza is steep, how about the one they had at the Avus?! 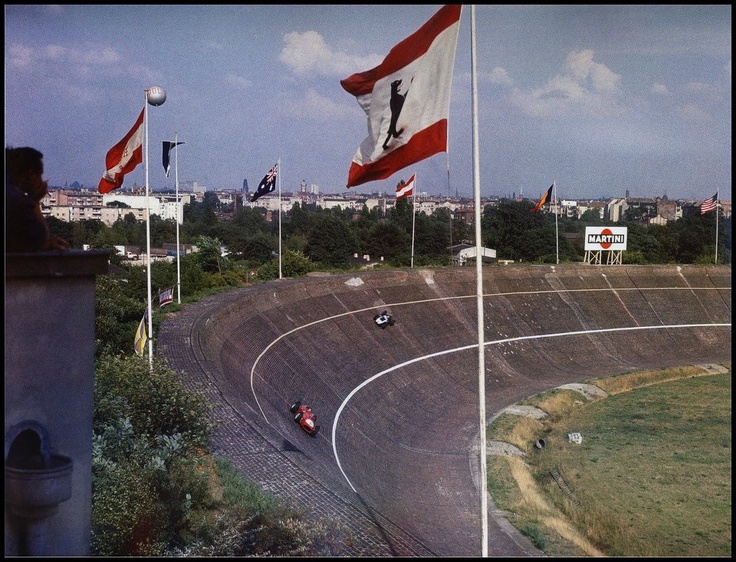 Didn't even have any barrier at the top! Cor they were really were bonkers in them days...

I see some white lines there. Would those dirvers be crossing those lines as much as today's dirvers?

It's incredible that they drove on banking like that.

I've seen some pictures of the old track at Brooklands . I'm not sure how much of it is still there now. I think it got broken up and used as an airfield during the war. But that was mega too. I'll see if I can find a pic.

Edit: Not sure if I'm getting my old tracks mixed up because the one I'm thinking of had wooden banking?
Anyway Brooklands was the worlds first purpose built race track and it's getting renovated. Some info about it here.
Brooklands Museum receives £5m grant for racetrack revival
Last edited: 26 September 2016

Valued Member
racecub much of the Brooklands banking is still there, there is Mercedes Benz world, last time I was there they had an exploded F1 car hanging from the roof, and you can do some driving experiences too. There is also an airplane museum, and you can see the old hill climb too, not a bad couple of hours spent there a few years back with my 2 boys.

James May did one of his toy stories from Brooklands, using Scalextric to complete a lap. He needed to go through a new housing estate, and some offices, but managed it! 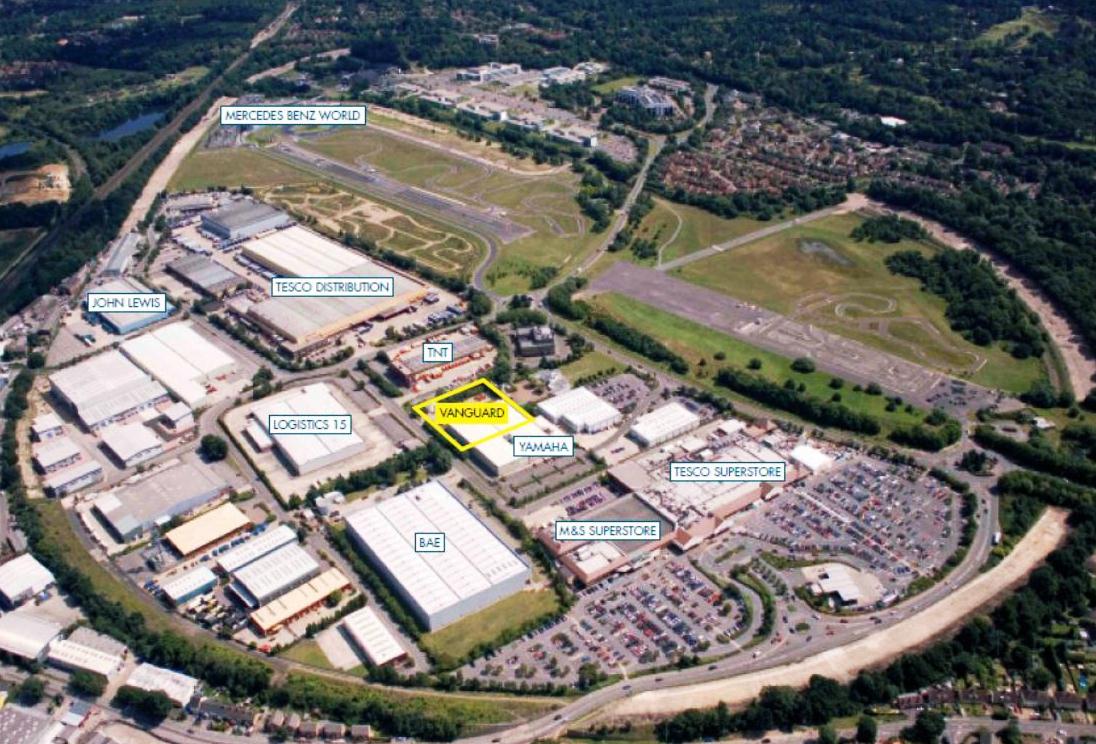 If we' re talking banked corners on tracks though, the maddest, most surreal thing ever has to be FIAT' s Linguotto test track. I don't know that there ever was any racing held on it though, which is probably just as well... 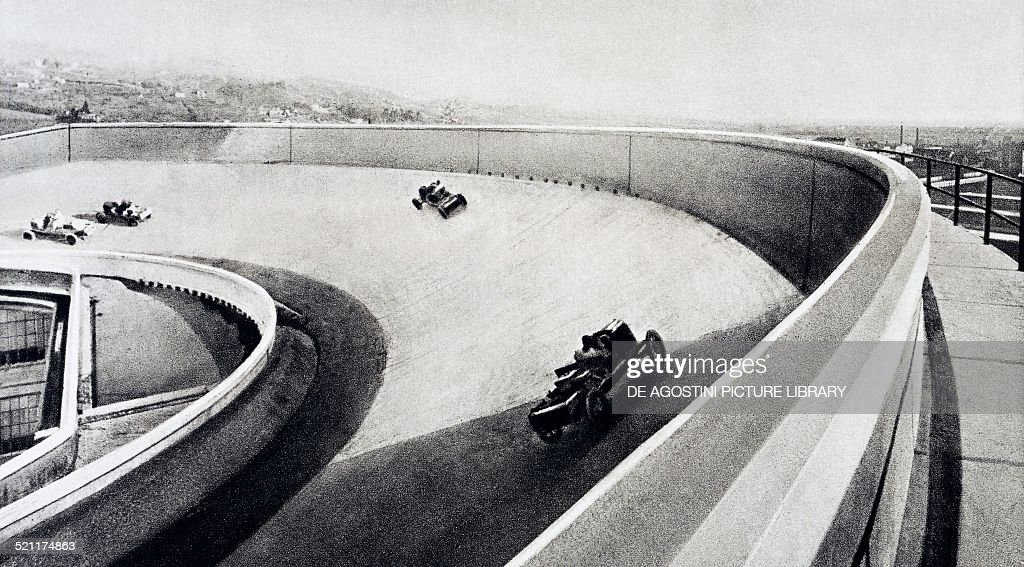 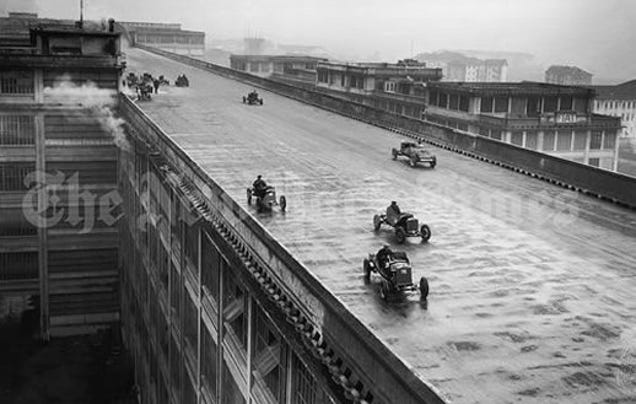 There's a scene in The Italian Job that takes place on I bet there are plenty of people when they saw it who didn't realise that it really IS an actual track on a roof.
Last edited: 26 September 2016

Staff Member
Premium Contributor
Part of the old Brooklands circuit has been cut through by a public road. I drove through that way a few years ago, saw a sign that said Brooklands and wondered if I was near to the old track. I looked over and suddenly realised I was looking at part of the old banking and had driven into what was once the infield. Very strange to have such an iconic venue nestled in the middle of ordinary life.

The Pits I went toMercedes world and saw the exploded car, its cool! I met some other Mercedes fans there. I was hoping to see the old track but didn't really have time to explore. At Mercedes world they have a little cinema, and if you're there when an F1 race is on they show them and you can watch them for free. That's what we did, it was really good.

Incubus, I went looking for that rooftop test track this summer, I found the area just outside Turin, but couldn't find the building. It's a hotel now with a helipad on top, but you can still get up there. If you go to the hotel and have a drink or a meal, you can wander up. There's a motor museum in the area too. I found that, but it was halfclosing day!

Have to try that again!

Cycling tracks are just as steep.

And sometimes that isn't enought: a nice picture from the Olympics: 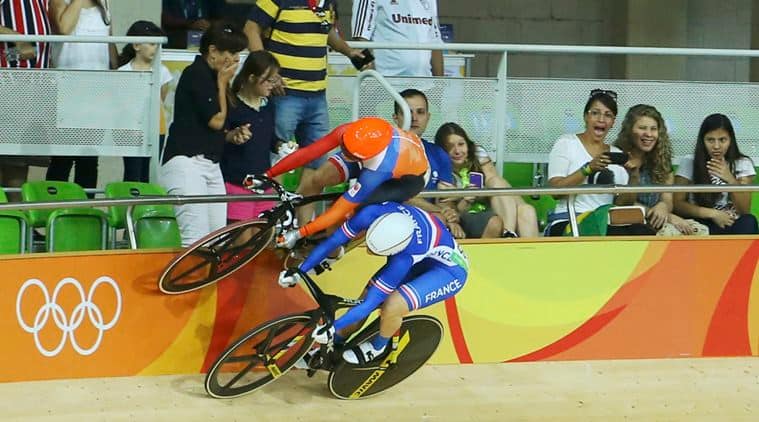 (Due to a crash at the bottom of the banking, the french rider got pushed up on the banking, she (inadvertantly) pushed the dutch rider further up the banking, and even onto the boarding).
Last edited: 26 September 2016