Are Mclaren all they are cracked up to be in the pit lane?

Valued Member
Is it me or Mclarens pit crew not the sharpest when it comes to pit stops, and generally all the problems in the pit seems to happen on Hamilton's car....

Hamilton is on for a possible podium despite suffering a penalty in qualifying, as he comes in on lap 19 for tyres and fuel, a problem on his left front costing him nearly half a minute which eventually meant he finished in fifth while his team mate Heikki Kovalainen finished third.

Hamilton is fighting for the lead with Barrichello but at his pit stop the team haven't even got the tyres out, this costs Hamilton any serious chance of winning the race but then even without the tyre issues he still would have come out behind Barrichello and with there being 0 overtakes in the race, an overtake on the Brawn would have been unlikely

Hamilton was making up ground after a poor start where he dropped behind Alonso and Button but after eventually overtaking Button he was on target for a place on the podium until his first pit stop, another problem on the front tyre cost him time and to make matters worse he had to wait as Ferrari's Felipe Massa came into the pits, he eventually finished fourth.

Also as we all know Mclaren haven't been known recently for their strategy calls but thats a matter for another thread, do feel free to pick out any that I've missed.

Valued Member
In all fairness I still haven't watched it yet

MCLS said:
In all fairness I still haven't watched it yet

Well get to it!

Valued Member
What happened anyway at the pit stop?

In all fairness, i think all the major teams had problems with pitstops in Monaco (could Monaco been the the probelm, haven't heard much about what went wrong for most people, Haven't the buildings caused problems with radio communications in the past and with stratergy being reactionary rather then set in stone from the start of the race, even Sat morning)

From my own memory, I don't think really they been any worse then Ferrari, in fact, (especally 07-09) Mclaren were better. Im sure RedBull have had one or two probelms too, perhap tho not empasised so much because pre-09 they were more a midfeild team.

Theres' alaways a fine line made worse with so much pressure to get things right in the pitstops. Sometimes Shit happens, and theres not a particular reason for it.

MCLS said:
What happened anyway at the pit stop?

Just before Rascasse they tell Hamilton to box so he can get the undercut and overtake, he goes into the box and it's empty, then all of a sudden the mechanics come spilling out of the garage costing him about 7 seconds, which at Monaco is an awful amount of track position.

Contributor
I think it's safe to say in Monaco, Hamilton was meant to pit the lap after, not the lap he actually came in at.

I think out of the top teams, Ferrari are much worse...just ask Felipe Massa, every race he has a slow pitstop above 4 or 5s.

I've fixed that for you

Fundamentals of pit stopping is also stopping in the right box.....................unless Button thought well the RBR pit crew are so proficient let me try them on for size.

In general and not just McLaren the pit stops have been pretty shoddy this whole season, Ferrari and mostly Massa have had shocking stops this year.

Staff Member
Red Bull have a laser based alignment system.
The mechanics line up their gloves/boards with the laser and the driver then stops in exactly the right spot. 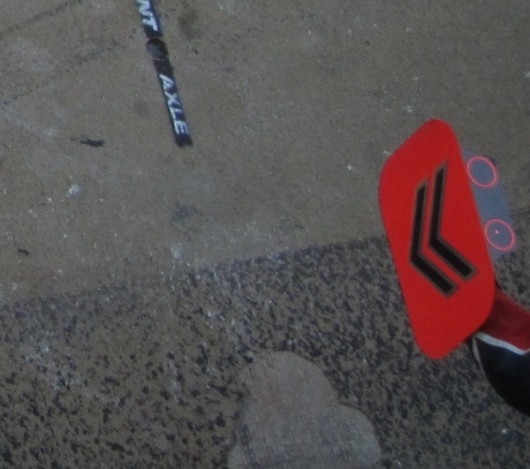 Contributor
Well, they're certainly better than Williams in the mid-90s! I used to tear my teeth out in frustration watching them take twice as long to service Damon as it took Benetton to do the same for Schumi - I mean, how could they not see how much it was compromising their races?

At the risk of being linched, I'll say this ..... McLaren botch their strategies more often than they botch the stops. And, if Lewis was supposed to stop a lap later, what on earth was his engineer thinking of by not waiting until Lewis was on the start/finish straight (or should that be called a curve at Monaco) before giving him the instruction?

Valued Member
like I said Fenderman, that's a conversation for another thread

MCLS said:
like I said Fenderman, that's a conversation for another thread

Damn, have you still not watched it? Sorry, mate!

Fenderman said:
Damn, have you still not watched it? Sorry, mate!

Valued Member
You've confused a point, I meant the botching of Mclaren strategies in general,

MCLS said:
You've confused a point, I meant the botching of Mclaren strategies in general,
Click to expand

Just been hunting around for McLaren strategies thread, can't find one. Does it exist or are you suggesting it should be a new one? With regard to the point, I would think misplaced calls are relevant to how pit crews handle those situations as well. Quite agree about there being a risk of diverting people off of the main thrust of the thread though. So I withdraw my earlier apology and replace it with a new one!