Jenson Button at the Australian GP
OK, they're the April 1 questions, now time to be unusual!

3. Here is a graph showing the top 5 in the Championship in the last 4 races of a season. 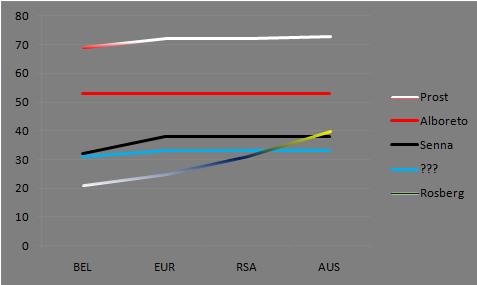 
4. If you assume Ralf, which anyone reasonable would have!

But I'll give you 26, if you insist!
5. This graph shows a percentage 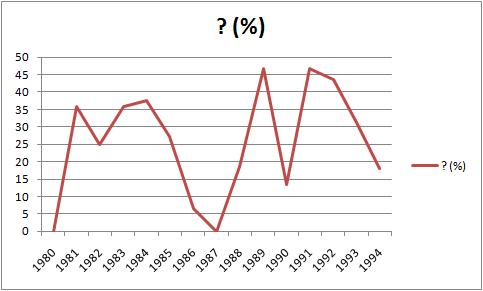 Which statistic is this?


This is Andrea de Cesaris's record of Grand Prix finishes (not including classified but DNF or non-classifieds or DSQs) against Grand Prix starts.
6. Name the winner of the 1952 Swiss GP; it wasn't Ascari!


Monaco GP winners in years ending with 7. So the answer is Alonso!
9. Name the last man before Seb Vettel to sit on pole with Pirellis.

Contributor
1 for Q8, Right answer but I got the connection wrong.

Valued Member
2 - guessed at 8 and got it right but didn't have a clue what the connection was.