My point was cider_and_toast that Max gets a lot of criticism for being a pay driver but Rossi's record is not too different to his. This is a like for like swap really not a talent takes out money moment some people are suggesting.

The record in WSR you listed is indeed impressive but all those wins and podiums came in the same year back in 2011. I was a big fan of Rossi because of that but his season after was mediocre at best. His switch to GP2 showed promise but then dropped away again.

I suspect his F1 career might go the same way with a flourish of brilliance at the start before fading. I hope he proves me wrong.

Staff Member
Premium Contributor
Fair point mate, and you know a lot more about Rossi's route to F1 than I but I'm just making the point that you have to be careful comparing like for like stats in race series. I've no idea how good the cars that each driver was using were or who had the better / bigger team etc.

It's easy for anyone to go on to Wikipedia and just look at results. It's what each driver made of the opportunity when it presented itself.

Supporter
It's all irrelevant now anyway. Another chance goes by the wayside.

Contributor
A shame for Rossi when he was all set to be in. He obviously has a bit of funding though if not as much as Chilton so maybe Marussia will put him in for Texas.

cider_and_toast. I take your point on going to wikipedia and just pasting results but I was just trying to show how perception can twist peoples thinking on drivers. Chilton has a lot of money behind him and probably shouldn't be in F1 but his record is certainly comparable to other drivers also bidding to get into F1 with less obvious funding.

Rossi will get his shot in F1 this weekend. I'm pretty sure everyone including him feel can't get too excited about it.

Wish it had happened in far better circumstances.

The Marussia Formula 1 team will only decide on Friday morning whether or not it will enter two cars at the Russian Grand Prix.
Click to expand

Valued Member
I'm starting to feel for Rossi, the USGP is his third cancelled debut of the season. Just looks like it'll never happen.

Contributor
If he isn't chosen by Haas F1 (assuming they make it to the grid), then he's done in F1, IMO.

Supporter
Looking through the 2011 YDT picture pack I came across this one. Pretty much sums up Rossi's Lotus/Caterham tenure in a nutshell. 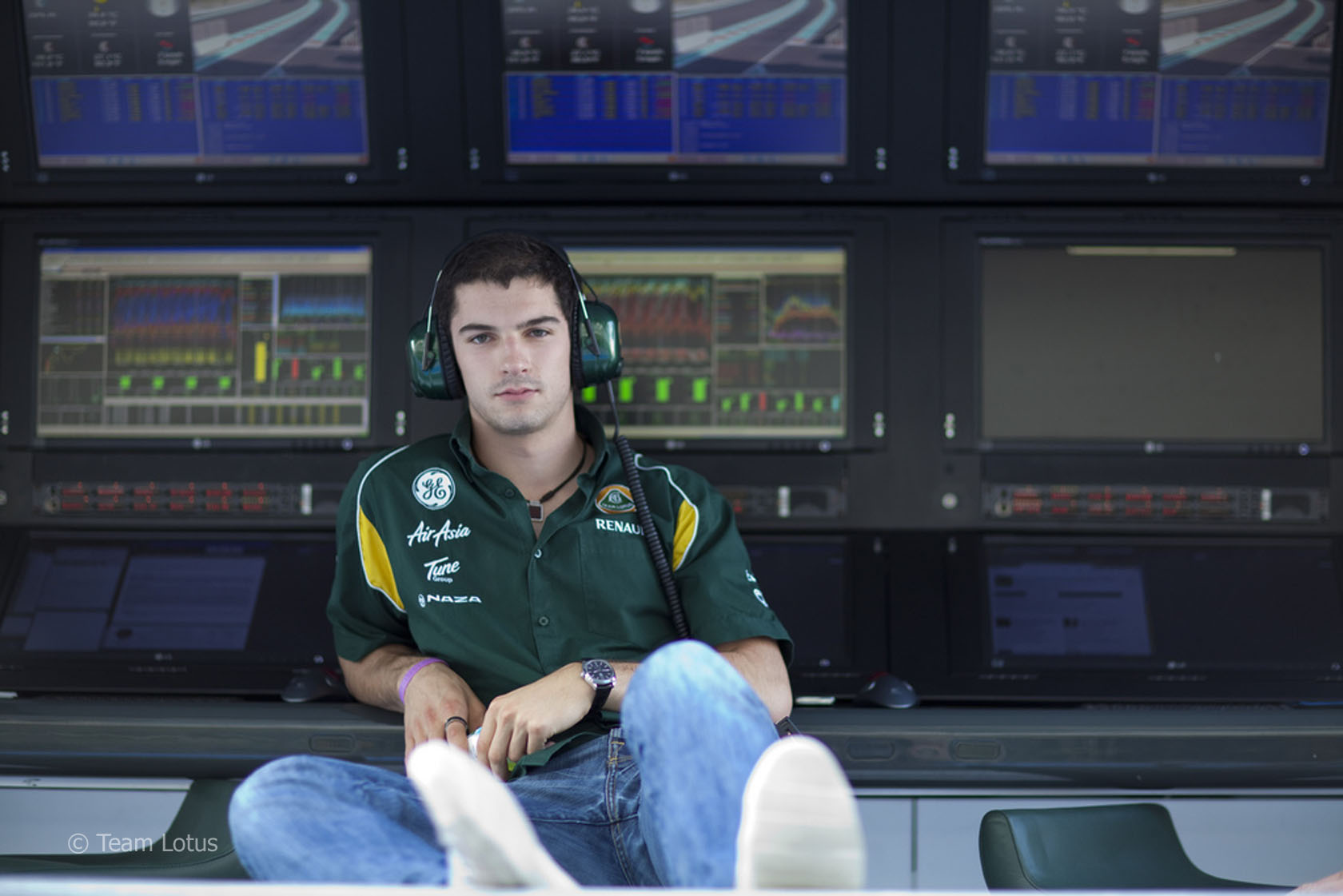 If he wasn't an American there wouldn't be any talk of him being in f1 at all.

Contributor
Haas had just gone on record as saying that there are just no American drivers good enough to drive in F1 at moment.

I think I can actually hear Alexander Rossi's hopes and dreams cracking in two.

I'm not sure why he felt the need to say that. All it accomplished was crushing Rossi.

I would have thought maybe give him 3rd driver role

im Quite surprised at this, Guenther Steiner ruling out Haas having an American driver in 2016 saying."There is nobody out there at the moment. Yes, there are drivers in GP2 & F3, but having a rookie in a new team is difficult for both sides," because there are some good American drivers in indycar like Marco andretti, ryan hunter reay, Graham rahal or even youngster josep newgarden you wouldve thought help them get sponsorship with home driver.

Valued Member
I think the opinion of Haas on American drivers is rather different to the opinion of Red Bull on Verstappen. There's certainly no "once in a generation talents" amongst the American crop at the moment. Red Bull believe that Verstappen will be mentioned in the same breath as Fangio, Senna and Schumacher within twenty years.

Contributor
They also thought that about Alguersauri though.

I have to say Rossi has flashes of talent but is not consistent enough for me so I see where Haas are coming from.

Contributor
I think Haas running a Ferrari reserve driver is more about them keeping in with Ferrari and mooching their data rather than Ferrari demanding they run them.

Well it was the same situation when Force India came into F1 and there was expectancy that they would run an Indian driver but VJ was adamant neither were good enough.

Il_leone said:
I don't know if it is a just a tactic to say " Yes we are an American team but we will not be swayed to pick an American driver" seems like they still had to bend over backwards to field a Ferrari driver

Or maybe they believe that if they run a German (just an example, I don't think they're even considering any Germans) driver they could get sponsors from both America and Germany.
You must log in or register to reply here.
Share:
Facebook Twitter Reddit Pinterest Tumblr WhatsApp Email Link
Top Bottom