Valued Member
This season may well come down to two numbers.

1. The sixth Grand Prix was won by Juan Manuel Fangio in car 6 in 1950, with Robert Manzon 4th in car 44...
It was the French Grand Prix at which circuit?


Indianapolis 500
3. Name any one of the four drivers on 6 career podiums. 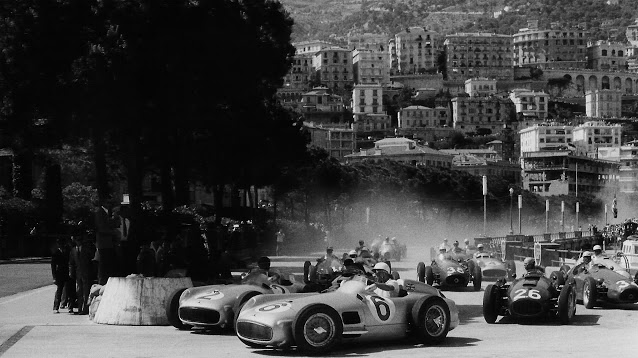 Moss in Monaco in 1955 as shown. That's Fangio on the inside of the corner in car #2, and Ascari in unlucky car #26 behind before his trip into the harbour
9. Who won that race?


Maurice Trintignant, driving for Ferrari in car #44. It was the only win for a #44 car in the Championship era until quite recently!
10. Who was the last driver to start a race in car #44 before 2014?


Pretty sure it's Lewis Hamilton in 2014 actually

Valued Member
Jos the Boss - Have a point.

Contributor
Surprisingly, I got 4.5