i had a bit of time so i thought i would give it ago.

the 1st ever Saudi Arabian GP, it feels weird to be this far into the year & we still arent into the finale. into context lewis debut season in 2007, the penultimate race was on 6th october. but we are on the final leg for what has been 1 of most enjoyable seasons for many a year (to be fair its a low bar) & arguably the best rivalry since Hakkinen/Schumacher 23 years ago. some cracking racing between the 2 title contenders. alot of controversy along the way. the momentum like a rollercoaster as at times Hamilton & Verstappen have looked like they were heavy favourites only for it to swing the other way by the next race or in space of 24 hours. really looking forward to see which way it swings again.

Saudi Arabia like the middle east is trying to move away from their reliance on oil to generate income & are using sport to rebrand themselves or as some critics call it sportwashing but for legal reasons i may leave that alone.

it will be the 1st time that F1 has raced at back to back new venues outside of Europe as prior 2 times 1959 Germany/Portugal & 1970 Germany/Austria. its a miracle that their is a race on at all because it has been a race against time to say the least. 5 weeks ago it looked more like the pictures of 1 year to go not 1 month go 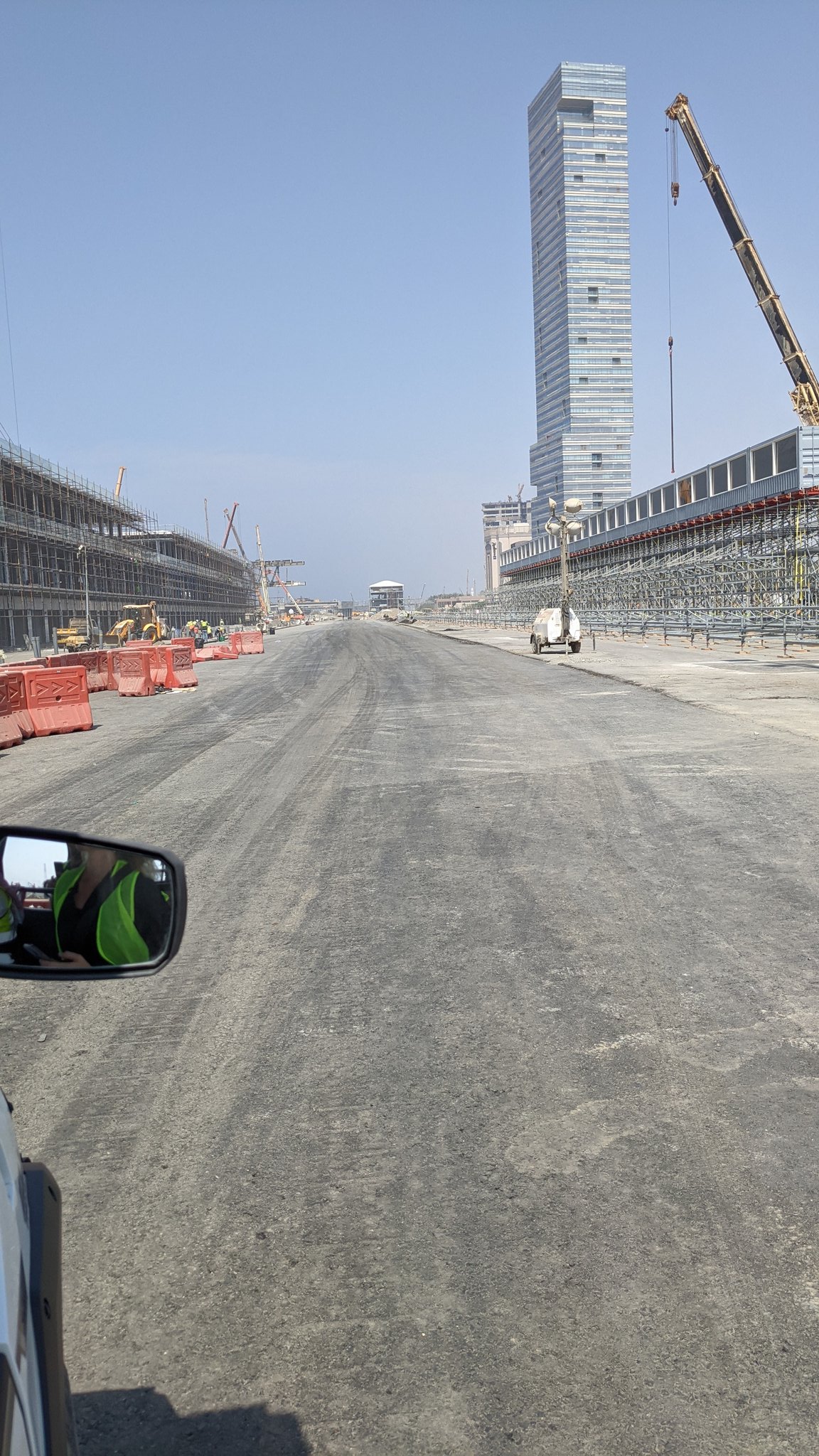 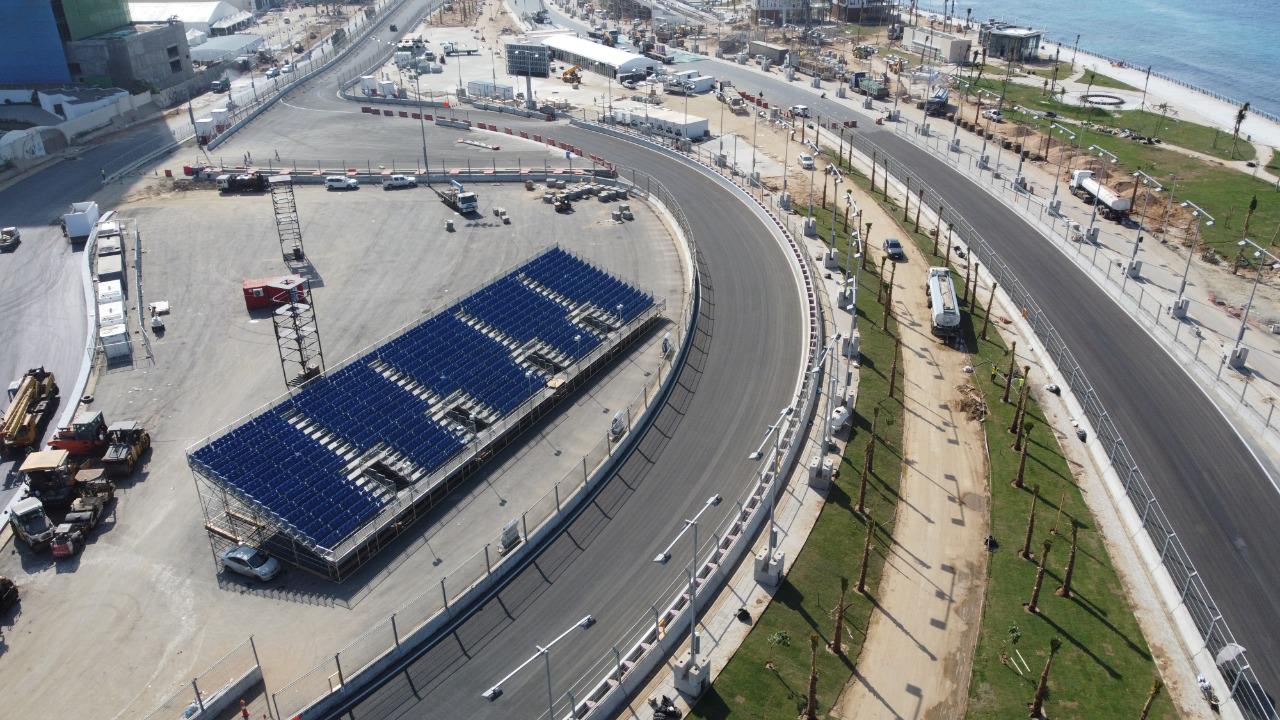 the circuit looks like a real challenge, its high speed, imagine baku without the twisty middle sector. it could be carnage because you make a mistake your hitting the wall at 150mph. i would expect safety car or 2 & that unpredictability not good for Lewis Hamilton at the moment because is imperative that he finishes ahead of max verstappen otherwise the title would get very tough


Finally the 1st GP since Frank Williams passing what a man what a motorsport icon. who will be missed & hopefully they will have a moments silence for him. before the race
Last edited: 1 December 2021
Click to expand

Masi couldn't run a tap without getting his trousers soaking wet let alone run a formula one race.

Verstappen is a disgrace. He simply doesn't give a shit.

I don't know what else to say.

here is a question now im going to give verstappen the benefit of the doubt he certainly doesnt deserve . is red bull at fault or is it Verstappen?? is it the way they are brought up in the academy that knocks out all sportsmanship & fair racing that other drivers have always had

i say this because Verstappen is not the 1st driver to think the rules dont apply to him. im thinking of the previous Golden Child Vettel he thought he was bigger than the team. thinking of multi 21 & not even apologising, wasnt the Quote " i was faster, i overtook, i won". then wasnt he told in 2010 brazil to let webber through for the championship & refused because vettel despite winning he wasnt in the title running at the time

All top line drivers have a certain ruthlessness however, there's ruthless and then there's not giving a shit.

F1Brits_90 said:
here is a question now im going to give verstappen the benefit of the doubt he certainly doesnt deserve . is red bull at fault or is it Verstappen?? is it the way they are brought up in the academy that knocks out all sportsmanship & fair racing that other drivers have always had

i say this because Verstappen is not the 1st driver to think the rules dont apply to him. im thinking of the previous Golden Child Vettel he thought he was bigger than the team. thinking of multi 21 & not even apologising, wasnt the Quote " i was faster, i overtook, i won". then wasnt he told in 2010 brazil to let webber through for the championship & refused because vettel despite winning he wasnt in the title running at the time
Click to expand

That team certainly oozes entitlement. Bit of both I think. The son of Jos Verstappen in the RBR team, is pretty much a perfect storm.

I still think that Verstappen and RBR might feel aggrieved by this race, as there were many incidents that could have been penalised in other races, that were not this weekend. Why, we can only speculate:
The overall pattern of F1 has been to reduce the impact of penalties, but penalise more over the last 30 years. (e.g. It used to be unheard of for jumped starts to be penalised; Berger got a 1 minute penalty in Montreal 1990. You had to do something egregious - e.g. reversing in the pitlane - to be punished, and then it would be a major punishment - like disqualification).

Now, it seems that penalties are being scaled back, but with very little punishment as well.

To start the rule about giving back a place in a way that the offender cannot make an attack within a lap before trying to overtake the same driver.

Get rid of the time penalties and give a position penalty instead. For dangerous driving the offending driver has to move to at least one position behind the offended driver.

Valued Member
To be honest The Artist..... the consistent application of penalties and the rules has been an ongoing issue in F1. The ethos to "Let them race" is one that I agree with, however, there are times when this is simply not possible. It should not be "Let them race until someone gets seriously injured"

Also, there are so many rules that need to be adhered to that, similar to football and VAR the relevance to those watching is lost. I think that the rationale should be to ensure the safety of the people in attendance at the race (Spectators, pit crew, marshalls), enforce safe driving standards and the maintenance of the "Show" in that order.

Clearer guidelines should be made, in the way that Rugby applies the laws for high tackles, and the penalties made to be such that it is in no-ones interest to do it twice!

Valued Member
This one is for Brogan 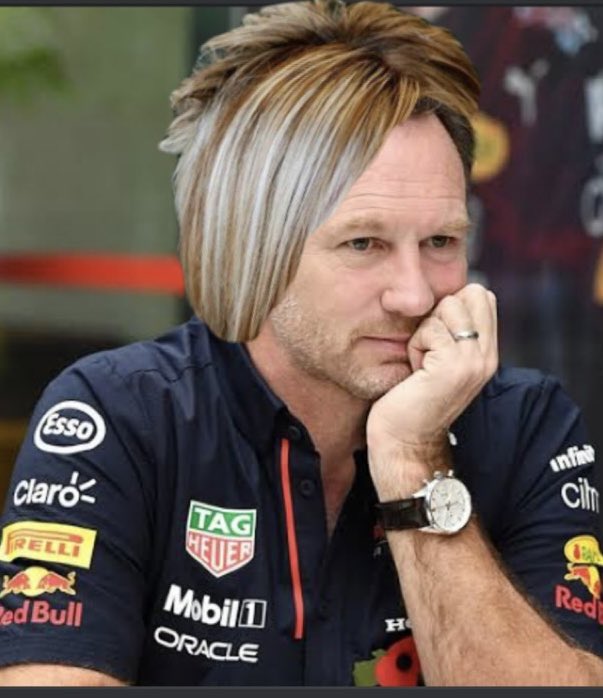 Staff Member
Verstappen's behaviour at this race is a direct result of him not being penalised in Brazil.

Everyone warned at the time that it would only make him worse.

Contributor
It’s also a direct result of him being Jos’ son.

The problem is that safety is now so good in the car that collisions are now acceptable to some drivers, the FIA whether or not under pressure from the commercial rights holders, the object is to provide a spectacle from a now boring spectator sport, therefore paltry time penalties are given for both deliberate ramming and errors of judgement and outright dangerous actions are now punished by a time penalty that in the opinion of the judges will apportion blame but not interfere with the close fight for the championship, in fact it seems that the penalties are apportioned to each driver are biased to providing a close championship fight.
In the old days Verstappen's rejoining the circuit after the first Red Flag start would have resulted in an immediate drive through penalty, anyone who believes that he would have received a 10 second penalty if Bottas had been within 10 seconds of Verstappen doesn't live in the new real world of F1.
Unless the FIA gets some balls this make it up on the day punishment will continue until someone dies or is very seriously injured, and that includes race officials as well as drivers, it started in the middle 90's with Schumacher and has continued with various drivers since, time to call a halt.

The last penalty on Verstappen was a joke they should have slapped 30 seconds to say to him you do that again then we have to consider banning you.

I never thought anyone would be a less deserving champ than Schumacher ..but Verstappen will be..

What happened if Hamilton 's car was launched?

gethinceri said:
It’s also a direct result of him being Jos’ son.
Click to expand

Totally agree with you on that. I would also add the constant blowing smoke up his behind, from both Horner and Marko doesn’t help.

as is said it does go back to brazil as well & that driver briefing where the drivers were appartantly furious, because as they said they had no idea the rules of sport they were about to race in. because their was no definative, if you do this you will get punished it was more met with "it depends" & they need to have a driver briefing on the thursday. about the title & set the rules down in no uncertain terms

ie: if found your to have won the title by taking your rival out you will be thrown out of the championship. so they cant complain on sunday & nip it in the bud

but ive to give credit BBC F1 & Palmer for saying what sky to were to scared to in case they upset anyone. it was that i dont know how you can race anyone who is so aggressive they would rather crash than be overtaken

Valued Member
And there you have it - Verstappen: Penalised Saudi Arabian GP move "was fine in Brazil"

FB said:
And there you have it - Verstappen: Penalised Saudi Arabian GP move "was fine in Brazil"
Click to expand

He really can’t grasp it can he.

FB said:
And there you have it - Verstappen: Penalised Saudi Arabian GP move "was fine in Brazil"
Click to expand

On what planet did he learn that outbraking yourself and overtaking off track is “racing”?

On what planet did he learn that outbraking yourself and overtaking off track is “racing”?
Click to expand

That's generous, I'd call it running your opponent off track on purpose - and I note that when Hamilton did it to him at Jeddah, he even managed to keep his car on the circuit!

Premium Contributor
What sort of driver was his Dad ? I have read that he was a bully, but obviously I don’t know if that’s true.