The 2020 double headers continue. At least in Bahrain though they have decided to run the race round a different layout. This will be a line it up and floor it racetrack at its absolute finest. 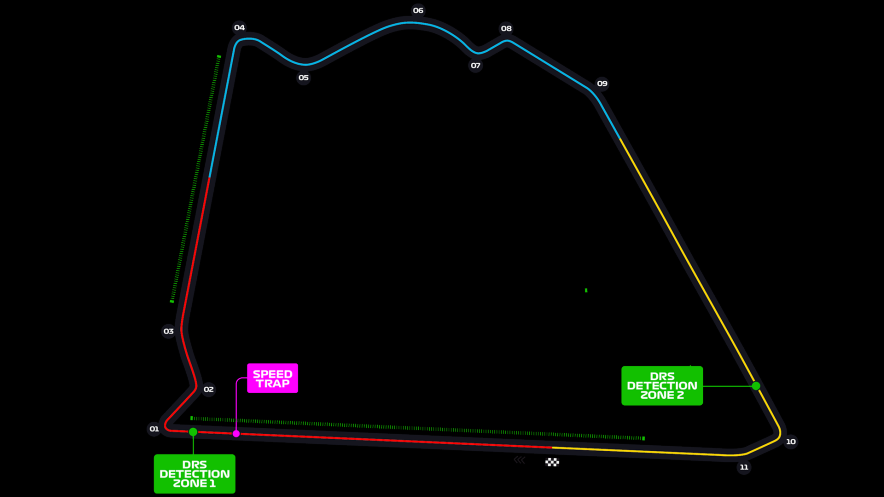 There will be 87 laps of a this 3.5 mile circuit. I suspect it will make Monza of the 60's, or Silverstone of the 80's seem really demanding and a bit "pedestrian". Not sure if Grosjean will be back for this weekend, I suspect not. What money on Nico Hulkenberg turning expecting to have a go in the second Haas? Fingers crossed this will be a little more interesting than last week's effort, although expect a Hamilton pole and win in anyway.
Click to expand

Johnny Carwash said:
cider_and_toast i think that it is the beginning of the end for Bottas at Mercedes. As I’ve mentioned before he looks a broken man now does the Finn. Being constantly beaten by Hamilton looks like it has taken its toll. Mercedes might start the succession plan with Russell replacing Bottas at the end of 2021. It will also give Russell a couple of years of experience with Lewis Hamilton before he probably retires and George Russell becomes the team leader at Merc.
Click to expand

He was ragged over the weekend and had no answer to Russell who shot off like grey hound at the start. Yes they fluffed his pit stop but he could get past the slower cars in front of him. He knew this weekend was massive I don t think having Hamilton back will help especially if he is soundly defeated again in Abu Dhabi

Aitken managed to spin and hit the barrier sideways in such a way that he managed to smash the front wing clean off and not do any other damage to the front of the car.

It was quite impressive to watch.

But other than that, they both paddled around not getting in the way and doing little more.

I dont know what to make of Aitken's debut seeing he has raced against all these guys in his junior career. It was low key

FB said:
Did anyone notice whether Fittipaldi and Aitken did anything worthwhile yesterday? I know Aitken managed to bring out the safety car.
Click to expand

Aitken had a better weekend than Fittipaldi as that was disappointing but about what i expected he hadnt raced for year & apparently the most high profile driver he's raced on his way up was Jamie Chadwick & even then she won the championship & he came 5th. 7 tenths off Magnussen is a big gulf & was trundling around at the back basically on his own

Aitken apparently had the pace to latifi in Q1 but made a mistake on his final timed lap. i think in the 1st stint was racing Kimi. Williams team seemed pleased at the short notice. but this was the perfect weekend for George as his reputation has skyrocketed in 2 different teams

brilliant point you make about 2021. because that is going to be a tough year. as toto cant lie to him. because bottas will knows unless he wins the world championship or mount a very strong challenge like Massa 2008, webber 2010, Alonso 2012 & Rosberg 2014/2016. he will be gone. being a dead man walking will have terrible effect on his morale he's only human. it made me wonder whether it would be best to pay him off now instead of sticking him through another 9 month of torture

for me what bottas needs to do, actually (sorry for tangent) this is the sort of problem i said in Belgium, it shows the depth of the issue. when Martin Brundle is cheering on the British drivers teammate & title rival "to give us a race" could you imagine that in
1986 "come on piquet"
1994 "come on Schumacher"
1996 "come on Villeneuve"
it just wouldn't happen but he far too nice. he's tame, doesnt have a killer instinct & nobody perceives him as a threat. he is the polar opposite of max verstappen.

or bust year. he just needs to shake things up because 90% its his final year. so what if he annoys a few people. he needs to start getting his elbows out, he's scared of wheel to wheel combat. Russia 2019?? was laughable. we were proud of him showing that fight only to find out it was completely accidental because a bee flew into his helmet. hes won 10 races in his mercedes career he needs to take another 9-10 next season

I think Bottas or hope this is his last year at MB. Russell proved he has the talent to do job at MB.

I think pay is a non issue. Hamilton's commercial value is so high that he pays for himself and then some.

Russell will drive alongside Hamilton in 2022. I suspect Hamilton will still win that title. Russell is a future world champion for sure, but there is no substitute for experience. I suspect Hamilton would have won on Sunday, because he wouldn't not have come in for that botched pitstop.

P1 - had he not come in for the stop (and Bottas had), he would have been a sitting duck at the restart. There was an easy gap behind the mercs, and there should have been no problem with pitting them both. 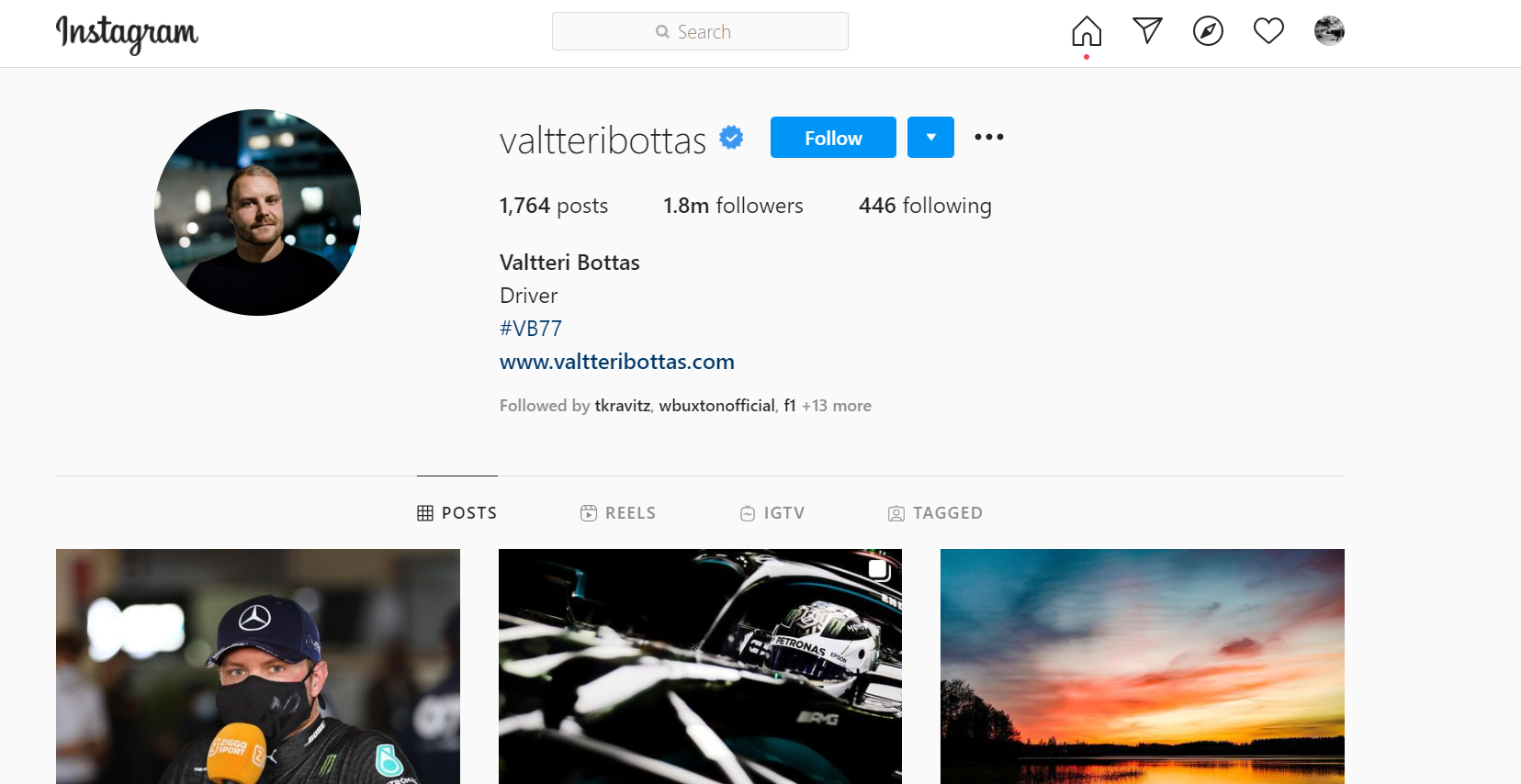 Valued Member
So, still a driver, but he has given up

But when did he take it out? And was it ever there in the first place?

Bottas appears to be suffering from second driver syndrome. Nico Rosberg spoke about this during a FP commentary this season but I can't seem to find it.

Bottas apart from race 1 has not looked like he can challenge Hamilton. He has had the worst of the bad luck but also some indifferent races. It is mentally wearing him down especially when Hamilton wins in any condition.

He has a short winter break to come back stronger but he has not got long to find it.

Bottas is suppose to be the iceman but he is beginning to seriously melt.

Il_leone said:
Bottas apart from race 1 has not looked like he can challenge Hamilton. He has had the worst of the bad luck but also some indifferent races. It is mentally wearing him down especially when Hamilton wins in any condition.

He has a short winter break to come back stronger but he has not got long to find it.

Bottas is suppose to be the iceman but he is beginning to seriously melt.

that would be the problem unless he leading the world championship. any repeat of this season & the question will be asked what could russell have done

F1Brits_90 said:
that would be the problem unless he leading the world championship. any repeat of this season & the question will be asked what could russell have done
Click to expand

His position becomes untenable on a race by race case. If he leads the championship he has got to do it convincingly not just for a few rounds.

Il_leone said:
If he leads the championship he has got to do it convincingly not just for a few rounds.
Click to expand

yes i dont mean winning dominantly, but yeah he needs to take to abu dhabi & be within 6pts. not because of lewis unreliability

If they’re the best drivers available and they’ll ensure those “German” cars win , yes they will.

A while back it was clear they wanted German drivers to win in their cars only and the next best option is showcasing their young drivers that they invested in who represent the brand in one of the cars.

Currently there are no German drivers with potential on the grid ...someone clearly is desperate for Vettel to win in a Merc to create home interest. Mick Schumacher is not available now but might be in future if he does not burned by Ferrari.

Valued Member
I think you all underestimate the need of a proud German company like Daimler Benz to have a German winning in their machinery. Only one "German" has won the title in a Merc and he was only half German. The money men in Stuttgart will be desperate to have a full German in their car sooner rather than later or they will simply pull the plug.

Edited in case I have caused any offence
Last edited: 11 December 2020

FB said:
Mugblood in the Harry Potter books is a variation on the German need for a pure blood line to define race and nationality
Click to expand

Careful, you are treading on dangerous ground.