Here's a fascinating fact for all you fans of fascinating facts, at the outbreak of the Second World War there were just 11 democratic countries in the world. As many of you will know, Spain was not one of them having only a few years before seen a bloody civil war ravage the country. Fascist leader General Franco took power in a dictatorship that would last until his death in 1975. Strangely, despite receiving substantial military support from Nazi Germany during the civil war Franco kept Spain neutral during WW2 which meant that the British could retain control of Gibralter and with it the gateway to the Med without significant fear of invasion.

The first Spansh GP took place as the final round of the 1951 season with a second being held in 1954 but it wasn't until 1967 that the race became an annual feature on the F1 calendar. Of these early races perhaps the best known is the 1969 GP at Montjuic Park. This was the final race in which F1 cars used huge wings on sticks bolted directly on to the suspension and in some cases over a metre high. Graham Hill's Lotus, so adorned, suffered a huge wing failure going over a rise on one of the fastest parts of the circuit. As he pulled himself from the wrecked car and ran back up the hill to warn his team mate, Rindt crested the rise and exactly the same thing happened to his car. It was no shock when at the next race in Monaco high wings were banned. As a side bar to this, Colin Chapman was the only person to predict this occurance and had already designed a small flap like wing to run over the Type 49's rear chassis. This additional downforce greatly assisted Graham Hill in taking his fith and final Moncao GP victory and the final win of his F1 career.

Alternating between Montjuic and Jarama until 1975 and then only at Jarama until 1981 the Spanish GP eventually fell out of favour. By 1981 Jarama was deemed too narrow for modern racing however the 1981 race was another classic GP with Gilles Villeneuve holding off a train of cars in F1's second closest finish to take the final win of his racing career.

The absence of a Spanish GP only lasted 4 years before Jerez hosted the return in 1985. Ayrton Senna's Lotus taking the win. Eventually the Spanish GP found a new and permanent home at the Circuit de Barcelona-Catalunya which opened in 1991. The first race being best remembered for that run to the first corner and wheel to wheel battle between Senna and Mansell.

For many years Barcelona has been used as a testing track so the teams will be more than familiar with car set ups around here and if pre-season testing is anything to go by, Mercedes should feel confident that they will be the team to beat here. Given the unpredictable nature of the first few races this season it would be good to see what has for many years been a non event turn into something similar to the early 90's races.
Click to expand

olegg said:
Daniel had fastest lap in this race
Click to expand

If I was Haas , I would seriously consider Alexander Rossi. Otherwise they maybe forced to field Giovinazzi and given how Grosjean is doing so poorly that could be a serious option

Contributor
It was great to go to Barcelona again this year, brilliant time had by all. On Saturday we watched the GP3 race 1, Porsche quali and the F1 sessions - left before the last F2 race. On Sunday the GP3 race 2, F2 race 2, Porsche race and of course the F1. Traditional Catalunya fare as afar as the racing was concerned - everyone through turn 1 smoothly in every race, to my slight disappointment. And then the Grosjean drama was just out of sight as was Hammy and Roschops' collision two years ago. Bugger.

Vettel's overtake as Bottas came out of the pit, and a couple of near misses at turn 2 provided some spice, and watching the cars struggling to find grip as they accelerated out of turn 1 was about as exciting as it got. The new surface certainly looked different - it had a sheen from low angles that looked like a wet track, almost like the oil was oozing from the tarmac – likely just an illusion but it was definitely slippy, especially for the GP3 boys.

Other circuit upgrades included a new fake-grass fan-zone are, with DJ, sit-down arcade-sim racing competitions, people dressed as the drivers with big caricature masks - an improvement on last year for sure. Round the top of the circuit was a family area with bouncy castles, trampolines and a brilliant band: 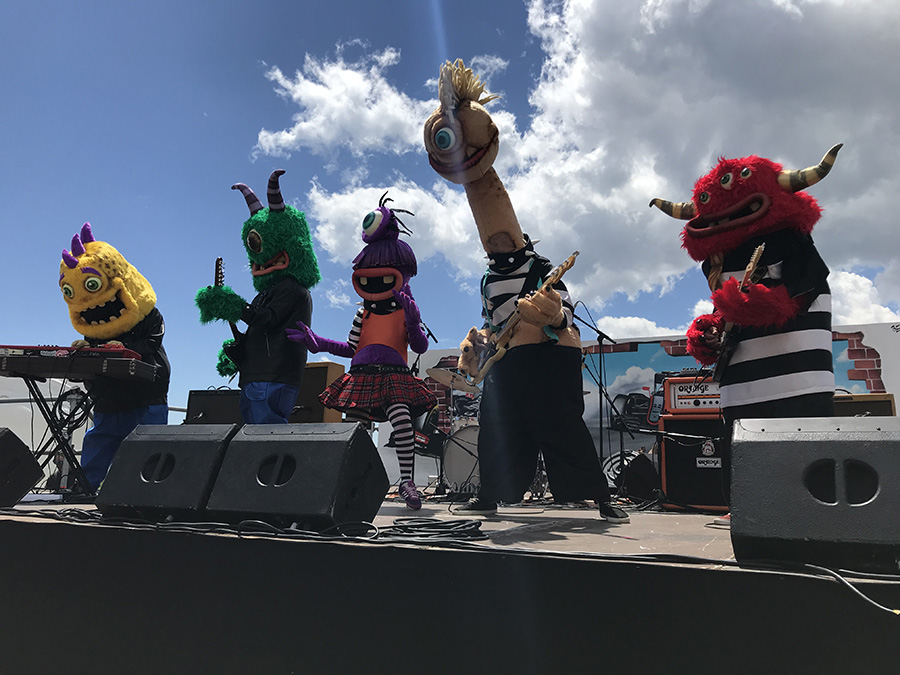 No dogs allowed by the way... 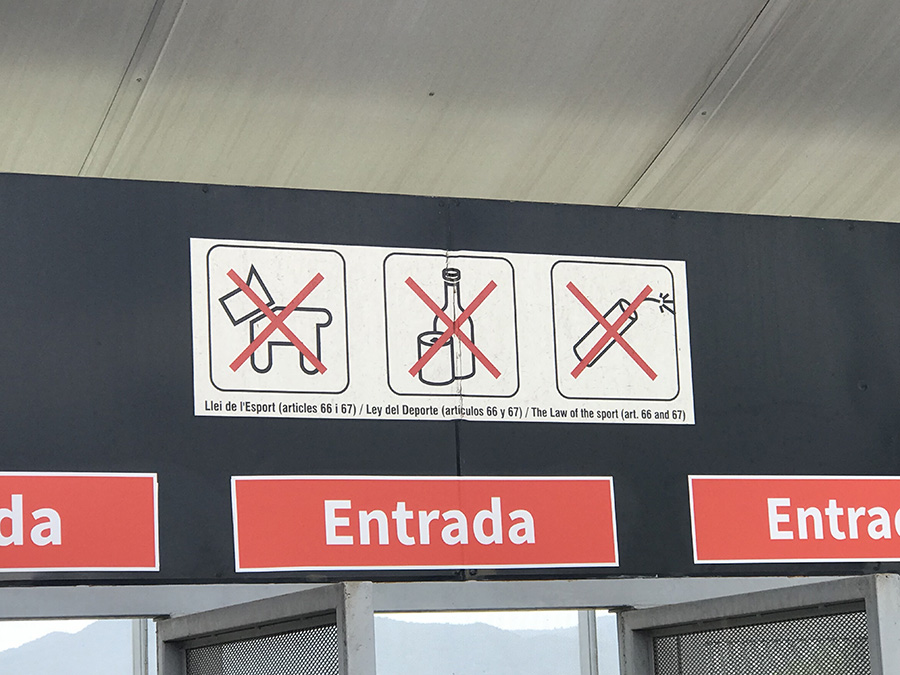 But cats are fine! 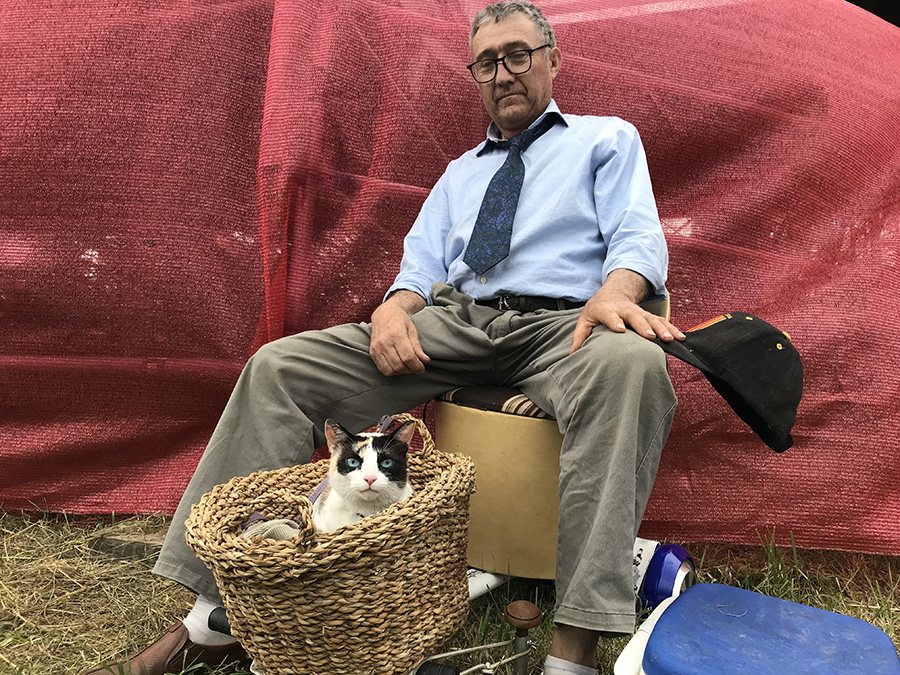 Yes, this nutter brought his cat to the F1. What's more he got around on a boudoir chair lashed to a Swegway lashed to a home-made tricycle. And he wore a tie. Priceless. Deserves another pic: 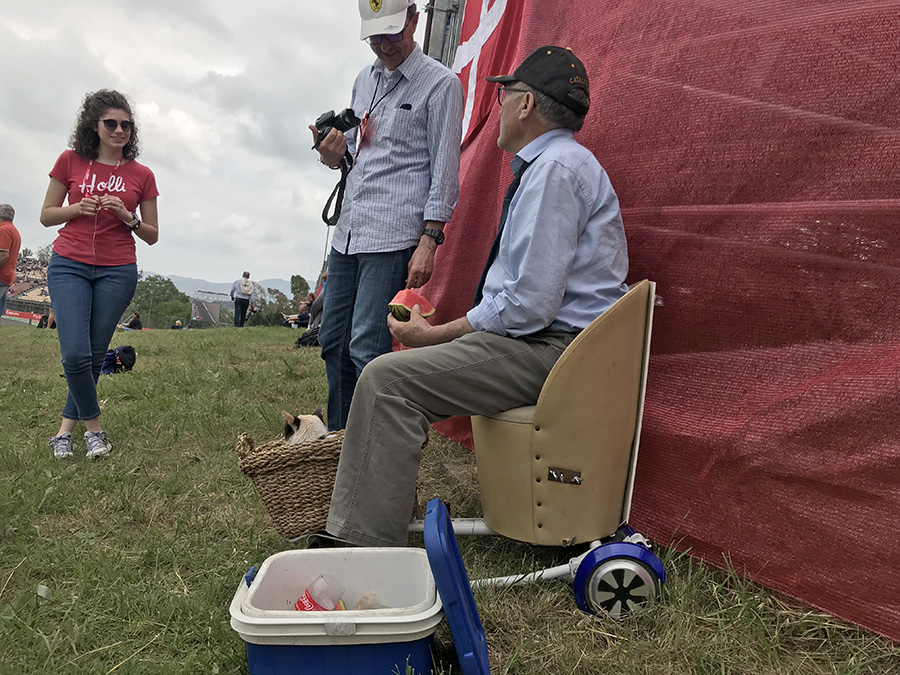 Smuggling in the drinks was as amusing as ever – hiding things in plain sight is just fun. Our cool-bag was rigorously searched at the gate, with an official asking another if it was ok for me to bring in an ice-pack (full of rum). They turned it over in their hands and shrugged, put it back. Two tubes of 'sun cream' (wine) and a natty pair of binoculars (also wine) added to the festivities. Jealous looks all round. 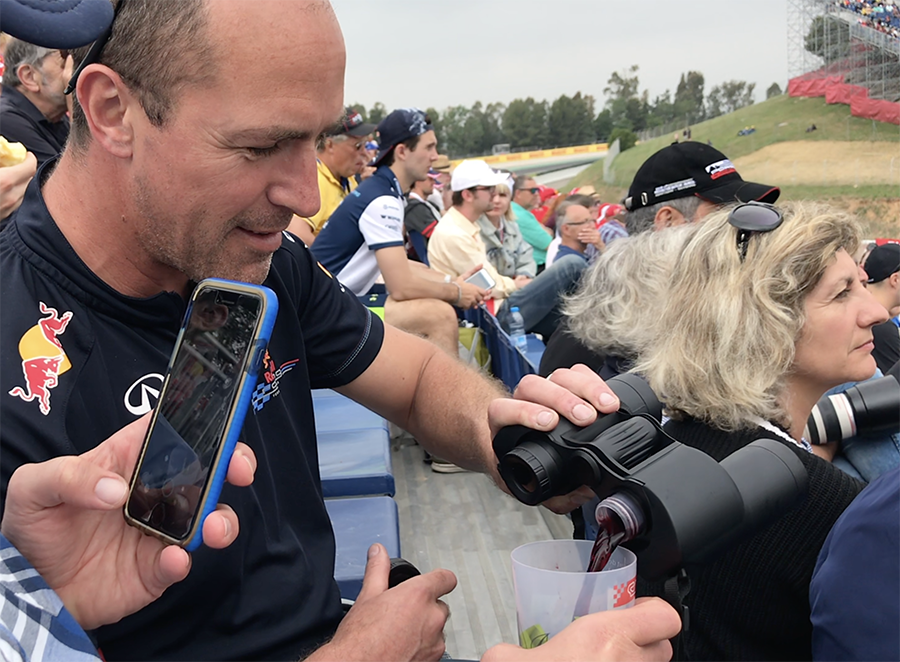 Back in Barcelona the food was better than ever, astounding value, and we even had a swim - bloody cold but sorted out the hangover. And even though the racing on Sunday was a bit pants, for once I'm glad to have missed the detail on TV, as watching them hare round in the flesh was a buzz.

Contributor
Hahaha!! Better than the race!