Here's a fascinating fact for all you fans of fascinating facts, at the outbreak of the Second World War there were just 11 democratic countries in the world. As many of you will know, Spain was not one of them having only a few years before seen a bloody civil war ravage the country. Fascist leader General Franco took power in a dictatorship that would last until his death in 1975. Strangely, despite receiving substantial military support from Nazi Germany during the civil war Franco kept Spain neutral during WW2 which meant that the British could retain control of Gibralter and with it the gateway to the Med without significant fear of invasion.

The first Spansh GP took place as the final round of the 1951 season with a second being held in 1954 but it wasn't until 1967 that the race became an annual feature on the F1 calendar. Of these early races perhaps the best known is the 1969 GP at Montjuic Park. This was the final race in which F1 cars used huge wings on sticks bolted directly on to the suspension and in some cases over a metre high. Graham Hill's Lotus, so adorned, suffered a huge wing failure going over a rise on one of the fastest parts of the circuit. As he pulled himself from the wrecked car and ran back up the hill to warn his team mate, Rindt crested the rise and exactly the same thing happened to his car. It was no shock when at the next race in Monaco high wings were banned. As a side bar to this, Colin Chapman was the only person to predict this occurance and had already designed a small flap like wing to run over the Type 49's rear chassis. This additional downforce greatly assisted Graham Hill in taking his fith and final Moncao GP victory and the final win of his F1 career.

Alternating between Montjuic and Jarama until 1975 and then only at Jarama until 1981 the Spanish GP eventually fell out of favour. By 1981 Jarama was deemed too narrow for modern racing however the 1981 race was another classic GP with Gilles Villeneuve holding off a train of cars in F1's second closest finish to take the final win of his racing career.

The absence of a Spanish GP only lasted 4 years before Jerez hosted the return in 1985. Ayrton Senna's Lotus taking the win. Eventually the Spanish GP found a new and permanent home at the Circuit de Barcelona-Catalunya which opened in 1991. The first race being best remembered for that run to the first corner and wheel to wheel battle between Senna and Mansell.

For many years Barcelona has been used as a testing track so the teams will be more than familiar with car set ups around here and if pre-season testing is anything to go by, Mercedes should feel confident that they will be the team to beat here. Given the unpredictable nature of the first few races this season it would be good to see what has for many years been a non event turn into something similar to the early 90's races.
Click to expand

Contributor
Great write up, thanks for the info

Contributor
I've always found it very hard to get enthusiastic about coming to the Barcelona race as it is usual a Noah's arc style casual Sunday drive. I except that on occasions F1 is going to produce those so I don't mind too much - it's the commentators trying to convince me it's exciting that annoys me.

Still all our memories might be playing tricks on us where Spain is concerned. I cast my mind back and we have had some memorable races here. The Mercs hitting each other leading to Verstappen first win, Maldonado pulling off the drive of a lifetime, Schumacher brining it home stuck in second gear and Schumie again in the wet closing down the invincible Mansell/Williams combo.

Maybe we give Spain a hard time.

Contributor
This will be my fifth visit to the Spanish GP after a break last year, can't wait. It's a shame that the circuit has a habit of producing dull races, but I don't go there because of the racing, I go because it's a regular trip with a few mates to a city I love, and we use the race as a sort of excuse. It's great to watch it live but you don't get anywhere near the information you do watching on TV. I've never got the FM radio live commentary to work properly at this circuit, not that I've tried too hard, but that doesn't get in the way of a good day out.

Apart from the on-track racing, the circuit doesn't have an awful lot in the way of entertainment. Maybe the 'fan-zone' will have more than a tent with some arcade games this year. The food is the usual over-priced hot-dog rubbish, and from 2015 they've had a ban on alcohol – what is that about? I cannot understand it. Anyway it's provided us with some sport in working out how to smuggle booze in. Not a major problem

I'll take some pics and post a race report, which going by previous visits may read more like a diary of an alcoholic, but hey indulge me if you will.

Contributor
Welcome to CTA Adrian Salum. We're full of interesting facts. Some of them true.

Premium Contributor
Most facts on here are true....... I said most RasputinLives , however we come unstuck when we get to opinions.

Premium Contributor
I am really hoping that Spain can continue this years trend of being better than last year. I have everything crossed.

Contributor
So according to F1's Facebook page last year's Spanish Grand Prix was an 'absolute classic'. Without looking it up who can remember what happened?

uhhhh, Rosberg pissed off into the distance, and everyone watching fell asleep?

Valued Member
According to David Croft every F1 race is an absolute classic. I suppose my opinion might be twisted if I was being paid to travel around the world watching F1

Premium Contributor
I was bored 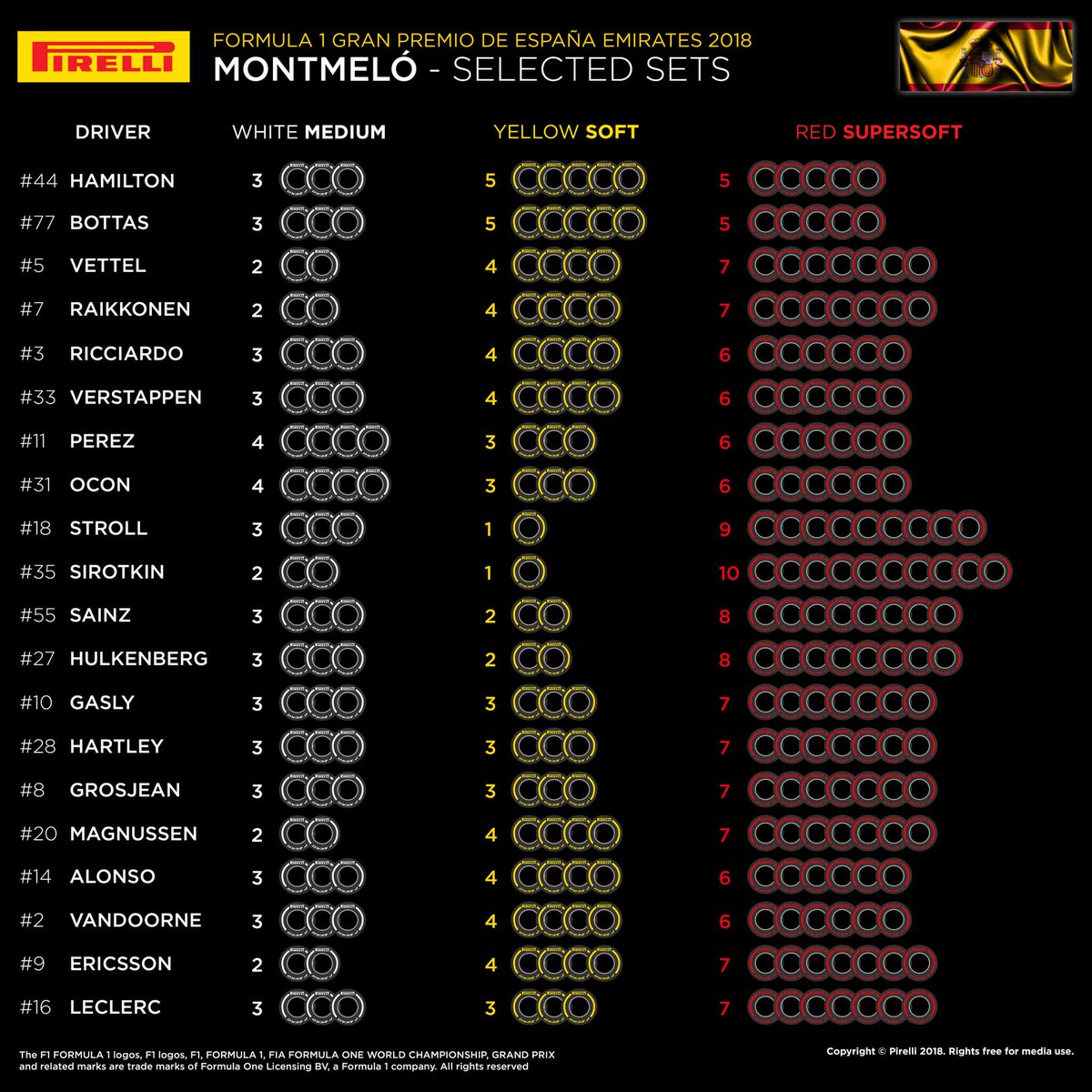 Valued Member
Have you seen the front end McLaren have brought along?

And Ferrari have hung their mirrors off the Halo.

1.3 seconds faster than Stroll in P1. Stroll in the wall. 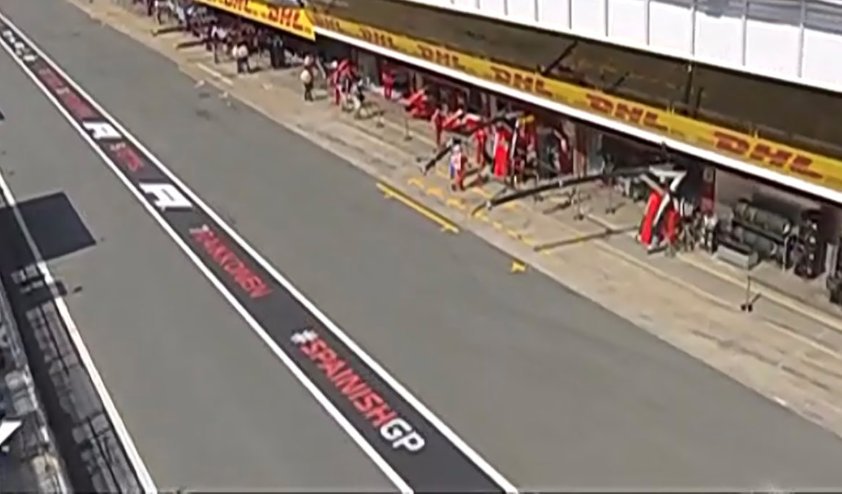 Contributor
Be interesting to see the onboard on the Ferrari to figure out whether having the mirrors hanging off the halo means they can see Verstappen ramming then from behind much clearer than previously. 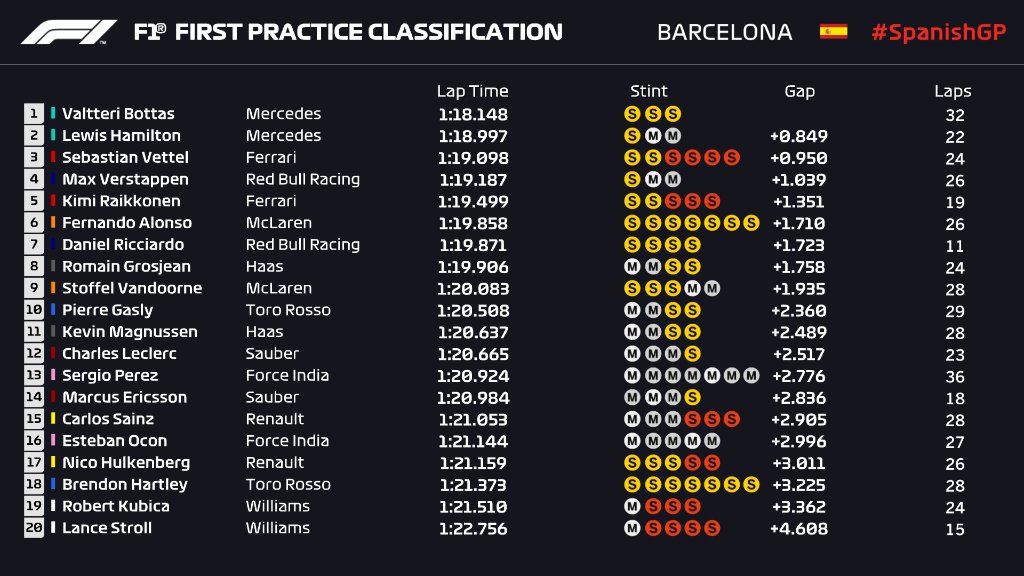 Contributor
The commentators on the Beeb were saying that Kubica is scarcely using his left hand and not at all for steering. The car is awful and their race drivers ditto.