Apparently there is a tyre test being undertaken, and it is not Pirelli!!

Valued Member
I bloody hope Kumho aren't testing on a current car. That'd be too liable to produce a safe tyre for the denizens de la Concorde.

Contributor
Judging by the picture it's a WSBR 3.5 car, so the "F1 tyre" testing headline is certainly misleading, if not an outright fib.

F1 Talks has read the tea leaves and believes Mercedes have a substantial advantage in their 2014's lump's bhp. They have spent hundreds (plural) of millions of Euro on its development and are believed to have an army of 400 employees whose life revolves around the programme's success (compared to "just" 250 at Renault). Mercedes alone requested an increase in the tread width of the 2014 tyres, and were vetoed by Ferrari and Renault, which is part of what is fueling speculation that the Mercs are well up on bhp, possibly with as much as 1000 in qualy trim, vice 760-800 for the other two.

I earlier had misinterpreted the application of the 2014 TR's 100 kg/hour fuel mass flow limit, believing that it was further reducible to 1.67 kg/minute or 27.8 g/sec. But that obviously is not how the engine builders have interpreted it, else the qualifying power numbers would be unchanged from race power. Apparently, since a qualifying session does not last 60 minutes, the limit does not strictly apply. Which means the new "green" engines will be just as "brown" as their predecessors during what is possibly the most important stage of the race.

But that extra 200 bhp has to come at a cost. Mercedes can't have that sort of power advantage in race trim without they also have a fuel consumption dis-advantage. So it will be interesting to see how their bhp and specific fuel consumption will compare in race trim. It also remains to be seen whether pole will remain as much a tactical advantage in 2014 as it is now.
Last edited: 5 November 2013

Wow - that would be a significant power advantage. Of course Red Bull have really made the lack of power of the Renault engine work to their advantage indirectly through the weight advantage, but the power differences are relatively minor in recent years compared to that.
Last edited: 5 November 2013

Contributor
1000 bhp is still a little short of the 1300 bhp they were getting with turbo engines in the mid eighties. Ok they only lasted 5 laps for qually. But with 30 years of technological advance I would of thought they could deal up that sort of power for 1 lap in qually with a push of a button.

Valued Member
They probably could, but I am not sure that the current regs allow, with the limitations of fuel flow etc.

Would be great though!

As I mentioned in an earlier post, horsepower figures being banded about are pure speculation. Until the power unit builders publish confirmed dyno' test numbers we have no idea what they will be capable of. Also measurements of horsepower taken from the crankshaft will not be the same as those taken from the road wheels. As also mentioned in earlier posts, A power unit may be capable of delivering x bhp at its rpm red line but the power units will be restricted to an "artificial" red-line of 15,000rpm.

Mercedes have indeed traditionally produced the most powerful engines. However, as we have seen with Red Bull's domination with their supposedly less powerful Renault engines, more horsepower isn't enough to guarantee superiority.

With regard to the fuel usage issue the reg's give us this formula which means little to me ...

... apart from the fact that it will equally apply to practice and qualifying since the quantities of fuel being used can be checked by the scrutineers and FIA technical delegate. This can be done in two ways, by monitoring the fuel being put into the car and comparing the amount left in the tank after a run. In addition there will be fuel flow sensors on the car and the telemetry from running the power units (whether on track or stationary).
Last edited: 5 November 2013

Some more info' on the fuel flow from the reg's:

The ingredients in the race fuel are much more tightly regulated now than during the previous turbo era. The stuff they ran back then was equal parts petrol, snake oil and Pu 239. Boost pressures were so high, Porsche resorted to welding the heads onto their engine blocks to preclude head lift and gasket failure. BMW cast channels in the engine block deck parallel to the crank so when they experienced head lift, the escaping gasses would be channeled out the ends of the block, limiting potential damage. Nothing with a passing resemblance to pump petrol will support such stratospheric compression ratios.

I combed through the 2014 SR & TR last night, looking for mention of persistence of memory in the ECU. There is mention of a persistent logging memory function (150 minutes, for FIA scrutineering), but nothing (I could find) regarding any operational memory. However, there is a 2014 electronics installation appendix I was unable to find a copy of, and which might contain what I was looking for. Anyway, functionally, the critical difference between a qualy session and the race proper is length of time. Which leads me to speculate that that is why they are quoting qualy bhp separate from race power. The 100kg/hour timing function in the ECU must be being reset, either after every qualy session (and prior to the race), or perhaps every time the engine is switched off.

Presuming engines remain in constant operation in excess of 10,500 rpms (which seems likely, especially in light of 2014's closer ratio 8-sp gearboxes), the ECU does not interfere with max fuel flow until consumption exceeds 99 kg in less than 60 minutes. It could not care less whether that consumption occurs in one minute or in 59. If my speculation regarding the "ECU reset" is correct, that means a car can burn the entire 100 kg in each individual qualy session. Which further means the only limits on bhp during qualies are 500 bar, 15,000 rpm and the properties of the fuel.


Regarding the torque figures, the 2.4L V8s are notoriously gutless, as one would expect from any ultra-short stroke engine with a b/s ratio of 2.46 and an operating ceiling of >20,000 rpms: ~220 lb-ft @17,000. Couldn't pull a greasy string out of a cat's bum, as one torque-lusting American mate of mine is wont to say. But the b/s of the V-6s is 1:51, with a much lower design ceiling, mandated not only by the TR but also by the piston speed limitations imposed by its 33% longer stroke (53mm vs 39.8). The V-6's design is decidedly more oriented toward a torquier, lower rpm power band.

If the 2014 engines produce near the same bhp as the 2013s, the V-6s necessarily would be the torquier because bhp is calculated as the product of torque and rpms. Equal bhp at fewer rpms = more torque. The relationship is linear so the 15K V-6 would produce equivalent torque to the 18K V-8 if it made just 83% as much bhp. But that's not an end of it. The V-6's turbos have electric motors that are spun up by ERS battery power when hot side pressure droops, which keeps intake side pressure elevated and reduces (or eliminates) turbo lag. Which will enable them to come on the boost at a much lower rpm, closer to the operation of an engine-driven supercharger than an exhaust-driven turbocharger.

With all these advantages, I would be surprised if the V-6Ts didn't produce dramatically more peak torque than the V-8s.
Last edited: 6 November 2013

Force India's Andrew Green says the biggest challenges for 2014 are coping with the increased cooling requirements and the 'self-adjusting' rear braking. The new power pack makes 1/3 more heat than the 2.4L V-8s do, more even than the old V-10s did.

That's an awful lot of new components that have to be designed. I wonder if the teams that were still fighting for the title up until a few races ago will be put at a major disadvantage at the start of next season. Probably not, but here's to hoping.

Westy said:
That's an awful lot of new components that have to be designed. I wonder if the teams that were still fighting for the title up until a few races ago will be put at a major disadvantage at the start of next season. Probably not, but here's to hoping.
Click to expand

"We had to keep pushing and we put a lot of work into developing this year's car, which in truth meant some compromise to the development of next year's car, but we felt we needed to do that.

"You could argue with 20:20 hindsight that we could have backed off earlier than we did and put more of our resources into next year, but if we'd done that too early and not got the championship we'd be feeling pretty sick at the moment."


Red Bull might find itself in the position of having to use the first couple of races of 2014 as opportunity for development that they didn't allow for in 2013.

Valued Member
I'm fairly sure he said the same at the end of 2010 too. I expect more of the same next season. Heck, I was there in July and there were 2014 chassis in the carbon fibre baking areas.

Contributor
Scarbs has produced an image of the F1 cars for next season,
We thought the stepped noses were bad, these new ones are U G L Y!

Eww, it seems to be nursing a semi... 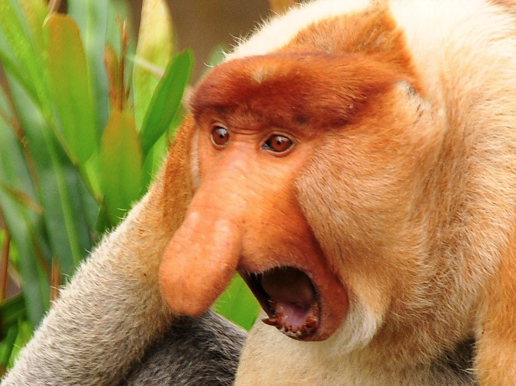