The fat bloke lady is starting to sing

Sebastian Vettel took a major stride towards a second world championship after a crushing win in Belgium, he extended his lead over Mark Webber who made a good recovery from a bad start to finish second after a fantastic overtake on Fernando Alonso into Eau Rouge.

Lewis Hamiltons indifferent season continued after a crash with Kamui Kobayashi into Les Combes, while he won't admit it, he will be close to giving up on closing down Vettel as he is over 100 points behind, but while he can't win the championship, that won't stop him going to win every race remaining and with Monza being a strong McLaren track, he will be up there in the running.

Monza is one of the most historic tracks on the F1 calendar and will be full of Ferrari fans as it is the teams home race and the tifosi are known for their support of the prancing horse and after a Ferrari win in 2010 they willl be expecting more of the same from Fernando who needs a win to keep alive his fading championship hopes but an average showing in Spa including losing third place late on will be a killer blow to the Spaniard. Massa is sliding further into obscurity after a good start, but faded quickly into the minor points.

The track isn't one of Red Bulls strongest circuits due to the low downforce and long straights but we have said that a few circuits aren't Red Bull friendly circuits and Vettel has gone on to get pole and win and Monza might not be an exception with Vettel in imperious form and the car seemingly bulletproof there is no-one who can stop the bull racing to the title in emphatic fashion.

After a turbluent weekend, Pastor Maldanado picked up his first point in F1 with a strong drive to tenth (and a lot of luck) to give his beleagured Williams outfit a small reason to be happy but it represents how far they have fallen in that a point is an achievement for them. Barrichello finished a dissapointing 16th finishing behind both Lotus cars.

Bruno Senna will be aiming to improve on a promising first weekend back in F1, he qualified a brilliant 7th, but rusty racecraft caused a bad collision at turn 1 and he eventually finished 13th, the last of the unlapped cars, Petrov managed to pick up a handful of points to go level with his former team mate Nick Heidfeld who is seeking legal advice after losing his seat last week to the young Brazilian.

Adrian Sutil continues his upturn in form after outpacing Di Resta who had a poor weekend with the German taking home 7 points and Di Resta just finishing outside the points in 11th, with Nico Hulkenberg challenging for a set at Force India next season, both these two drivers have improved lately with both taking home points from the last few races
At the back of the field, Jarno Trulli finished ahead of his team-mate showing that maybe he still has some pace in the Lotus now that they have fixed the power steering issues, with Chandhok just over his shoulder he will need to beat his team-mate to ensure that he still has a seat at the team next year and extend his long career.

I am going to go for Lewis Hamilton. Bookmark this post because trust me I have a feeling he will win.

Contributor
I've spent all season on zdkf1 (top 10 prediction game) thinking that Vettel will have a bad race and Lewis or someone else will win. Fair to say it's been a bad strategy so I won't be making any similar bets!

Monza weather looks Sunny for friday, only a bit of rain for saturday 4 hours before Qually, and Heavy rain for Sunday 3 hours before race start make your own mind up but it could be as tight as spa in terms of unpredictable-ness!

No word yet on the DRS lengths.
I think the DRS could work really well at Monza - as we haven't had a plethora of overtaking in the past few Italian GP's, have we?

Valued Member
Not sure about the first DRS zone - there isn't too much of a braking zone into Ascari. Might be more trouble than it's worth (unless it's so long that they pass long before they get there, of course).

Button was very strong at Monza last year, and a sprinkle of pre-race rain would suit him I suppose. Not sure how much faith I can place in a weather forecast 9 days in advance, though.

Galahad said:
Not sure about the first DRS zone - there isn't too much of a braking zone into Ascari. Might be more trouble than it's worth (unless it's so long that they pass long before they get there, of course).
Click to expand

We could see some very brave moves there, though, and if not, they can always wait until the main straight.

mjo said:
between the two lesmos
Click to expand

Sorry, couldn't resist. My money is on an Alonso win, as last year.

Felipe Massa first win since Brazil 2008! Schumi wins for first time since china 06! Rosberg wins for the first time ever! Would love either of the first 2, wouldn't mind the 3rd! Basically anyone but Vettel

Jos the Boss said:
Basically anyone but Vettel
Click to expand

I imagine everyone (apart from himself, and FB) will be thinking that.

Contributor
I think normally DRS flaps about 50 degrees, but they are unlikley to have more than twenty or so at Monza. So a team could try risking having lots of wing and DRS effect, or little and no DRS. If two cars on opposite strategys get caught up there could be a real slipstreamer!*

Hopefully Vettel on the wrong one.

*probably not but you can dream

That was mainly due to the F-duct, he could use that everywhere though and I suspect the boys at Merc will have a way to get lots of DRS and not a lot of wing, they have got the most effective and awesome straight line speed

I am predicting a Ferrari and Alonso win.....(sniggers) 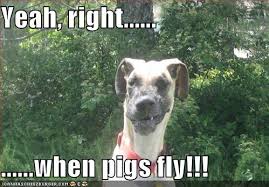 "yahoo mr Dominicali, can you call it the endo sessione so that I don't get my hopes up."

Valued Member
Could happen, Sari, Monza is a weird place where the formbook seldom holds.
S

Well I keep telling my F1 crowd, that 2 wins are better than 1, it may happen, but nobody will bet on it. The only driving factor is that it is the home GP, that is enough incentive to do well.