Which of the 2 Formula 1 seasons have you enjoyed the most?

2010: One of the tightest championship fights ever with what appeared to be 6 contenders in the very early races counting in the fact that Felipe Massa was a championship leader, then for the majority 5 contenders all within the boundaries of a single win from each other in the standings all the way to the penultimate race in Brazil - making (I think) the highest amount of drivers in conention for the WDC with 4 from 3 different teams with two of them being teammates.

However on the track things were a slightly less entertaining spectacle last year with drivers going to around 15-19 laps or so pitting once and going to the end on bulletproof tyres. It was very much a season of follow the leader, few on track battles. Only really the unique situation of Montreal and races with rain offered much of a spectacle.

2011: I think this season holds the record for on track overtakes after the first lap. The introduction of grippy but fragile pit stop increasing Pirelli's along with KERS and DRS has made real on track battles which wouldn't look out of place in a hollywood film. Opinions are of course divided on weather this is a good thing - personally I think its awesome, and I loved Turkey, that for me was a true classic and Rosberg really shone. There have been memorable overtakes for the lead of the races in the last laps Ie. Hamilton overtaking Vettel in China for the win and the same with Button in Montreal.

However as far as the championship fight is concerned: Zzzzz......Vettel......Newey.......Red-Bull......Mark who? Zzzzz
Vettel has lead from the off with only Webber having the car to challenge him - and he hasn't, the end.

Clearly the best scenario would be a 2010 championship fight with 2011's level of fighting for position.

In fact refueling allowed slower drivers/cars to get in the mix ie Alonso on Hungary pole 2009 and there was certainly overtaking in that era with (real) championship battles.

At the time it seemed to me like trying to fix something that wasn't broken - my opion is the same now as it was then.

edit: I should have finished the earlier part by saying all things considered, I prefered 2010

Staff Member
The ban on refuelling during the race is nothing to do with why Red Bull and Vettel have walked both championships this year.

I for one am extremely glad they banned it as it alone was responsible for a significant drop in overtaking and drivers fighting for position on the circuit.

Contributor
Good article but I come down on the otherside. Vettel may have walked away with the title but I've been glued to my TV screen because its never been so close between the group just behind him. Its so tight that every move and every cornor counts and we really have seen some of the drivers take some absolutely breath-taking chances that I think last year they wouldn't have because a) they weren;t able too and b) they didn't feel the need too.

So 2011 for me despite the championship being a snooze. Believe me I never thought I'd say that.

downforce said:
Clearly the best scenario would be a 2010 championship fight with 2011's level of fighting for position.
Click to expand

Couldn't agree more. Both these seasons have been great, but for different reasons.

Vettel's reliability also played a large part in making last year closer than it really should have been.

2011 just for the excitment behind 1st, 2010 was amazing mind you and a great championship concluder from the most unlikely person ever!

KekeTheKing said:
Couldn't agree more. Both these seasons have been great, but for different reasons.

Vettel's reliability also played a large part in making last year closer than it really should have been.
Click to expand

Spot on, Vettel could well have walked away with last year's championship if he had the reliability that he's had this year.

The mathematical championship battle was fantastic in 2010 with 4 possible contenders for the WDC going into the final round but other than that I think the races themselves and the season was average at best, we simply had way too many utterly dull races for one season, hence all the changes for 2011.

2011 is almost the complete opposite, the championship battle is almost none existent and will be wrapped up sooner or later by a very dominant Vettel so that aspect there is rather dull, but other than that the races this season have all generally been fantastic. All but the odd one have been enjoyable, exciting and action packed (Valencia I think it was that was still dead despite the tyres, KERS and DRS, that track should be dropped asap!).

The thing I dislike about this season is the DRS, hindsight is a wonderful thing but I believe it was totally unnecessary given the tyres and sometimes undermines some good overtakes or stops a good battle altogether by letting the car breeze past before even reaching the breaking zones when they get it wrong, Canada (and was it Turkey?) for example. I hoped they’d abandon it for next year, but they haven’t. Ah well.

Both the quality and level of entertainment to be had from this years racing is far superior to last year. I'm with Keke and CTA (and others) when pointing out that only poor reliability and race craft from Vettel stopped 2010 from being a walk-over.

Refuelling was terrible for overtaking which is what we really want to see... wheel to wheel action; please check Keke's historic racing posts for further proof of what makes a classic race / season.

As many will know I have no problems with DRS just its application... I want free use over the whole race. Irrespective it has made a positive contribution the the majority of races I've watched this year.

Vettel romping home to a title this year is a once a decade happening... and it does usually happen once a decade (Schumacher and Mansell are just two examples in the short time I have).

This is a great season and should be appreciated by all...

Contributor
Would we have had that nail-biting finish in Spain if there wasn't DRS? I think not, otherwise the Red Bull would have easily been able to pull away. And also, what I think that is good about of 2011 is the fact that with new tyres on, it is fun to watch certain drivers chasing each other - ie Bruno Senna on Buemi, and Hamilton on Alonso at Monza.

Valued Member
Both season have been brilliant

Staff Member
I must be in a minority then as I think this season has been extremely disappointing.

I hate DRS with a passion; I said so when it was announced and I stick by that.
The stewarding has been poor and inconsistent, as have the FIA in applying their own rules.

For me the season has been a case of "what if" and lots of missed opportunities for decent "races", rather than a race being won time and time again by Vettel due to one or more of the other drivers messing up.

FB said:
Go on, I dare you
Click to expand

FB said:
Both season have been brilliant

Brogan said:
I must be in a minority then as I think this season has been extremely disappointing.

I hate DRS with a passion; I said so when it was announced and I stick by that.
The stewarding has been poor and inconsistent, as have the FIA in applying their own rules.

For me the season has been a case of "what if" and lots of missed opportunities for decent "races", rather than a race being won time and time again by Vettel due to one or more of the other drivers messing up.
Click to expand

I agree with you there.

I have not had the same feeling for a race as I did last year, I don't know why, it could be a number of things, DRS and rubbish tyres, no title battles, someone from 18th can finish in the points due to being one of the slowest in qualifying. I don't know what it is, but I don't feel as connected to F1 as I did last year or the year before, having no one at the front to support could be a factor too.

The few races I have enjoyed this year have been Monza and Canada, and Canada at the end was ruined by the DRS.

Valued Member
It's not as bad as this one.... 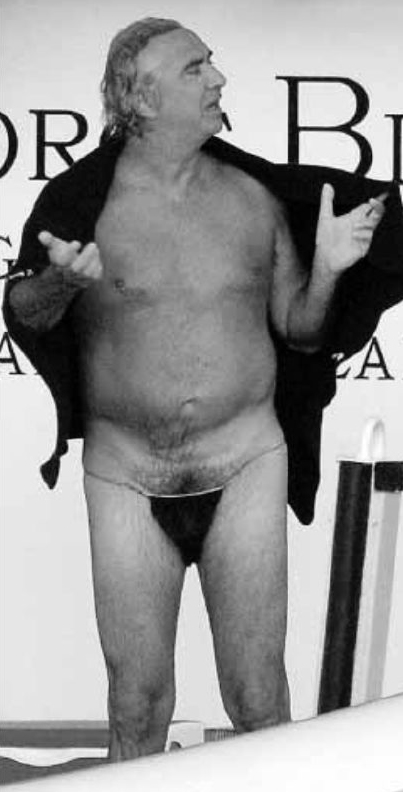 Anyway back on topic, 2010 was more exciting as the final result wasn't as clear cut but this season has seen some pretty good racing. Best couple of seasons for quite a while.

Contributor
I know you are an adminstrator FB, but I have decided to report that message above

Valued Member
No one made you press the button Sly