Brogan said:
Just don't go to the embassy or consulate if you attend the race ...
Click to expand

Contributor
I would love to say this was just confined to F1 but when funky supposedly woke Formula E take the blood money too it's pretty clear that Motorsport has no conscience.

this is saudi arabia. i think that saudi arabia have had the eqviliant of queen passing it on to prince william & he is determined to bring it into modern world. women are allowed to drive, the sporting stadiums arent segregated. the new guy is trying to move on from the past. they have tennis & boxing there as well

also this has been on the case for a long while alex wurz said about this on beyond the grid in july 2019. a street circuit in 2021 & then a fully permentant circuit designed by alex wurz in 2022

Contributor
F1Brits_90 I reccomened you read up on the 'new man in charge' and the torture of journalists, political rivals and his own family members in order to get into power. 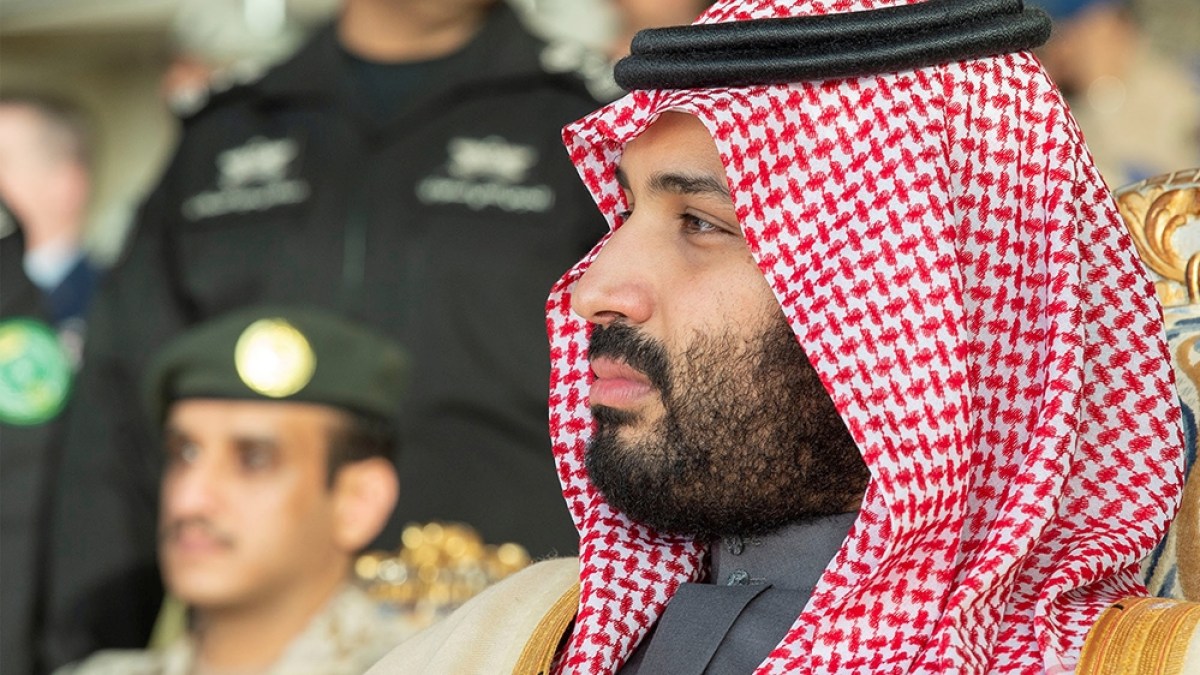 Torture in Saudi prisons: ‘Most oppressive era we have witnessed’

Three Saudi clerics reportedly on death row and dozens of activists are believed to have endured brutal treatment. 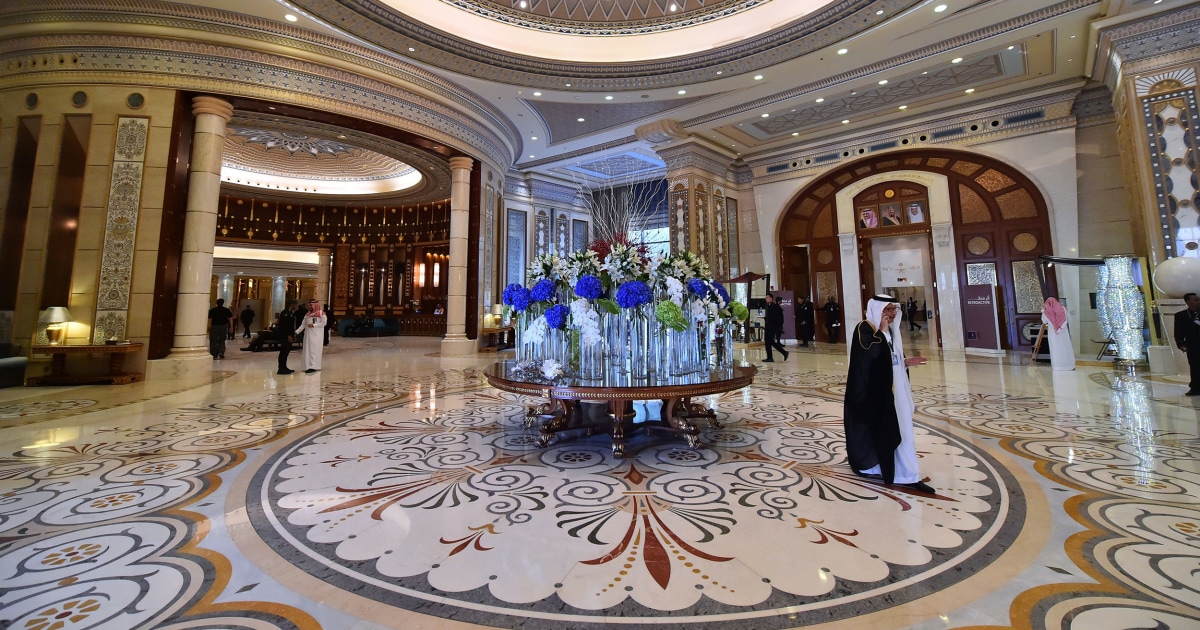 How Saudi Arabia's crown prince crushed his rivals at the Ritz

Royals and others held at the luxury hotel after a Nov. 4, 2017, roundup were subjected to extortion, psychological abuse and torture, U.S. officials say.

The British government is trying to present the side you talk about above and brush the other bits under the carpet because of the financial and political benefits it brings the UK.
Last edited: 28 October 2020

RasputinLives said:
F1Brits_90 I reccomened you read up on the 'new man in charge' and the torture of journalists, political rivals and his own family members in order to get into power.

Torture in Saudi prisons: ‘Most oppressive era we have witnessed’

Three Saudi clerics reportedly on death row and dozens of activists are believed to have endured brutal treatment.

How Saudi Arabia's crown prince crushed his rivals at the Ritz

Royals and others held at the luxury hotel after a Nov. 4, 2017, roundup were subjected to extortion, psychological abuse and torture, U.S. officials say.

The British government is trying to present the side you talk about above and brush the other bits under the carpet because of the financial and political benefits it brings the UK.
Click to expand

yeah i admit it was completely 1 sided, from an interview in the run up to the joshua fight & other bits ive heard. but i would admit that leopard dont change their spots but just get cleverer.

though with F1 hasnt it bolted decades ago & why are we so angry at Saudi Arabia. we've raced in China, Malaysia, Bahrain, UAE, Azerbajian, Russia, Vietnam, India, Brazil in the last 15 yrs with rafts of issues in the countries from poor human rights, homophobia, corruption etc

Contributor
So you're saying if a serial killer murders their 20th victim we shouldn't get angry because they've killed 19 people already?

I think you'll find the original post was a 'yet another one' post and if you go back through this forum there is criticism of F1 being in all those countries you've talked about. To suggest people shouldn't be angry at F1 going to Saudi Arabia because it goes to other bad places is kind of missing the point. Unless you are suggesting international sport doesn't need to consider these issues and that we in the west should be able to sit down and watch our sport in peace without worrying about the rest of the world.

Valued Member
And in the past F1 has gone to race under a military junta in Argentina, Apartheid South Africa, a fascist dictator ship in Spain, and communist controlled Hungary. I should stop watching as it offends my socialist heart.

its Clear F1 doesnt care about these issues RasputinLives have the calendar is made up of these. you could say we shouldnt race in Australia. considering the appalling treatment of the aborigines. the tipping point for me was when we went to Bahrain GP during a civil war. when F1 puts morals above money for 1st time. then i will say something.

but at the moment, ive got to look at this realistically yes am i against it because it does feel abit Hitler's Olympics & rumble in the jungle but we know if kim jong un wanted a race & had required money we would be there.

i was going to mention that 21 times F1 raced in South Africa under apartheid & twice after in 92 & 93. that is shocking every other sport oastriaced them. F1 didnt . contrast that to the cricket who went on 2 "rebel" tours & some are still vilified to this day 80/90% never played for England again

I hope the penalty for exceeding track limits doesn't cost the driver an arm and a leg.

Human rights anywhere are purely dependent on money, governments have for years have publicly denounced regimes but unofficially i.e ministers stating personal views but actuactually negotiating and dealing with the said countries, similarly there are written conditions regarding treatment of employees and their rights to rectification, however any who try to use them are dissuaded from using them and those that do will end up leaving the job. Basically there's the PC public stance and the actual stance. F1 is no different, it actually is more open in its stance regarding employees treatment and its attitude towards regimes, i.e we may think about it, never make a statement about it then collect the money and ignore it till next year hoping everything has calmed down, regarding employees in F1 have a look at the Red Bull teams.
Should you be PC then F1 is not the place to be as Lewis is finding out, but being a multi WDC does have a few perks, he wouldn't be where he is today having the same public stance in his first couple of years irrespective of his driving ability.
Last edited: 29 October 2020

Staff Member
Premium Contributor
So Dartman what you're basically saying is, ignore the bad stuff because even if, like Lewis Hamilton, you've been the victim of racism it doesn't matter because you've got a few perks as a world champion.

And we should all get real, ignore the despotism because we need to understand people need to make money.

That's what you're saying yeah?

cider_and_toast no you do your thing, I'm just very cynical, I've stopped banging my head against walls, I'm too old to bang drums and save my energy for a longer life, the secret of a long active life is to proceed through life without giving a shit

Contributor
I dunno if I want a long life like that. Better dead than Smeg.

Staff Member
Premium Contributor
I believe the saying goes, "all it takes for evil to succeed is for good men to do nothing"

cider_and_toast , it's interesting as many of these so called totalitarian states have not suddenly changed into draconian regimes, they have been the same for hundreds or in case of some thousands of years through various regime changes, it's us in the on the surface liberal PC west that are trying to inflict our way of life onto others. The problem is that we arrogantly consider we are right and they are wrong, but are they? One could argue that a draconian criminal justice system that kills and maim those found guilty is wrong, but it is effective, it is also fiscally acceptable to have a sub culture that is kept in its place by threats and controlled by our standards draconian methods, however again it is not new they have been that way for hundreds of years, slavery was a culture in the middle east back before Greek times, so they have advanced in our terms but not fast enough.
Free speech is great in theory as are anti demonstrations, but as we have found that a violent minority now controls the lives of the normal way of life, Boris was castigated from the day he won the election but whether you like it or not his majority was legitimate and he has the right to carry through his policies if that includes by the woke brigade of draconian methods of controlling unruly or violent demonstrations then so be it.
What is right really depends on ones own values and they differ from grudging acceptance to outright opposition or slavish agreement no one really is right because right has no arguable definitionin this case only an opinion.

Staff Member
Just because it's always been that way doesn't make it right.

We had draconian punishments and regimes in the UK many generations ago.

We evolved and became more humane.