Contributor
Here is an interesting chart to consider for this weekend's British Grand Prix. The last time these tyres (soft / hard) were used was in Barcelona. At that race, as we know Ferrari struggled with the hards in particular. This chart shows how their fastest times on the hards were much slower relative to the McLaren's for example. 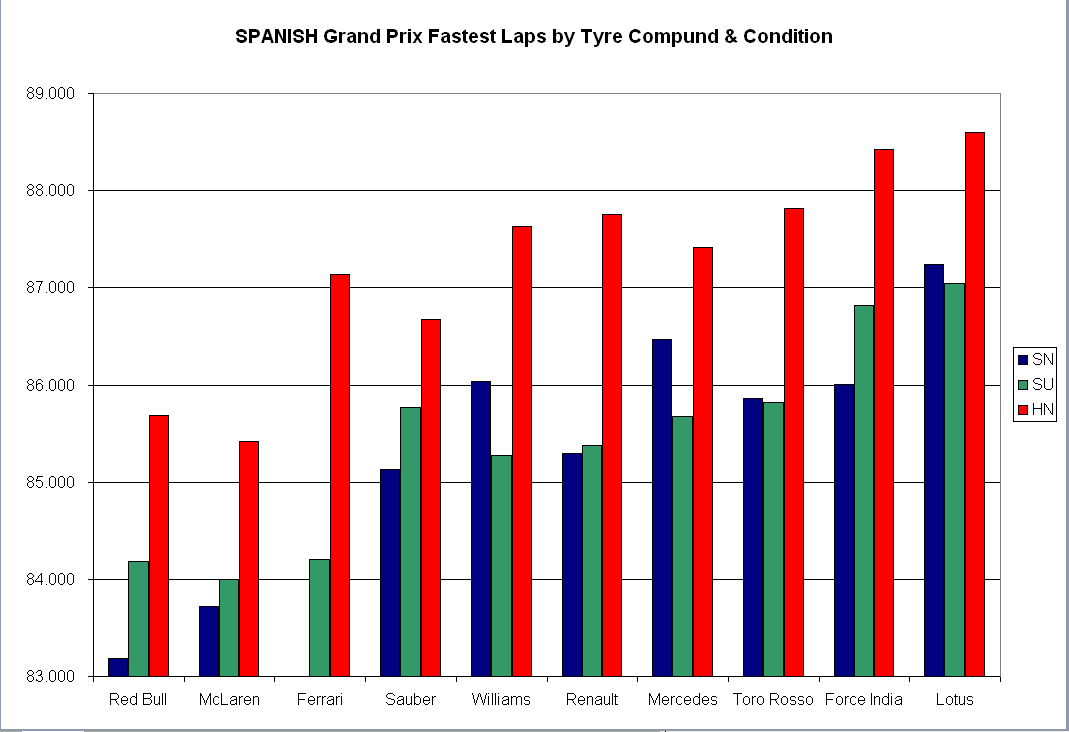 The chart has come from some developments sushifiesta and I have been making to the tyre analysis that he started for Valenca. We set about making it easier to replicate and now that we have made some progress, I thought I would also publish this snapshot of these hard / soft tyres when they were used in Spain because they might be relevant to Silverstone too. 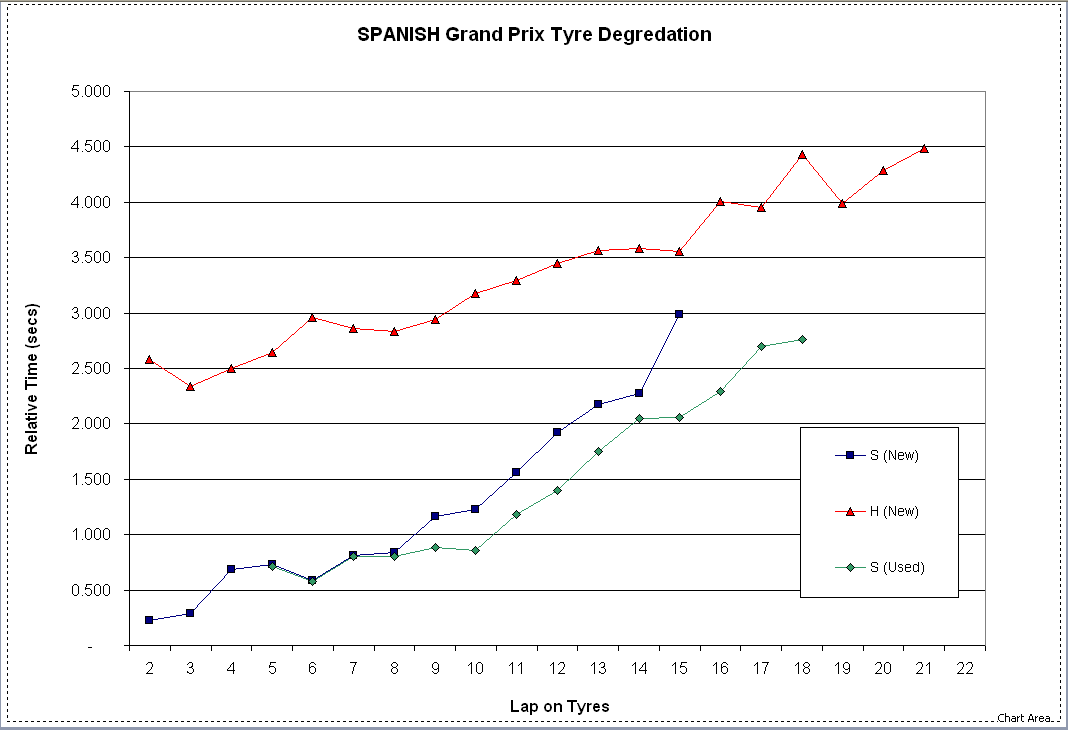 What we are doing is trying to compare each lap with that driver's fastest fuel adjusted in that stint, taking out all the strange laps (pit laps, outlaps, being lapped, lapping, stuck in traffic etc) and then plotting them to try and get a pure view of tyre degredation.