Valued Member
I randomly generated 10 numbers between 1 and 889 on random.org. So now I'll find the Grands Prix related to those numbers and ask you all questions about them...! 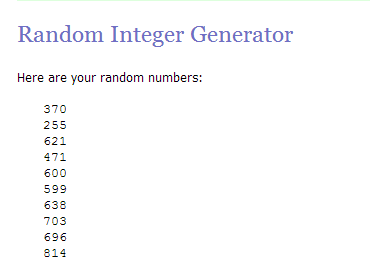 1. Keke Rosberg was beaten by 5 hundredths of a second at the 1982 Austrian Grand Prix. By whom?


Elio de Angelis
2. The 1975 Monaco Grand Prix was won by Niki Lauda. What nationality were the other two drivers on the podium?


Brazilian - Fittipaldi & Pace
3. Alex Wurz famously went on a barrel roll at the first start of the 1998 Canadian Grand Prix, but where did he finish in the spare?


Pole position.
6. Despite not finishing the 1997 Brazilian Grand Prix, Damon Hill still beat Ukyo Katayama by a lap. Which constructor was the Japanese driver representing?


Minardi
7. Other than Michael Schumacher, which other driver, who would also be seen in F1 in the 2010s, did not complete a lap of the 1999 British Grand Prix?


Pedro de la Rosa
8. Kimi Raikkonen beat Rubens Barrichello by 0.6s for second at the 2003 Austrian Grand Prix. Were they closer to Michael Schumacher in 1st or Jenson Button in 4th?


They were closer to Schumi, who was 3 seconds in front, rather than Jenson who was 39 seconds back
9. The 2002 United States Grand Prix is famous for Ferrari's attempt to stage a dead heat. Which of the two Ferraris scored fastest lap by a similar margin to the actual race result?


Barrichello.
10. Luca Badoer started his 50th Grand Prix at the 2009 European Grand Prix, 10 years after his last. How many races did his team-mate Raikkonen celebrate at Valencia?
CLUE: It is a multiple of 25.

Valued Member
0 then, thanks Mephistopheles.
M

Contributor
No, I got more than 0 but less than 2.. So technically I haven't said have I....

Valued Member
That got you talking...

Valued Member
3, as ever.

Contributor
2.
Supreme, but not in the true sense of the word.

Contributor
4, which given that tooncheese got the same must be quite good!