Valued Member
A bit late in delivering this news, but here it is anyway: BMW-owned Mini have confirmed they will be entering the World Rally Championship with a car based on their new Countryman model.

The car will be built and run by Prodrive in Banbury, who won multiple world championships during a long association with Subaru, and will use a BMW-derived 1.6 litre turbocharged engine. It is expected to debut on selected events in 2011 before committing to the full championship from 2012 onwards.

The original Mini Cooper was developed by BMC competitions department into a successful rally machine, famously winning the Monte Carlo Rally in 1964, 1965 and 1967. Ironically, the ACM have recently confirmed that the Monte will again run as a round of the Intercontinental Rally Challenge, and not the WRC, in 2011, for the third year in succession.

Meanwhile in Finland the latest round of this year's championship is underway. Local hero Mikko Hirvonen had established a commanding lead in his Ford over the first three stages but crashed heavily over a jump in stage four and has been forced to stop. This has left Norway's Petter Solberg at the head of the field, though with less than ten seconds covering the top five positions it is all incredibly close. 51-year old former quadruple champion Juha Kankkunen is making his first WRC start for six years in a Stobart-run Focus WRC, and after four stages Juha is in tenth position, one place behind countryman Kimi Raikkonen.

Is stage 8 being shown live on TV or is it just highlights as usual later in the evening/week?

What happened to Loeb?
Some sort of problem surely being over 30 seconds down.

Isn't it! The championship has really needed another works team for a long time, this could really give the sport a boost. Especially if, as rumoured, Marcus Gronholm ends up driving for them...


Brogan said:
Is stage 8 being shown live on TV or is it just highlights as usual later in the evening/week?
Click to expand

Just highlights I think Bro. I've been getting my stage times from here:
http://www.ewrc-results.com/results_mai ... =&section=

There is also http://www.wrc.com of course.


Brogan said:
What happened to Loeb?
Some sort of problem surely being over 30 seconds down.
Click to expand

His front bumper came loose on the early stages which caused a loss of downforce...apparently. I think his main problem will be having to run first on the road and sweep the stages of loose gravel for the other runners. His times this afternoon are better, which would be consistent with that theory.

I'd still have him down as a very likely winner tomorrow.

The mini better look like this or I shall be unimpressed! 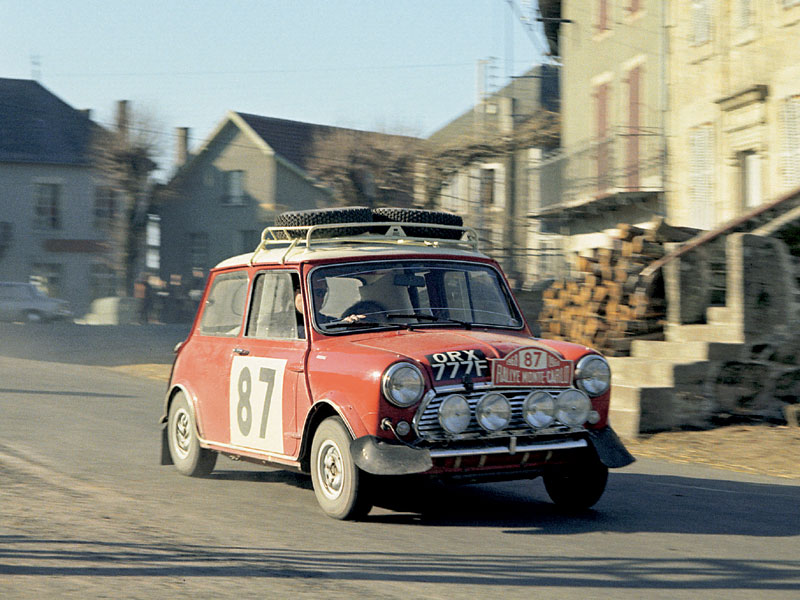