I know it says WRC, but couldnt find a rallying tag

Anyone going to be watching dakar rally over the next couple of weeks, 8th successive year that the event will be held in South America. start in Buenos Aires, on January 2, then run through Argentina and Bolivia. Before it finishes in Rosario but its the toughest rallying test in the world. they face 13 racing specials of 300 - 400 km in a few 500km that without the liaisons to put in perspective, a WRC rally is 250 - 330km spilt into 20ish stages

all the main contenders are there in the cars in the newcomers peugeot you have
11x champ (6 bike 5 car) Stephane Peterhansel
2x WRC & 2010 Dakar champ Carlos Sainz
5x Bike champ Cyril Despres
Mini - 2x champ Nasser al attiyah
in the Toyota 2009 champ Giniel de villiers who are both always consistent contenders every year.

but cant forget in the peugeots & minis respectively the drivers that will have the most interest finding out how Sebastian Loeb & Mikko Hirvonen Talent will transfer but in the bikes its more of an unknown quantity because for the 1st time since 1999 there is no Coma or Despres, 2 legends who have between them the won last 10 dakars

No live coverage unsurprising considering the length of the stages at sometimes 500km, but they always bring daily highlights & interviews on eurosport around 10pm or 10:30pm. (providing the bdo darts dont overrun because of rights differ between british eurosport & eurosport international) if not there are plenty of repeats through the night & early morning 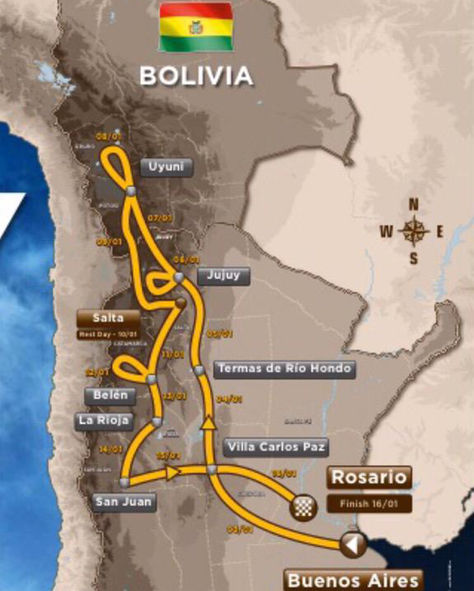 Contributor
My favourite motorsports event of the year.

Contributor
I think they need to drop the 'Dakar' from the name as well as the 'Paris'. It's not been held in Africa for some time now.

Contributor
I don't think Paris had been in the event's name for years.

Greenlantern101 said:
I think they need to drop the 'Dakar' from the name as well as the 'Paris'. It's not been held in Africa for some time now.

gethinceri said:
I don't think Paris had been in the event's name for years.
Click to expand

yeah its not been the paris dakar & just the dakar now for yrs now. but i think they just keep it because it the name, along with all the history & heritage that goes along with it. & it really with some of the landscape you know a difference in majority of stages

but amazing from loeb i knew he was good from watching him in the WRC sure someone like a hirvonen or latvala, once answered in TV interview how he couldn't go any faster on limit, then loeb came through 20/30secs faster & so was interested in how loeb would get on with the longer distance, well he answered that one 1st proper stage & he beats peterhansel 11x champ by nearly 2 1/2 mins. imagine how good he will get with experience

loeb again scarely good 2 proper stages 2 wins & increasing his lead to over 5mins, as i said loeb has said that he's still learning, which for his opponents should be big warning because he's been mostly untouchable. & even at this early stage id guess he wont lose on pace, but depends on whether he gets a mechanical or has trouble with navigation

but had a chuckle at this though last night because i know the dutch are stereotypically calm but when his van den brink wirh his 2 teammates, sat looking at below & in the intervew he described this as "a few problems" now thats calmness to the extreme 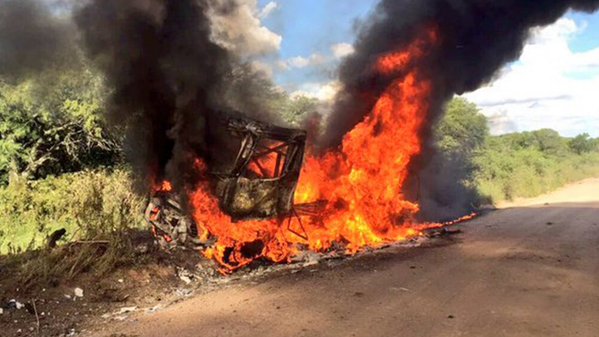 Loeb had the pace & heavy favourite for 2017 but his inexperience possibly cost him but take nothing away from peterhansel what an achievement 50yrs old & still the best winning the dakar by 38mins from nasser al attiyah which is amazing longevity to still be competitive 25yrs after his 1st victory back in 1991. But shout out for mikko hirvonen 4th few mins off a podium & stage win not a bad debut

it was brutal at times in final week when 2 stages had to be curtailed due to 47c heat but what looked like pre dakar the most open race for a decade, Toby Price took a convincing victory on only his 2nd attempt by nearly the same the margin at 35 mins from privateer sviko. taking KTM's 17th consecutive Victory, setting 2 records in the process becoming the 1st non European biker & 1st Aussie in any category to win the dakar.