A 3rd Brit to watch out for is Oliver Rowland who dominated 3.5 WSR and is part of the Renault young driver's program but is racing for the Dutch Team MP Motorsport alongside stalwart Daniel De Jong who have a poor record in GP2.

They will be up against Nobu Mastsushita who will race for championship winning team ART and the Mclaren Development driver.

Valued Member
Was it Olly Rowland who showed that you can overtake at Monaco last year in the WSR race? Quite an exciting driver, in the old fashioned sense.

Contributor
Olly Rowland is probably the class of the field to be honest but showing it in the MP motor sport car will be hard.

I think both Alex Lynn, Marchellio and Pierre Gasly have a lot to prove after below standard standard seasons last year but the one to watch out for is Sirotkin. He was best of the rookies last year and had a great run of for. Whilst he got caught up in all that Sauber nonsense it was because he was quick in karts. 5th year in cars and he has been getting better.

Always enjoy gp2 series sometimes give you better racing than the main event. I fancy mitch evans along with alex lynn & oliver Rowland to come of age & fight for the title this yr

Contributor
GP2 has announced its calender and won't be kicking off until May this year in Spain:

Baku, Germany and Malaysia are now on the calender but the round in Russia has been dropped. To be honest a bit gutted thet Russian round has gone as the GP2 and GP3 races on that track were always packed with action.

Kirchhofer has stepped up to GP2. He's always been a front runner in every series he's been in and has already had two years getting used to the Pirreli tyres in GP3 so I expect to see him mixing in with the front runners at somepoint - As long as Carlin get a handle on the car of course.

Contributor
Gasly tops the times in testing. Gasly has always been quick and always been at the front but he has not won a race in any series since 2013

Not sure these times mean much. Quite a few drivers there by fund rather than talent this year and who is the idiot who has decided to let Sergio Canamasas race a GP2 car again?

Contributor
With Status Grand Prix pulling out of the series we nearly ended up with no Canamasas on the gird.

Thank goodness for that! Who would we have to drive into people and cause needless accidents otherwise?

Brilliant to have will Buxton back in the commentary box as a co commentor. But sirokin who made a silly but understandable mistake spinning it on exit of turn 2, changed the race because it forced front 2's hand. Gasly couldn't get the the tyre to work & had to go further than they were comfortable & nato was a shock to me because he got more in the opening round this weekend than he managed all season last yr

if you didnt watch the gp2 feature race, you have to watch it is Easily the best gp2 race ive seen ive been watching it now for 4 years so much drama right to the very end. & if we get a race half as good on sunday we'll be in for a treat


as i said such drama especially in the final 20 laps so many crashes sirotkin out of 2nd, king, ghiotto, eriksson, jeffri & latifi. oliver rowland comes harries nato for what we thought was the net lead but then biggest drama unfolded with 2 laps to go Markelov decided to stay out as long as he could with roll of the dice after starting 15th because of all the crashes & 5 virtual safety car periods, meant Marklelov couldnt pit until 2 laps to go & then VSC ended at swimming pool pitted straight away came out to retain the lead & sealing the biggest shock since oliver panis win 20 yrs ago, how on earth markelov gained nearly 30 secs under the VSC to retain lead instead of 5th/6th nobody knows

Feel for sirotkin as he could've been leading gp2 with 43 or 50pts with a 3rd in spain possible 5th in sprint race, then 1st/2nd today possible 6th tomorrow in sprint race instead after the spin & stall in catalunya, then sucked into taking too much speed exiting picince crashing out of 2nd, instead is on 0 pts after 2 rounds

Contributor
Brilliant race today. No penalty for Markalov so it must have been legit.

Have I mentioned how much I love to watch Oli Rowland race? Always exciting to watch in anything he races in. Would love to see an F1 team give him a go.

The season favourites for the title were Sirotkin, Lynn and Gasly. They've all be distinctly

Also. Norman Nato leading the championship? Have I slipped into bizzaro world? 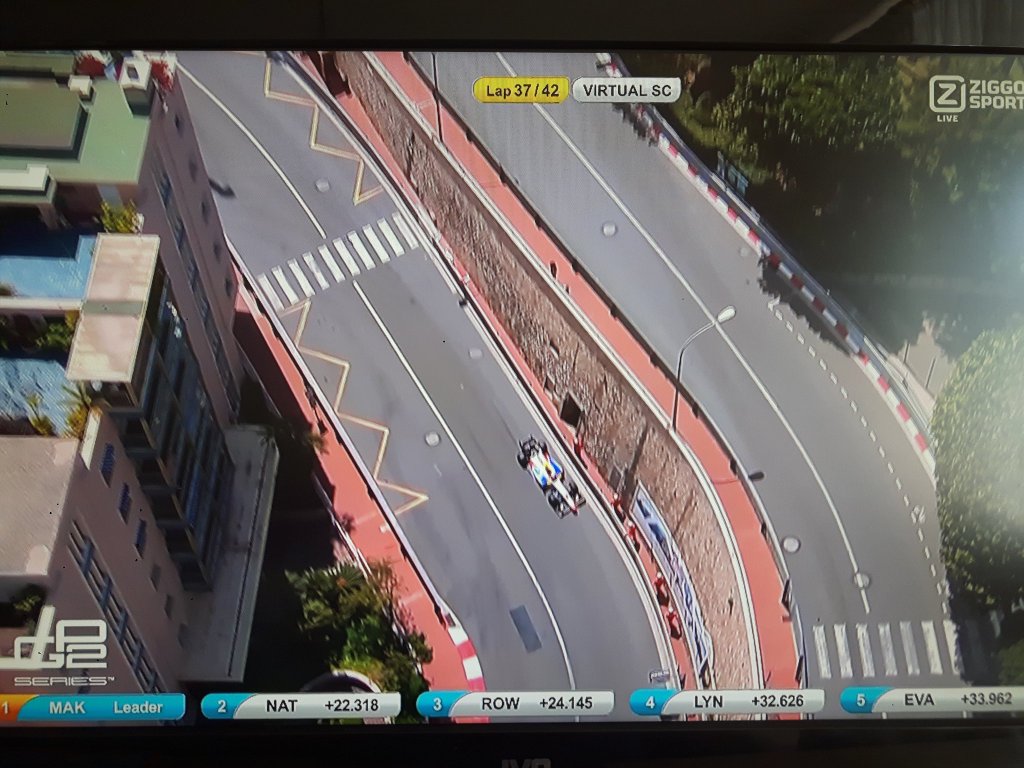 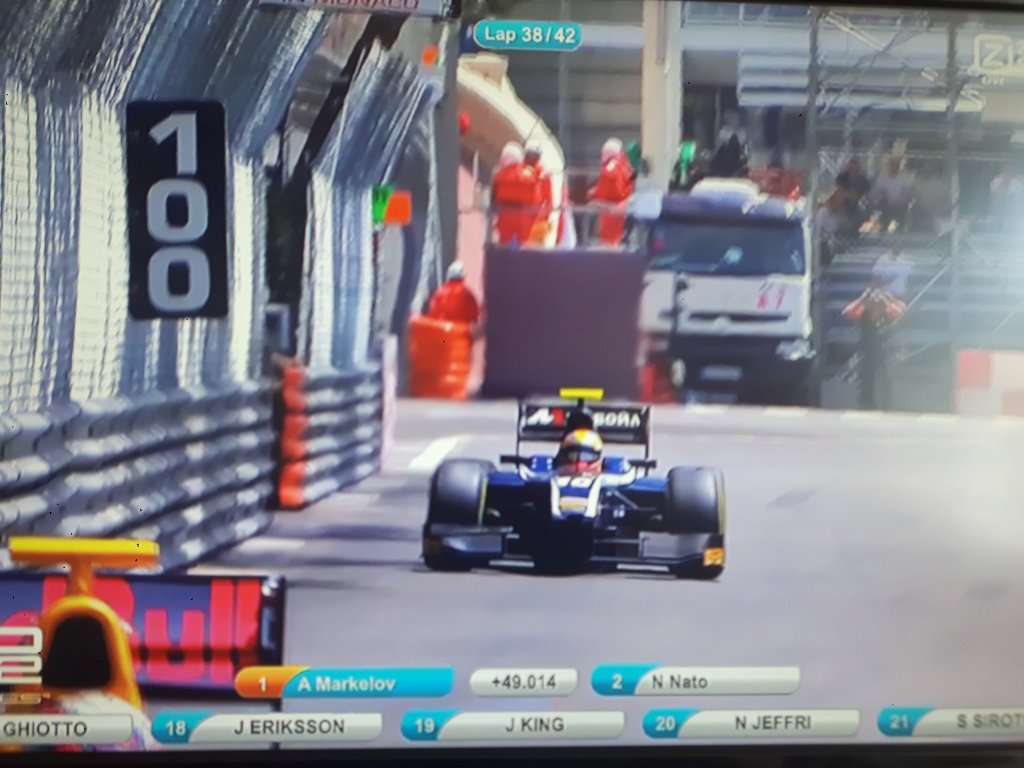 Well has there been a formal protest?

Markelov and Nato surprise championship pace setters - does any F1 team want them?

Contributor
Lynn is in a DAMS car which is class of the field really and I can't help but be a tad dissapointed in his results in first 4 races.

I'd love to see Markalov in F1 for the entertainment value alone but I doubt we'll see it. I Don't really rate Nato if I'm honest. 90% of the time he's just a bit blah. His results so far this year just show how good that Racing Engineering car is.......it also tells me Jordan King needs to pull his finger out.

I genuinely have no idea who is going to win the title this year.

Jordan King - is it because of his dad's or is he really that good ?

It is very open this season

what an absolute moron matushita is, needs banning for a race he caused a huge pile up & another SC period because he backed the pack for too long, was still backing them up after the SC line causing huge confusement because drivers knew they could accelerate but unsure if they could overtake the leader & then on the 2nd SC start he did it again. but then taken out by someone. cueing huge cheers & applause from the disgruntled drivers

although on positive note for the 1st time since 2012 a driver (giovinazzi) has taken the double sprint/feature race double. joining the drivers Hamilton, Rosberg, Hulkenburg & Valsecchi

F1Brits_90 said:
what an absolute moron matushita is, needs banning for a race he caused a huge pile up & another SC period because he backed the pack for too long, was still backing them up after the SC line causing huge confusement because drivers knew they could accelerate but unsure if they could overtake the leader & then on the 2nd SC start he did it again. but then taken out by someone. cueing huge cheers & applause from the disgruntled drivers
Click to expand

Your request has been answered: Matsushita suspended for next event - GP2 Series

Contributor
Brilliant weekend of GP2 racing! Giovinazzi was quick in F3 last year but never expected him to be on this pace so quick in GP2.

Gasly cracked yet again, Lynn was nowhere and whilst Sirotkin got some good results this weekend he's messed up in the first 4 races. Those guys were supposed to be the title favourites but right now I Don't see it. I think this title could be anyone's!
Last edited: 19 June 2016