Ferrari falling out of favour with Fernando?

Staff Member
The honeymoon would appear to be over.

Reports are starting to appear in the media that Alonso is becoming more and more frustrated and disillusioned by Ferrari's inability to compete at the front of the grid with Red Bull and McLaren.

This is a significant turn around after Alonso won his first race with the team in Bahrain.

So where did it all go wrong?
Ferrari aren't budget limited so why isn't there a constant flow of upgrades and new parts as there are with other teams?
Alonso in the past has claimed that he was personally responsible for bringing a 6/10ths improvement to McLaren so why hasn't he been able to do the same at Ferrari?

Ferrari do have some upgrades planned for the European GP but the general consensus is that will only bring Ferrari to the level that the leading teams are at now and they too will have improved further by then thereby maintaining the gap.

We have seen in the past the result when Alonso loses interest in a team and starts to publicly criticise them so could the same thing happen at Ferrari and so soon?

I suspect not as there aren't that many choices left for Alonso now compared to a few years ago.

Staff Member
Premium Contributor
Part of Ferrari's issues I think are as a result of the shift in personnel over the last 4 years after the conclusion of the Schumacher years. After such a long period of dominance an eventual decline was some what inevitable. There have been plenty of stories over the years about how unmanageable working practices can be at Ferrari when they loose focus and perhaps we are seeing a bit of this now.

As for Alonso, I think he'll live to regret that 6/10ths remark. Lets face it, I don't think anyone inside the sport or watching from in front of a TV actually believes he made that much difference to Mclaren. His performance at this weekends Turkish GP was pretty inexplicable. I believe he is a faster driver than Massa but not as consistent. The Ferrari/Alonso relationship is still young and has a long way to go yet. I don't think he will be asking himself too many questions until at least mid-way through next season.

Contributor
I have been wondering about Ferrari's lack of updates as well. Perhaps they have come to the conclusion that their present car has reached the limit of its develpment due to some inherent flaw in the design. In the old days, Ferrari F1 cars were known as engines in search of a chassis. Maybe that is the case now.

I think that Alonso believes that he is the overwhelmingly best driver on the grid, so any shortcomings in his results must come from the car. He is (in)famous for throwing tantrums when he is out performed by his teammate. Wait and see what happens if Massa bests him in two or three straight races!!

I wonder what Ferrari think of their decision to buy out Kimi now?

Valued Member
I don't know about this really- we know Fernando is a very demanding individual and has high expectations. He made some strong public comments about his team when he was leading the championship with Renault, so for him to be frustrated now is unsurprising.

He must know, though, that there is nowhere else for him to go, and the focus must be on making this relationship work. By all accounts he has more of the team's attention than Massa does, and I'm sure he is bringing his experience to bear behind the scenes in terms of turning things around. He may also feel that a few carefully released comments in the public sphere will add pressure on Domenicali to give Fernando what he wants? Or he may simply be unable to conceal his disappointments.

Either way I don't see this as symptomatic of a bigger falling-out further down the line. Ferrari's new package for Valencia may well do the job, even if it is a bit late arriving.

Valued Member
Looking at the development of the only two élite teams Alonso has any experience of, McLaren and Renault, you can see how Alonso could be disappointed by a 'normal' rate of development. Ferrari's idea of development in its most successful recent year (2006) was to ban Renault's key component so...

Staff Member
Premium Contributor
Are you suggesting that Ferrari would be behind a ban on F-Ducts*? Oh wait......

(*Don't know if any one else heard this at the weekend but I found out why they are called "F-Ducts". It's the name Mclaren gave it because the opening of the duct is next to the F of Vodafone on the nose of the car. Now almost every team are using that name. You've got to love purple poll syndrome 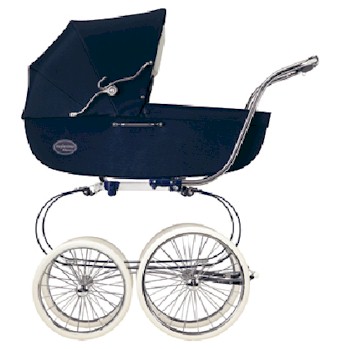 In seriousity, I think a) as previously mentioned Ferrari possibly haven't been able to keep up with their rival's pace of development, case in point being McLaren, having had a torrid start to the season last year now know the pace of development they need to maintain to catch up with a Red Bull car that is so quick out of the box and the Scuderia are just lagging at this point in the season.

b) Fernando has made some mistakes - Monaco quali for example

The fact that the Ferrari was mighty at the start of the season gave Fernando a huge expectation for the season. As the car, his own performance and development began to drop off he became frustrated. At Monaco his frustration was suddenly released as the car suddenly came alive and shone, and then, to his horror he put it in the wall. A car that could and should have had pole and the win at the jewel in the crown of F1 was denied by his own stupidity!

The only way a man like Fernando is going to get through that kind of anguish and shame is to lash out at his team, create a diversion from his own self loathing and fear of failure.

Valued Member
You can, to an extent, understand Alonso's frustration. Ferrari are slower than Mercedes and Renault are running them close, which is not where either they, or Alonso, think they should be. A driver of Alonso's calibre and experience has to push the team and, I suppose, if doing it quietly, internally doesn't make them get a shift on then the only other route the driver has is to feed things to the press. Perhaps not condusive to good team relations but if he can see that the team aren't making the advances they should what other option does he have?

I'm open to correction on this but the most succesful Ferrari's of recent years have been the work of Englishmen (puffs out chest with pride) with Prost's race winning cars from John Barnard & his team (weren't they designed in Guildford?) and Schumie's dominant machinery being headed up by Ross Brawn. Perhaps Ferrari need to get over the idea that a Ferrari should be designed by Italians and bring in some "foreign" talent.

Wasn't there a thread on here some time ago about Ferrai returning to their insular ways of years gone by with the risk of exactly what we are seeing happening?

It's remarkable we are having this conversation, isn't it?

At the first test of the season, the Ferrari was totally dominant and setting frighteningly consistent lap times. Throughout the rest of testing it continued to suggest it was in a league of its own in reliability and the way it used the Bridgestone tyre.

In Bahrain Felipe Massa qualified one tenth behind Sebastian Vettel and Fernando went on to run P2 in the race pressurising Seb throughout and eventually coming out the winner.

Where did that performance go? What haven't they been able to developed?

One area where they lost ground is with their suspension... were they using a hole in the regulations that was subsequently slammed shut? ie: manual adjustment during pitstops...

Their version of the F-Duct appeared to make the Ferrari the quickest car in a straight line at Barcelona, 5kph quicker through the speed trap than McLaren and 9kph quicker than Red Bull. Did the fact that Fernando had to take his hand off the wheel to make it go that fast upset him?

We saw last season that a disgruntled and openly critical driver can motivate a team to turn things around and turn a complete and utter dog into a race winning car. However Lewis's asperations were to have a car that could win races and I suspect Fernando is far more interested in Championships... And this one in particular, the one he set his heart on when he first got in the car and blew rest into the weeds.

FB said:
I'm open to correction on this but the most succesful Ferrari's of recent years have been the work of Englishmen (puffs out chest with pride) with Prost's race winning cars from John Barnard & his team (weren't they designed in Guildford?) and Schumie's dominant machinery being headed up by Ross Brawn. Perhaps Ferrari need to get over the idea that a Ferrari should be designed by Italians and bring in some "foreign" talent.

Wasn't there a thread on here some time ago about Ferrai returning to their insular ways of years gone by with the risk of exactly what we are seeing happening?
Click to expand

I think the MS-era Ferraris were more Rory Byrne (Saffer) designed, with the race and technical team as a whole led by Ross B, but the point stands that Ferrari no longer have a 'star' designer (with no disrespect to Aldo Costa or Nicholas Tombazis), and the return to a higher proportion of Italian staffing does seem to be hurting them.

Contributor
I agree on the leadership side - I can't imagine lasting 5 minutes in a team where Todt felt you weren't succeeding. Domenicali just doesn't seem to have that fire, and someone needs to start one somewhere.

Although I hate this airing of dirty laundry and finger pointing, and Alonso's prior actions hardly cause sympathy, someone had to get things going, so maybe the Spanish Wallflower has justification in pushing things...