Suprised there's no thread (although I had one for his blogs), so i'll start off:

A double world championship vs Raikkonen and then Schumacher in 2005 and 2006 respectively elevated Alonso's status but, apparently, no one told his rookie teammate at his brand new team of a theoretical 'pecking order' the following season ... and the Spaniard was 'seen off' by the young Englishman, Hamilton, into two years of Wilderness while both Hamilton and an even younger Vettel began to make their mark through '08 and '09.

Arguably, Alonso was in the Top 3 of all the Formula One 'Aces' in the 2000s following Hakkinen's retirement - up there with either Schumacher/Raikkonen and, then, Raikkonen/Hamilton - and remains so in the early 2010s along with Hamilton/Vettel...with only Kubica knocking on the door until the Pole's horrible Rallying accident.

A question mark initially over 2004 during which Trulli lead him in the standing until the Italian fell out with ex-manager and team boss Flavio Briatore (Alonso's then business manager) under dubious circumstances after the French Grand Prix.

Another question mark is...Who has progressed more since the end of 2007: Hamilton or Alonso?

A fan. Then came the unfortunate blackmail allegations against McLaren boss Ron Dennis on the morning of the 2007 Hungarian GP which came to light at the highly costly FIA 'Spy-Gate' hearings before Spa...followed by the odour of the deliberate crashing of the Number 2 Renault car at Singapore in 2008 which lead to Alonso finishing 1st in the event and ended in the banning of Briatore and Pat Symmonds a year later.

2009 was a poor year with 'Nando's' mind likely on the prospect of Santander paving the way to better prospects at Maranello one year earlier.

2010 was a fresh start at Ferrari (who no longer had Schumacher walking through the premises regularly) but first half season mistakes ultimately cost him a title inspite of being infamously aided by a Team Orders switch w Massa at Hockenheim (which lead to more world-wide criticism).

Relatively fast, relatively consistent but prone to mistakes and a possible insecurity complex (*) based on wanting sole focus from a team and being only happy with a Number 2 in the other car running behind him. Anything else and it seemingly rattles him.

(*) This is my own personal opinion.

He's underperformed only at Malaysia (hit Hamilton) and China (invisible while Massa challenged McLarens and Red Bulls) and, arguably, Canada...but has maximized his chances in the other 6 races culminating in the British GP win.

He said in his post-Monaco blog that 'Silverstone would be the WDC cut-off'...and so, after some major upgrades, the Ferrari looks a winner again. It might be too late for 2011 given Vettel's finishing rate...but the 2012 regs means they should keep the hammer down at Maranello.

He's signed on through to 2016...So hopes are high of a WDC at some juncture...but not yet.
Click to expand

Brogan said:
One wonders whether there were ever any talks between Renault and Vettel.

Surely he would also have generated a significant amount of interest and sponsorship?
Click to expand

Good question, you'd imagine they'd have tested the waters at least. Although I think Alonso is faster/better, or was when he was last racing at any rate.

Really? They have a common teammate (Kimi) and while the Finnish Fraud was massively slower than both, he had a significantly bigger deficit to Alonso.

Contributor
I can't disagree with anything you said really Galahad but I just can't be doing with all the BS that comes with him. Both from him and the F1 media. His sponsors and PR do a fantastic job but it's all BS. If I have to listen to Brundle and Co gush over him again I might just go insane.

Galahad said:
Would make an interesting thread, no? I'd vote for Mansell, but willing to be persuaded.
Click to expand

Yes - one for another thread - I've got a lot to go on on Mansell and how much he is rated - but that would be getting off topic...

On his day, Alonso could be unbeatable. However, those days are fewer and further between (and he has a history of destroying teams)...
Alonso had 2 seasons where he could beat allcomers (due to a particularly handy Renault chassis). Since then, he has been living on past glories.

Time for someone new to come in. I'd have moved heaven and earth to get Russell in that seat...

Valued Member
He destroyed McLaren twice, and yet still they exist...

Sorry, don't mean to be flippant. I see the argument and his conduct has been very poor, no doubt about it. Mind you, we know where nice guys finish.

The best any of us can do, when it comes to intra- and inter-organisational relationships at that scale and from this distance, is hazard a guess. So maybe you're right, but I'm willing to consider that you're giving Alonso too much blame for Ferrari's technical stagnation and McLaren's messy Honda divorce.

The evidence that persuades me of his ability is the stopwatch - but some would say even that was only due to preferential treatment, and how could I prove that they're wrong?

Contributor
He is probably coming back as he hopes that the regulation changes for 2022 will give him a chance of being World Champion. But going by his choices of going to the wrong team at the wrong time, his move to Renault is likely to end up more like Damon Hill at Arrows in 1997, than Lewis Hamilton at Mercedes in 2013. 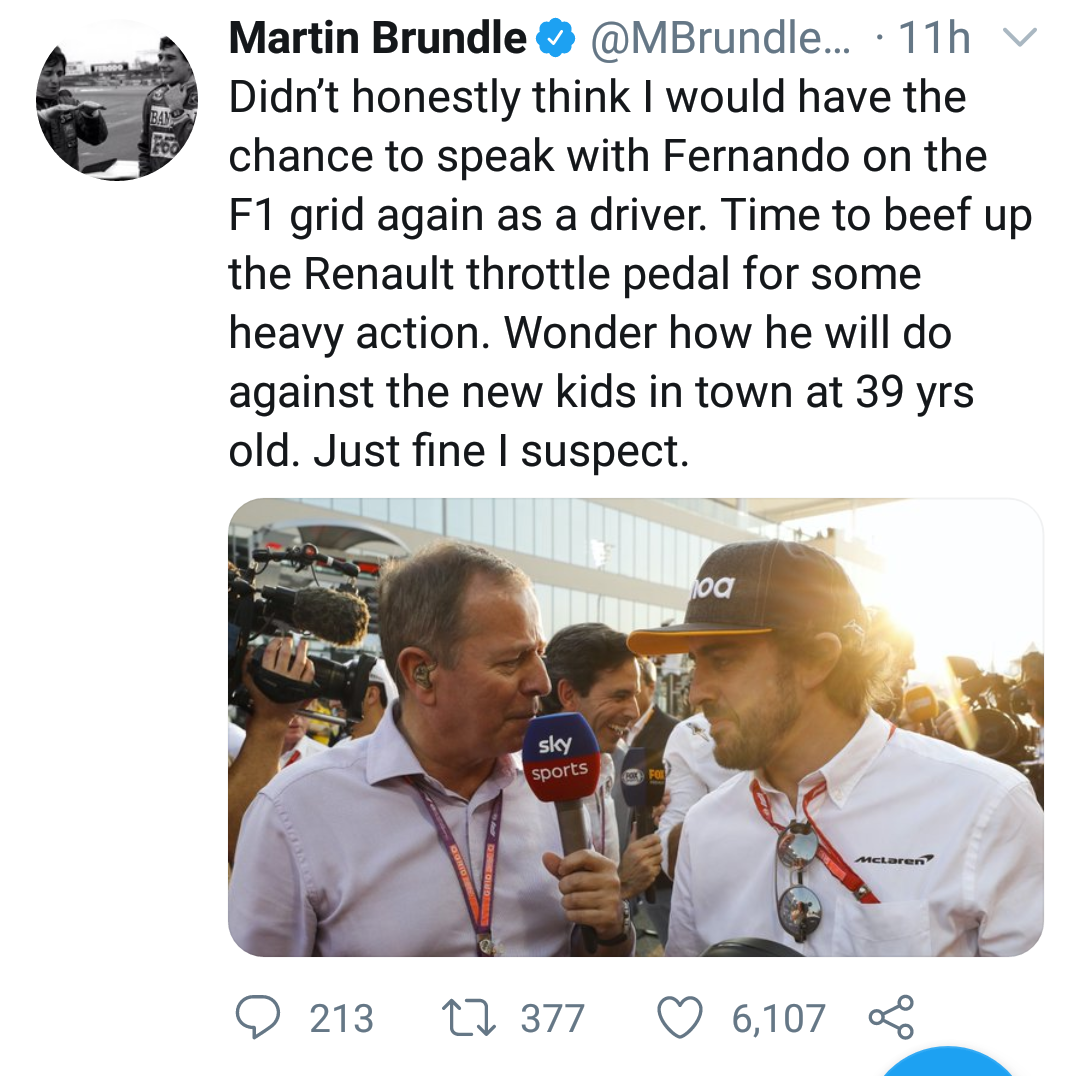 F1Brits_90 said:
i can see realistically how but just don't see why alonso 11months ago. told aItalian magazine 'Man In Town' that the F1 door remains open.

"If F1 becomes an attractive option again, there is no doubt that I would go back. If I decide to return to F1 it is only if there is a real chance of winning the world championship. I am not interested in projects that start from scratch. I want a winning car right away." 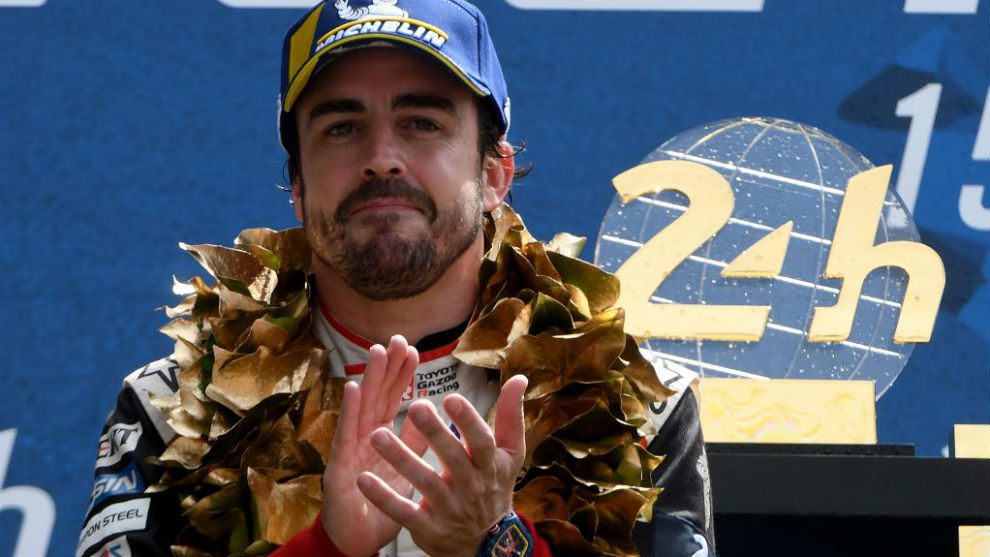 Fernando Alonso: I would return to F1 if given a championship-level car

Fernando Alonso has opened the door to a possible return to Formula One after leaving the sport at the end of the 2018 season. The Spaniard is a two-time world champion in the spor

so going to a team that is likely 6th best team on grid best case scenario. is the complete opposite to his ambitions. id be surprised if he won the B race never mind overall win. alot of talk about the new 2022 regulations. at the end of that (normal) season he would be 41
Click to expand

i knew he had said this last year & found it on the silly season thread. so why on 18th june 2019. i only want a winning car right away to 7th july 2020 yeah ill joined the 6th best car on the grid

we've got the fernando alonso documentary, looks pretty good & quite detailed. of course like these you'll only see the good side because they have editorial control. which was 1 of main complaints about the man city docu on amazon. im sure you'll be 1st in the queue RasputinLives to watch this 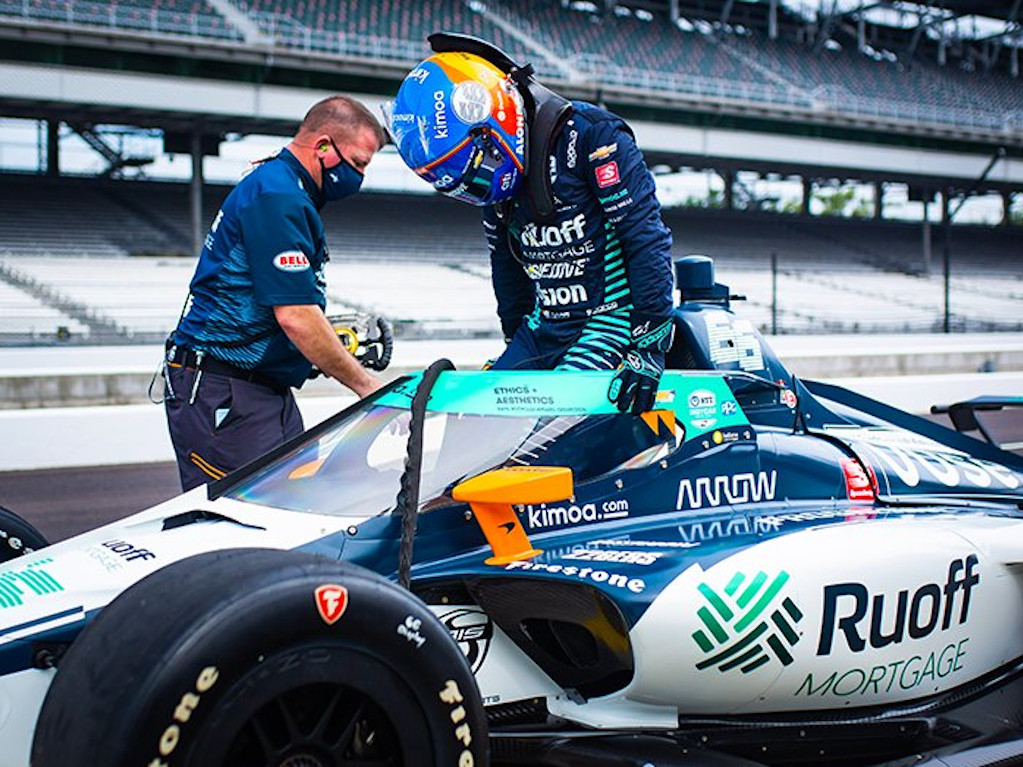 Alonso's the first to crash in Indy practice, again | PlanetF1

For the second year running, Fernando Alonso was the first driver to crash in practice for the Indianapolis 500.

Contributor
To be fair he started 26th and finished 21st which is a progression......I mean Max Chilton started 30th and finished 17th so it wasn't great but hey it was better than last year.

yeah for alonso seems it was beginners luck. could won the 1st time but for honda engine blowing. but 2nd he failed to qualify & 3rd he was very anonymous & never really troubled the leaders