Tony Fernandes' 1Malaysia F1 team lay claim to one of the most iconic names in F1, Team Lotus. Team Lotus, under the guidance of one of the greatest innovators in F1 Colin Chapman, was in F1 from 1958 to 1994. They took part in 491 Grands Prix, winning 73 races, 7 Constructors Titles, 6 Drivers Championships, 102 poles and 65 fastest laps. During this time some of the greatest F1 drivers drove for Team Lotus including Jim Clark, Stirling Moss, Ayrton Senna, Graham Hill, Emerson Fittipaldi, Jochen Rindt and Nigel Mansell.

With the support of the Malaysian government via Proton cars and two Malaysian Companies, Tune and Naza Groups, Tony Fernandes entered F1 under the Team Lotus name. Using Cosworth engines and Xtrac gearboxes Lotus signed up experienced drivers for their first season in F1 with Heikki Kovaleinen and Jarno Trulli.

The cars proved reasonably reliable although not quick enough to threaten the mid-field teams. Kovaleinen managed Lotus’ best finish with a 12th place in Japan and the team, based on count back of non-points scoring finishes, were placed 10th in the Constructors Championship – the best of the new teams for 2010.

Lotus announced during 2010 that they would switch to Renault engines for 2011 along with Red Bull gearbox and hydraulic technology. The same driver line up is retained and they will use the T128 chassis.

Whether the team continue to use the Lotus name will be decided in the British High Court. Proton, owners of the Group Lotus name, have moved their allegiance to the former Renault team although ownership of the Team Lotus name is in dispute as this was owned by David Hunt, brother of 1976 World Champion James and sold to Fernandes.
Click to expand

Once they have KERS next season, they will catch up to the tail end of the midfield, i think, they will have the red bull kers. I think they've picked off where 94 lotus left off in the same spirit, not challenging for championships, however many will undoubtbly disagree

Jos the Boss said:
Once they have KERS next season, they will catch up to the tail end of the midfield, i think, they will have the red bull kers. I
Click to expand

Red Bull's or Renaults? Red Bull's is down on power compared to Renault's, Ferrari's and Mercedes ones

Slyboogy said:
Red Bull's or Renaults? Red Bull's is down on power compared to Renault's, Ferrari's and Mercedes ones
Click to expand

Contributor
I still think they'll end up being called Caternham eventually - this Lotus thing is too confusing.

I think what Lotus need is to bring in someone young and fiesty who's going to push the team along. I just get the feeling that if the mechanics had someone on their back going "COME ON!! make me go faster!" they might push it a bit more. Trulli just likes to sit at back and moan and Kovi is far too nice for his own good.

Bianchi maybe? he'd have something to prove.

Contributor
Some good news for Lotus, they've confirmed that there sticking with Renault engines and Red Bulls rear end and Ker's system for 2012/13 season:
http://www.f1zone.net/news/team-lotus-stays-with-red-bull-and-renault-for-2013/9165/

Fingers-crossed that this will help them move a little closer up the grid over the next two seasons.

I guess they're doing something right, then

Contributor
Well there getting there but you have to say that Renault/Lotus/Benneton thing that Petrov was driving was pretty awful this weekend so I don't think they'll shout about it too much.

Next year they'll be in the midfield, battling with the Toro Rosso's

Jos the Boss said:
Next year they'll be in the midfield, battling with the Toro Rosso's
Click to expand

I can't see that happening unless they spring a surprise, produce a half decent car and change both drivers.

They were close to the back of the midfield last year and really on lost out because of the lack of KERS and both drivers? Maybe Jarno but not Heikki 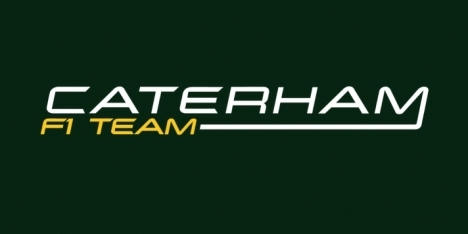 Contributor
Nicer in green.
I think Just caterham F1 without the 'team' would of been better.
But what do I know. 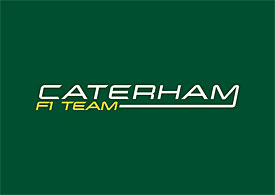 Staff Member
I believe FOM prohibit any team from using just F1 in the name as it is a trademark.

Brogan said:
I believe FOM prohibit any team from using just F1 in the name as it is a trademark.
Click to expand

That must be relatively recent - what with the McLaren F1....

Valued Member
The CT-01 has passed its FIA crash tests.

Supporter
Is Trulli really going to occupy the second seat for Caterham? Brundle thinks Petrov may end up there.

And what's the point of keeping Chandhok on as the reserve? Are test drivers really that irrelevant?

Trulli has a contract, but not a contract to drive with them

Contributor
This team gradually grows, I am not expecting miracles next season, some say the KERS will elevate them up to midfield territory, they were off the pace the majority of the time around 0.5-0.7s. KERS roughly brings 0.3s, add a tenth or two for design, I can see them just lagging behind a little from the last of the midfielders.

Closer than this season, but not close enough.