Time for a brief story before the grand prize. Please stick with it, but if you really can't, head straight to the penultimate paragraph.

One day - the exact day is unknown - a guy named Antti Kalhola decided he loved F1 enough to make some videos about it. He had plenty of content to work with and cut together. He also had plenty of great music to use to marvelous effect. Most of all, he had the passion, and the understanding of how to put together something so delicate, so beautiful and so moving. He could drum up emotions rooted deep within you with just a few classic race clips strewn together. So, you could say he had a lot. He was missing one ingredient, though. The right to distribute these amazing videos.

Fortunately, however, there was a very useful medium that he could use to get his message out there. YouTube. With it, he could cut together a piece and upload it pretty quickly. So he did a lot of it - putting numerous stunning videos of F1, WRC and motorsport up on his channel.

Soon, though, the copyright holder was not happy. Despite every video having a 5-star rating from it's viewers, with some claiming they were "the best videos on YouTube", the rights holder - FOM - decided it didn't like the way their product was being distributed for free.

So, they took down Antti's videos. But that didn't stop him. Several months passed, and he returned his videos to their rightful place, under the new channel, Antti2Videos. People were very happy - a new audience found his videos, and admired them as much as the old audiences did, who themselves rediscovered what joy the videos brought them. 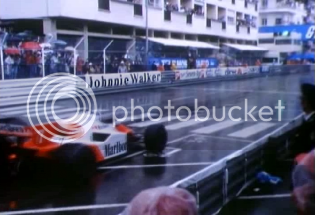 [/centre:2yhznktp]
What's more, it looked like FOM weren't going to take Antti's videos down - perhaps they had finally seen the light, the publicity and promotion these videos could give their sport. It seemed as though things had settled ; eventually, someone who had downloaded Antti's videos decided that at long last, it was time to bring perhaps his finest work back to YouTube : a 5-part tribute to Ayrton Senna. Fans rejoiced. For a few, short, beautiful days, almost his entire body of work was available, for free. 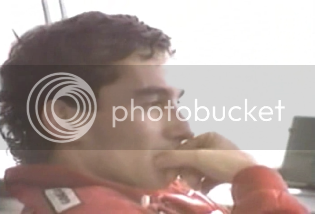 [/centre:2yhznktp]
Within a day, FOM removed 1 of the 5 parts of the tribute. Antti helpfully added a link for people to download the 5th part, as well as another link to download the entire 45 minute video in a higher quality. A couple of days later, and the entire Senna tribute had gone - taken down, with no remorse, by FOM. A few hours later and Antti's channel was suspended. His videos were, and are, gone. Will they ever be seen again? It's difficult to say, but no doubt someone, somewhere, has downloaded each and every video. Perhaps they will surface soon. I hope so. 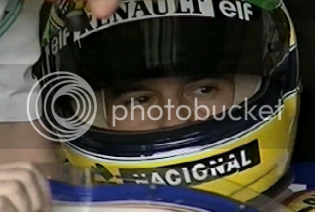 [/centre:2yhznktp]
Thankfully, as I say, Antti had the foresight to realise his videos may be taken down ; he provided the link to the full-length Senna tribute. I myself have downloaded it - it really is an astonishing piece of work. Totaling 45 minutes, it is the story of Senna's career in F1 and features fantastic music, some wonderful video clips, and great all-round production values. Simply and elegantly done, I highly, highly, recommend it. It's a bit big in filesize, and it may take you a while to download, but hopefully we're all on big broadband packages, right?

I kind of felt it was my duty as an F1 fan to not let this fall into anonymity. It deserves to be seen.

Sorry for the long winded story - there is a wider point of the ignorance of FOM here. These videos, as well as the ones from MikaKimi, only help to promote the sport, not abuse it's copyrights. It is sad that these videos are not treated with the respect they deserve, and FOM removing them only makes them out to be as big, evil and technologically ancient as we all know them to be.

Hope you enjoy it.

-Pictures used are screen caps from the video. Video quality is overall good, not perfect, but very good even when scaled up all the way to full screen.

Valued Member
Nobody actually bothers with 'Scrutineering', do they?

Staff Member
Oops! I forgot to reply to this thread.

Valued Member
Well I'm glad someone has enjoyed it!

Don't suppose I could see those mentioned sites? It may well have been me, trying to advertise CTA and the video

Enja said:
Don't suppose I could see those mentioned sites? It may well have been me, trying to advertise CTA and the video

I'm not sure what they are now.

I just remember seeing a few links in the logs a couple of months ago.
J

does anyone have a working link to the senna tribute video? I'd really like to see it but the filefront link is a dead end

Staff Member
I just checked it and it worked fine - http://www.filefront.com/15810629/Ayrton-Senna.avi/
Try from another browser if you can.
J

Ok, thanks - it may be my evil employers holding me back will try at home

Contributor
Enja, I can stream the video, but not download it for some reason. Can you shed any light?

By the way, I liked the story, and am looking forward to the video

. Down with the evil FOM

Contributor
Enja, I've watched this video twice now and can only say that Senna was a glorious individual and racer.

Valued Member
On the d/l now