Barely have we had enough time to say “Toodle pip old boy” to the British GP before we are all on a ferry across the ditch and on the drive across Europe to the country of Austria. Home of the Spanish Riding School, Red Bull GmbH and of course, Bernie Ecclestone’s second favourite dictator.

The Osterreichring was once an extremely fast circuit made up of fast, long, sweeping corners. Driver safety was well catered for by a range of poorly placed catch nets, armco barriers, grass banks and ditches, all of which could safely collect the remains of cars and drivers in a variety of part shedding, fireball billowing ways. A peak was reached at the 1987 Grand Prix where it took 2 hours and 3 attempts to start the race after 4 cars crashed on the first go and 12 more thought that looked like such fun, they’d join in at the second attempt. Amazingly, thanks to the long-lost days of “spare cars” 25 of the 26 cars managed to make the third start.

With the track now clearly far too entertaining for F1 it lost is place on the calendar for a number of years. In an effort to regain its place it was quickly realised that with a little help from everyone’s favourite track wrecker they stood a very good chance. Herman Tilke answered the call and out went the long sweeping curves, mostly by his usual trick of simply lopping off any parts he didn't like, and in came the standard straight, tight bend, straight, tight bend mix. Tilke’s ability to take a track and design it to improve overtaking by eliminating any corner where overtaking was previously possible has long been admired by teams who are able to dominate F1 races from pole.

Austria’s return to the grid only lasted a few more years and much like the career of Alex Wurz, it never matched the Austrian’s that came before it. By 2004 most of the track facilities had been demolished and it looked like that was that. Then, in 2008 Red Bull decided they needed a track of their own and started the huge and costly refurbishment of what would now be called “the Red Bull Ring”. Initially some lesser series were persuaded to return to the track and then in 2012, when it was announced that the 2013 New York GP (remember that?) would not take place that year, up popped Red Bull to offer their nicely refurbished track. FOM gratefully accepted and the Austrian GP was back on and has been on ever since.

As this is Red Bull’s home track, and with a huge number of Dutch fans likely to make their way to the stands, it’s going to be nothing more than a lights to flag victory for Max Verstappen. Thanks to the efforts of his closest rivals at Ferrari and Mercedes the young Dutchman is well on course to take his debut world drivers championship.

At Ferrari, Charles Leclerc has claimed a line on his “how will Ferrari **** it all up this time” bingo card and will now be looking to go for a full house. Carlos Sainz will be demonstrating the same level of delusion that Sergio Perez suffered from earlier in the season where they consider themselves, having won a race, to be the equals of their teammates.

Mercedes will now need to demonstrate what looked like genuine pace at the back end of the British GP can be translated into the same level of pace at a higher downforce track and finaly prove they have turned the corner.

This race will also see the return of the much loved “sprint race” which has already proved so popular at previous weekends and has enabled drivers to blast around, on full attack without having to worry about tyre or fuel management just as they asked for. As a result of this, the sprint races have provided almost no entertainment and no difference to the grid line up. Herman would be proud.

So, it’s time to don your racing lederhosen, grab a stein and raise it to the memory of Niki Lauda.

Hamberg said:
Fans at silverstone are really classy this year.
Click to expand

Fans at red bull ring are really classy this year

Contributor
Yeah there is footage circulating of Verstappen’s crash at silverstone and no cheering, just concern.
The RBR lot are almost all new/DTS ‘fans’ though so no surprise they value drama and villains over the essence of the sport.
Last edited: 8 July 2022

just catching up on qualifying, which is odd in its self because i watched it live & assumed i knew the grid so on Twitter. so go on Twitter & confronted with this

cider_and_toast said:
The young Dutchman is well on course to take his debut world drivers championship.
Click to expand

I see what you did there!!!

I'm new here and already hold no illusions about how people feel about Verstappen's (or should I say Masi's?) exploits last season

weirdly verstappen is probably the only innocent party in that whole thing because he is only 1. where everything happened around him

as you'll see on here we do separate the person & the talent well on here
Last edited: 9 July 2022

what a drama before the start has even begun

Gasly not content with British GP crash. he's at fault for a 2nd crash in 6 days

F1Brits_90 said:
just catching up on qualifying, which is odd in its self because i watched it live & assumed i knew the grid so on Twitter. so go on Twitter & confronted with this

I don't understand this decision. It was obvious that Perez had broken track limits, so he should have had the time disallowed during the session (as all of the other cases were). By allowing his time to stand at the time prevented Gasly from progressing into Q3 - and that would have meant that he would start at least 9th (following Hamilton's crash).

Investigating an event after knock-out qualifying is just unacceptable, and means that drivers are unnecessarily penalised!

Valued Member
The sprint "race" was as underwhelming as ever. Apart from some mechanical maladies, it looks like a slam dunk for Max tomorrow.

The sprint race only makes the gaps bigger if you want to make it exciting reverse the top 8 or give them the softest tyre (s). That way at least there will be excitement

The Artist..... said:
Investigating an event after knock-out qualifying is just unacceptable, and means that drivers are unnecessarily penalised!
Click to expand

They are taking too long to sort this out

Seems the drivers thought so, Seb walked out of the drivers briefing over it and George gave a pretty damning press conference over it.

I don't understand why Sainz hasn't been penalised...

Valued Member
Apparently Seb walked out when Alonso started whining about the penalties he was given 2 months ago.

FYI - It's Neil Wittich this weekend as Eduardo Freitas will be at Monza, where the teams will respect the decisions of the officials.

I think that Verstappen's only chance is to stop for new medium tyres now...

The Sky commentators are so dim... Talking about Norris needing to serve a penalty still (which he had previously served at his pitstop)... 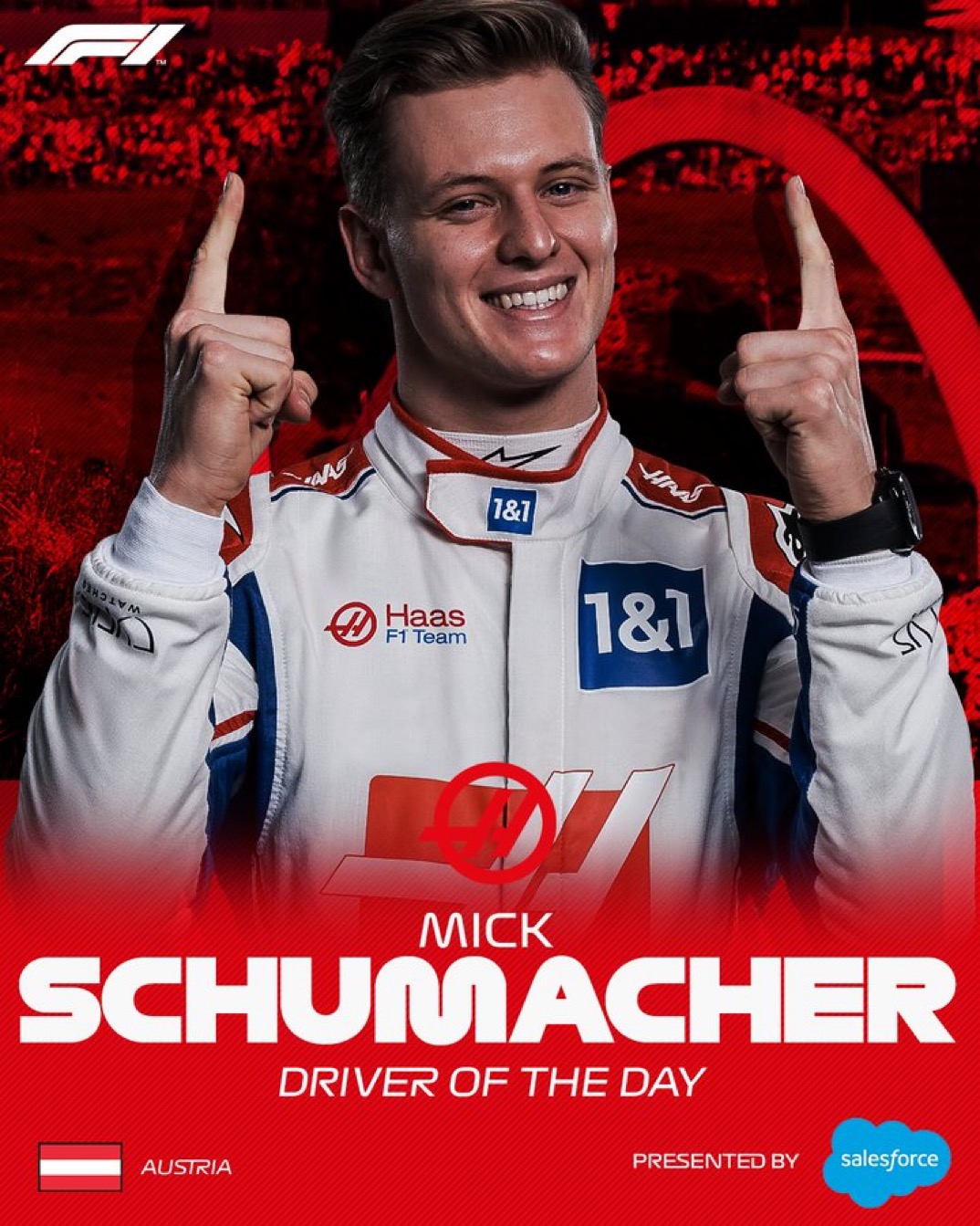