At one time, a formula 1 race in Spain meant appalling safety standards, the likelihood of a severe crash and just occasionally some spectacular racing. From the high wing failures on both Lotus cars at the 1969 race, that brought an end to that era of aerodynamic design, to the wheel to wheel run down the main straight by Mansell and Senna in 1991, there was plenty to talk about.

At a time when F1 needed to do more to promote the safety of the sport, by complete chance a Spanish surgeon Doctor Cara De Comadreja contacted Formula One owner Bernard Charles Ecclestone with an intriguing proposal. The good doctor was worried about the increasing use of drugs to anesthetise patients and wondered if it would be possible to use sport to distract patients from pain during operations.

Ecclestone, well known for his philanthropy immediately latched on to this idea and with his friend and circuit designer Herman Tilke set about revising the Barcelona racetrack to enable this unique medical experiment to take place.

Doctor De Comadreja, one of the most skilled Proctologists in Europe, began her experiments in the late 90’s using minor surgical practices. A patient was placed face down on a bed with a hole cut out to enable the patient to view a TV screen placed below the bed. The race would be played live in order to gauge immediate responses while the medical procedures were undertaken.

The world’s first motorsport anesthetised minor surgical operation took place on the 10th May 1998 when 39-year-old Spaniard Pieza De Anillo had a rather large haemorrhoid removed. The surgery was a complete success with De Anillo claiming he never felt a thing.

Over the next 4 or 5 years, Doctor Comadreja expanded on the range and number of surgeries undertaken using this method to include colonoscopies, buttock lifts and back, sack and crack hair removal treatments.

Encouraged by this, a new circuit was designed to take the concept of race induced anesthetising to the next level. This would require a new and even duller circuit to be built on the streets around the Spanish city of Valencia. After a test operation during the first event in 2008 proved a complete success, new and more complicated surgeries could now be undertaken. Perhaps the greatest of these was the worlds first buttocks transplant which took place in 2011 and was entirely without any pain killing drug intervention. The patient recovered after 25 hours of deep and restful sleep with no ill effects at all.

Unfortunately, a double tragedy occurred in 2012. Firstly, the May 2012 Spanish Grand Prix was unusually exciting. With Venezuelan driver Pastor Maldonado leading his first and the first race for Williams in years, it was all set up to be a thriller. No one could have predicted this and certainly not Pata Torcida, the young 21-year-old who underwent a simple operation to rectify a twisted testicle. Leaping up on lap 25 when Maldonado executed the perfect undercut on Fernando Alonso, he’d failed to notice that Doctor Comadreja had yet to release his twig and berries from the surgical clamps holding them during the operation. Later investigations proved that Torcida’s scream briefly hit 145 decibels which, by complete coincidence is exactly the peak sound of a pre-2014 Formula 1 engine running at full power.

In the second incident, later that same year at Valencia, the race was so incredibally dull that, after undertaking a deep clean and polish of their rectum and associated pipe work, it proved impossible to wake the patient up. It turns out that the race was so boring that Cara De Culo slept soundly for 5 months 3 weeks 2 days and 11 hours. Her husband tried to sue the Spanish health authority as he’d been sat at home all that time waiting for someone to make his tea. The case was thrown out on a technicality. Which roughly translates as “A cheque from FOM” in German.

So, since 2012 no further medical procedures have taken place and as of today the experiment remains on hold until further safeguards can be devised. That said, it has been agreed that no attempt will be made to liven the Spanish race up and anything interesting that happens on track is nothing short of a miracle.

Contributor
Just another race weekend for the Haas driver. 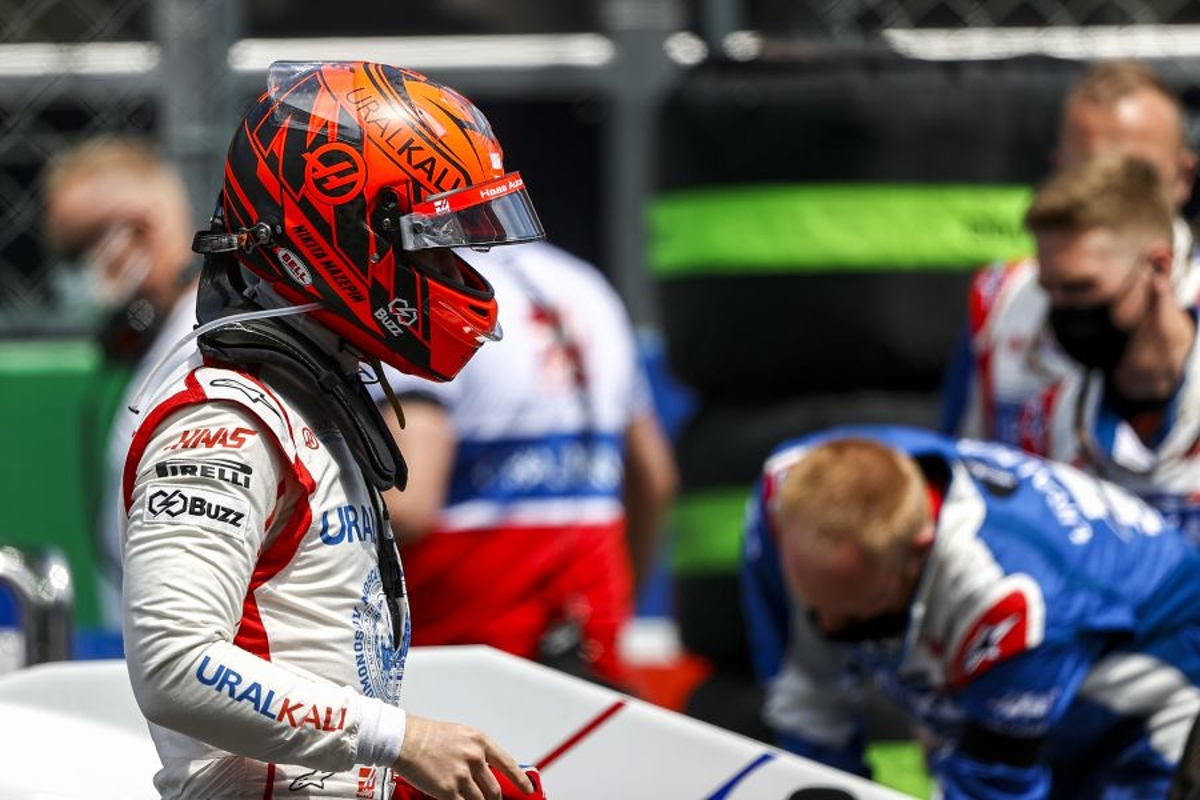 Mazepin had qualified last for the Spanish Grand Prix

Mazepin had qualified last for the Spanish Grand Prix

they love the pointless penalties. as i said in Portugal if the penalty doesnt effect anything like 5 secs when 20th last & minute behind 19th. get the points on the license

Contributor
I think he’s been given a point on his license F1Brits_90 . He reminds me of the drivers who popped up in a Simtek, Pacific or a Forti.

hugely incredible achievement 100 poles. i would say that its unsurmountable but then if you asked me in 2006 i wouldve said the same about 7 world titles

but i was say his incredible strength, is he always delivers under the greatest pressure in Q3. its hard to pick his greatest pole lap as he's got many qualifying where he been seconds clear if anyone. like Syrtian when many couldnt see or keep it on the track or the inch perfect lap in Singapore

Contributor
I found this very interesting.

When you factor the sheer number of starts and seasons Hamilton has accomplished this over, it is hard to not conclude that he is the fastest driver over a single lap in the history of the sport.

Greenlantern101 said:
Can we all agree to vote for Mazespin for driver of the day #smashthesystem 😆😈
Click to expand

if you believe the conspiracy, the reason for the much delayed driver of the day it was because perez came 2nd appartantly

i forgot this yesterday im was very shocked in Q1, at how close it was cant remember when it was so close. tsunoda to be less than 4 tenths off his teammate is not dreadful it was so tight it was all that was needed. with tsunoda in 16th & gasly 5th

looking forward to see the 1st corner. as if imola is anything to go by we could see a repeat of 2016

It will be interesting to see.if things go south once Honda leavr

Contributor
Not having a no2 driver for RedBull up with Verstappen has helped Mercedes again.

Staff Member
You have to laugh at the haters.

The stand out thing from me was that Bottas knows he isn't going to be driving a Merc next year.

Contributor
The thing that tickles me about them Brogan is they say they hate him, but he is the 1st person they mention. They seem to spend more time fixated with him, than supporting there own team or driver.

sobriety said:
The stand out thing from me was that Bottas knows he isn't going to be driving a Merc next year.
Click to expand

One could argue he isn't really driving one this year.

Brogan said:
You have to laugh at the haters.

Schumacher use to win because he no doubt benefitted from Ross Brawn being the brains on the pit wall but level of criticism at Hamilton is ridiculous given the calibre of drivers he has beaten in 15 years
Last edited: 9 May 2021

Vettel did not beat Stroll again .. this is becoming a pattern ..how long is Lawrence going to admit that his son deserves a pay rise and at what point does he think about replacing Vettel
Last edited: 9 May 2021

Johnny Carwash said:
Not having a no2 driver for RedBull up with Verstappen has helped Mercedes again.
Click to expand

yeah that was unlucky for perez, feeling terrible, issues of dizzyness & shoulder pain all day saturday that would comprised him, in 2nd worse circuit to be compromised as well


Il_leone said:
Vettel did not beat Stroll again .. this is becoming a pattern ..how long is Lawrence going to admit that his son deserves a pay rise and at what point does he think about replacing Vettel
Click to expand

well i remember the suggested in the signing statement, they signed him on his reputation & not his results