1. Making his F1 debut in 1951, how many points did Francisco Godia achieve in his F1 career?

6. The tally was equalled by Pedro de la Rosa in 2001 Italian Grand Prix and finally surpassed by Fernando Alonso in 2003 Malaysian Grand Prix.
2. Rolf Stommelen crashed while leading the race due to wing failure, killing several spectators in 1975. Which car was Stommelen driving?
Hill. The team withdrew after the tragic plane crash later in the year
3. Which famous F1 car debuted in 1976 Spanish Grand Prix?

Coloni, driven by Nicola Larini.
5. 1990-94 Circuit de Catalunya has corners named Renault and Seat. But there was also a corner named after third car manufacturer, which had tyre chicane in 1994 before being by-passed in 1995. What? 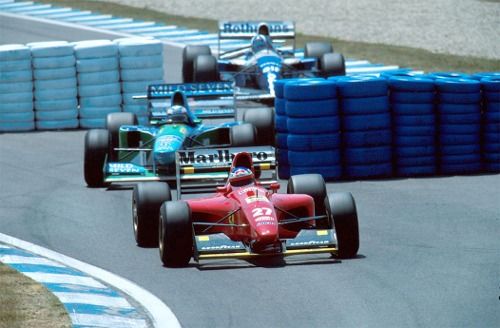 The rear jack was still in the car when he left the box.
7. 2000-04 True or false: 2000 Spanish Grand Prix was the first race where Ralf Schumacher finished ahead of his brother?

Daniil Kvyat who was on the other side of famous driver swap before the race.

I built questions around certain years and forget to edit majority of them into question numbers. Now editing time is over.
2

Must have been the lack of numbering that lead to me only getting 3.

Bleu said:
I built questions around certain years and forget to edit majority of them into question numbers. Now editing time is over.
Click to expand

Contributor
I only scored 2 but it was a good quiz.

Thanks Angel I knew I had read it somewhere recently and was the only reason I got it, got the 6 wheeler and a 50/50 guess on the Schumacher question gave me 3.

Contributor
That is a graet quiz, thanks.
1

Contributor
Felling better about getting 3 after reading the comments! That was a mix of impossible, difficult and easier questions so thanks Bleu