1. Which driver won the inaugular World Championship event in 1976?

Mario Andretti
2. 1990 event saw Roberto Moreno and Aguri Suzuki to take their first (and only) podiums in F1. Since then only once there has been two drivers scoring first podium in one race. Which race was it?

1994 German Grand Prix with Olivier Panis 2nd and Eric Bernard 3rd. 2014 Australian GP would have been if Ricciardo had not been DQed.
3. Which team introduced special livery for one of their cars in Japanese GP 1993? 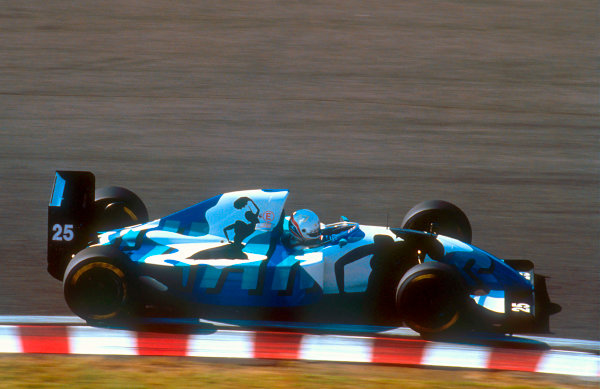 Five (1998-2002)
6. On which two years the qualifying did take place on Sunday because of weather conditions?

Kimi Räikkönen with 12 - 3rd in both races. The winners (Hamilton and Alonso) failed to score in the other race.
8. What was the only year between 2009-13 that Sebastian Vettel did not win the race?

2011 - and he clinched the championship on that day
9. Who overtook Fernando Alonso before his "GP2 engine" team radio comment?

Contributor
I got 3, very nice quiz

2.5, very nice I learnt something today

Staff Member
Premium Contributor
Looks like 3 is the number of choice and 3 it was.