I am hoping Alex would do great here at Azerbaijan. He had an awesome win in his GP2 days.

Contributor
Lance stroll doing what he does best in FP2 and crashing.

Johnny Carwash said:
Lance stroll doing what he does best in FP2 and crashing.
Click to expand...

Contributor
It would be nice to think that FP2 were to be telling the truth about the relative positions but I fear not.
J

Speshal said:
A comedy of errors in Baku.

A manhole cover is lifted up, which poor George Russell then drove over absolutely destroying the floor of his Williams.

Then the recovery truck carrying the stricken Williams hits a bridge covering the car on the flatbed in hydraulic fluid...

Dare I say, it wouldn't have happened when Charlie Whiting was around. Or is that grossly unfair?
2

Jimbob said:
Dare I say, it wouldn't have happened when Charlie Whiting was around. Or is that grossly unfair?
Click to expand...

Exactly the same thing happened Malaysia 2017 in FP2.
Grosjean crashed after hitting a loose drain cover and the session was over while they checked the track.

Contributor
So Gasly has to start from the pitlane due to missing a weigh in. Ouch, that's going to be difficult for him on a track like this, then again he did the wrong thing. This punishment has been handed out before to Magnussen (Bahrain 2016) and Sainz (Monaco 2015) apparently. So they should know the consequences.
Last edited: Apr 27, 2019

Staff member
Premium Contributor
Bugger. That's my (already massively..) outside bet on 'you bet' gone up the spout then.

never rains but its pours for gasly. but this could be a saviour or another nail in the coffin. depending on how he can come through the field. but its the right the punishment because F1 have got to check any car isn't cheating

this couldve happened to anyone. as new guy said 1 bit failed over 320 manhole covers

this looks like an open goal for Ferrari, Charles Leclerc is looking mighty impressive even with a vettel tow still beat him by 2 tenths & beat the Mercedes by 1.4secs

I was in favour of the punishment because they have to be draconian to stop the cheating because you know the F1 teams would be looking at every loophole, but then as soon as Christian horner said that Punishment wouldve been less severe if he had actually been found guilty of ie: running underweight. then rules have gotten ridiculous when the suspesion is worse than the infringement

Contributor
The first eye-opener in Q3 was the Mercedes drivers not getting down to the Ferrari times with their qualy rehearsal and then Verstappen going quicker. Then the two Ferraris blasting everyone away but Vettel needing an enormous tow to get within two tenths of his team mate.

Will this be a year for him like Ricciardo's opener?

cider_and_toast said:
Bugger. That's my (already massively..) outside bet on 'you bet' gone up the spout then.
Click to expand...

Don't worry, on the F1 Fantasy game I used my wildcard and went Mercedes way instead of Ferrari 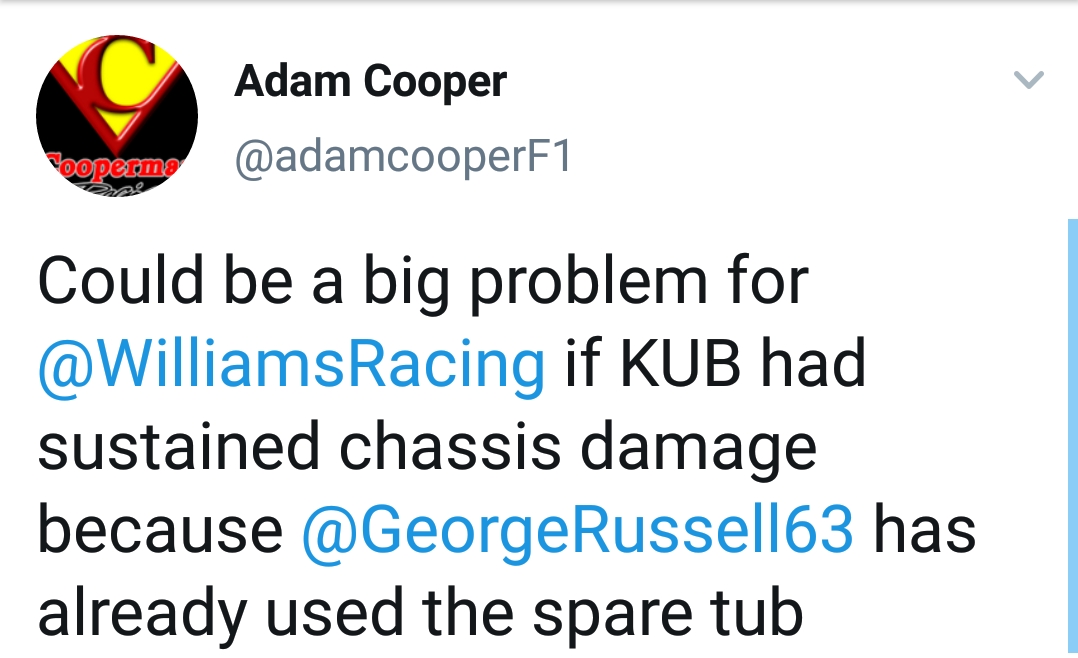