Who is motorsports greatest all rounder?

Staff Member
Premium Contributor
We've had many discussions that involve finding who's the best at various things but I don't recall us ever having one on who the best all rounder in motorsport has ever been. In the modern era, current drivers usually don't have the time or are not allowed by contract to do anything other than the series they are currently in. Having said that, there are many drivers who have tried there hands at other classes of motorsport other than the one they were most known for.

If we get enough different nominations we can put it to a poll to see who we believe to be the greatest all round racer.

My nomination is John Surtees. Everyone knows that JS was the first guy to win on two wheels and four but that dosn't tell the full story. Here's a quick list of his achievements.

That is an impressive list of achievements by anyones standards.

Staff Member
Jim Clark can be added to the list of nominees I suspect.

Valued Member
Damn you both, read the topic and thought of Surtees - dang

Right, what about Jim Clark - dang -

So, I'm going for Valentino Rossi :?: Just for his exploits on 2 wheels really but he'll give anything a go.

That, and I can't really think of anymore aside from Tony Marsh 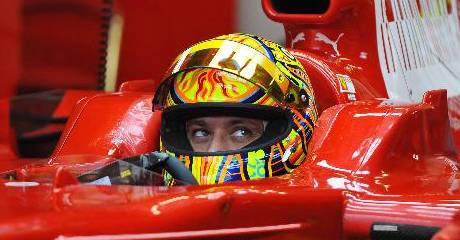 Valued Member
I'd like to nominate Vic Elford...he can't match Mario for titles but could and did turn his hand to literally any type of racing car:

Valued Member
Matthew beat me to Andretti but he did miss out that Mario won at Pikes Peak in 1969. Anyway, can I offer Jacky Ickx:

Staff Member
Premium Contributor
Which reminds me. To add to Jim Clarks achievements, he did lead a stage of the British Rally in his Lotus Cortina and was regarded by rally regulars as a natural who could have won that year. Unfortunatly he went off the road and totalled the car.

Valued Member
Can I nominate Matthew Little? He contributes so much to the General Motorsport forum...