thru my amazon account for the grand tour & I getting thru the boxsets of the the us office. after a few recommendations over the years. took a while to get into it as after 1st season & a half. started to really like it. as it car crash tv where you can see it coming but there nothing you can do about it. steve carell is great actor in that, how his character is a lovely guy & means well but always says the wrong thing

Contributor
It's as it was written for him, isn't it?

watching the Eurovision semi final & i had wondered what had happened to the old stars in their eyes studio. turns out Israel bought it 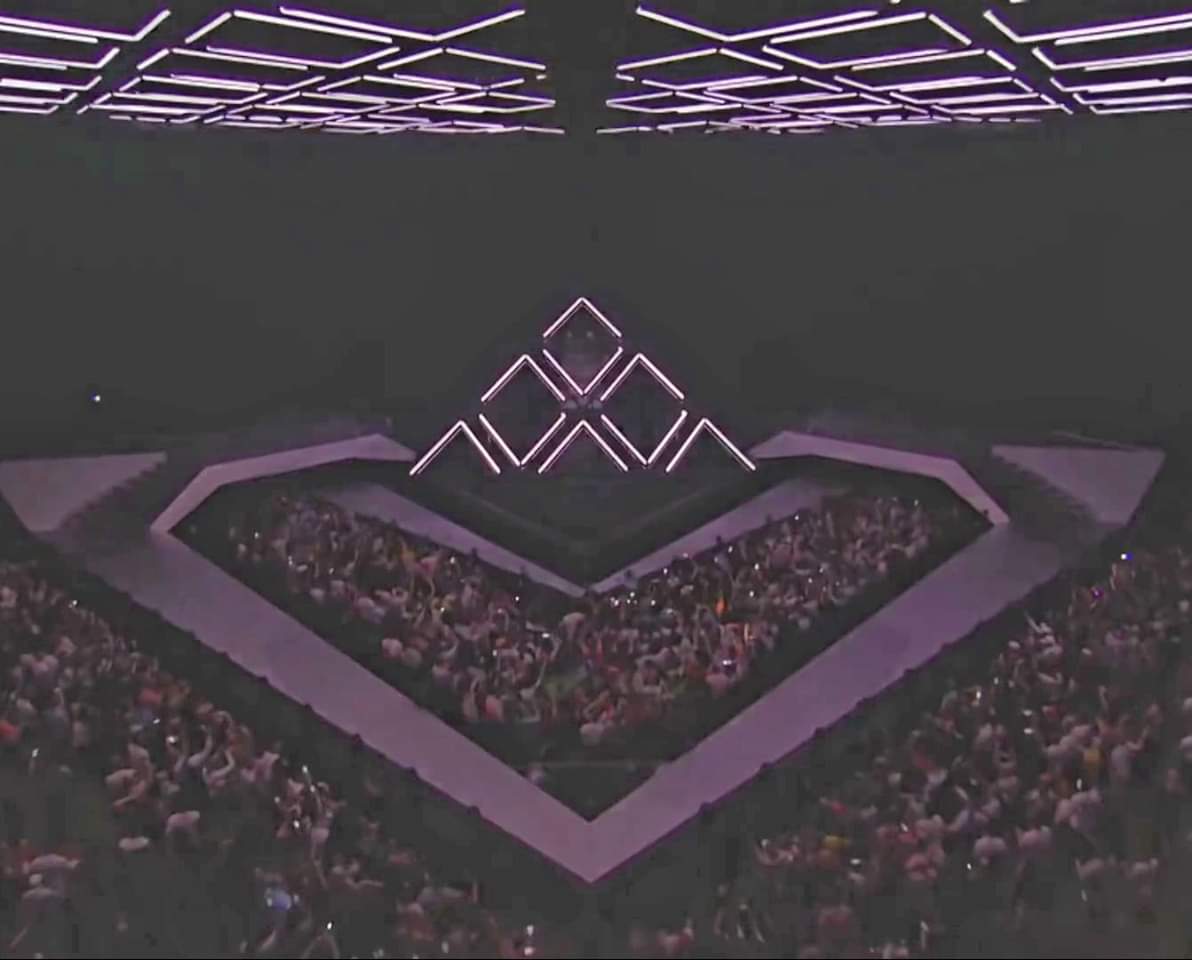 just caught up with brilliant big bang theory finale, dont know if anyone else watches. it was great even if i already assumed the twist. & loved the ending sheldon was an arse but a loveable arse. i got bit teary during the speech

Valued Member
Chernobyl. If you haven't seen it, watch it.

FB said:
Chernobyl. If you haven't seen it, watch it.
Click to expand...

yeah ive been hearing alot of about that show & how everyone raving about it. when i catch up with other shows ill start on it. apart ive heard no one in it has Russian accents

Northern Ireland are playing Belarus in football 280 miles from the site amazing to think still 33yrs later. The Foreign Office has had to advise visitors that local dairy produce, forest mushrooms & fruits of the forest can carry high levels of radiation following the accident

We got a Now TV stick with 3 months free Sky TV so our daughter (and we) could watch Series 8 of Game of Thrones...
It was ok.

I won't be paying Sky when the 3 months are up.

But I am incredibly grateful that they broadcast Chernobyl.

I remember it when it happened; as will many on here. And many of us know the lies and remember how we felt when we heard them.

This was great drama that told an important story for the people who don't know.

I rarely say that people should watch something whether they want to or not. I will make an exception for this.

There aren't many days left on catch up and it isn't easy to binge watch... I couldn't.

But please watch it.

We are...
Very different and great fun.
Thoroughly enjoyed series 1.

watched this yesterday on bbc 2 it was amazing tv i was gripped & of course i thought i knew the scale of it & how tough it was but until i watched i never realised how tough it was. them 3 astronauts needed 8 days of perfection. so many times they had to under great pressure have do very tough manoeuvres & 1 mistake couldve been stranded in space

although some of their predictions bit off 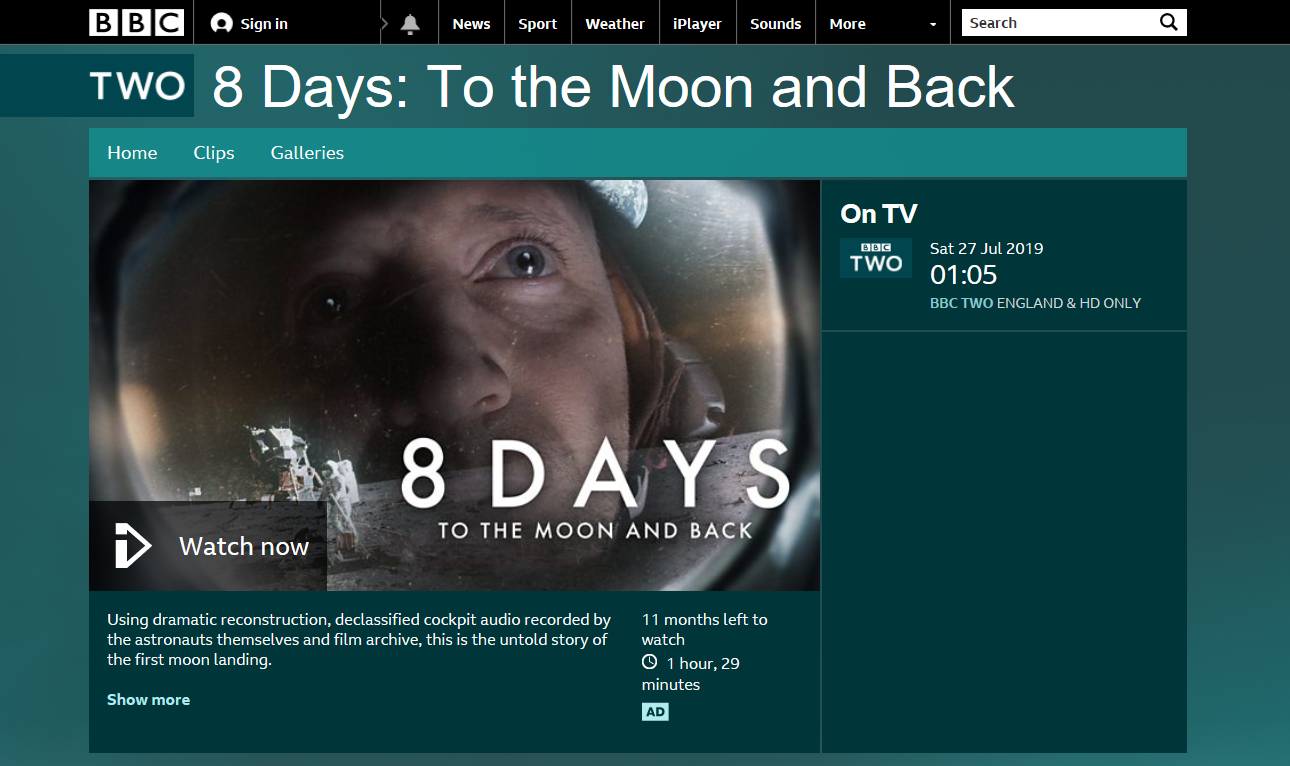 With the sheer level of funding and rate of progress during the 60's, that was probably perfectly feasible had it continued.

I also watched it, partly by accident as it came on after watching the Wombledon highlights, but thought it was a good program.

However, if it sparked an interest, you should look up the Apollo mission documentaries that examine the lead-up as well as the infamous Apollo 11 and all other flights. The level of experimentation, never-repeated technology, testing, design variation, the sheer scale of human involvement and money etc etc that led to the manned missions is mind boggling. Siffert Fan would probably point you in the right direction...

yeah I would like to read more & watching it I can completely understand why the world went space mad. & I did find amusing that quote 19 billion dollars & used a pen to blast off from the moon

I took a very early interest in the Apollo missions: probably earlier than most on here.

I was very fortunate in that my dad was one of the developers of the navigation systems for the Apollo missions; and I remember "playing", as a 5 or 6 year old kid, on the very basic lunar module training program at his work - trying to get the damn thing on the surface without crashing. Believe it or not, much of that work was done in Tewkesbury...

Staff Member
Premium Contributor
I read somewhere that it really was (the Apollo program) a huge international effort. I can't remember the precise figures but I'm sure it was something along the lines of 70 percent of the engineers and scientists who worked on the design and development of the systems came from outside the US. Principally from Canada and the UK.

As it was the only game in town, it attracted the best scientists and engineers from all over the world.

cider_and_toast said:
70 percent of the engineers and scientists who worked on the design and development of the systems came from outside the US. Principally from Canada and the UK..
Click to expand...

I thought they acquired quite a few rocket scientists from Germany in 1945?

Dartman said:
It would be interesting to see the viewing figures for CH4 coverage and Sky's coverage
Click to expand...

if we talking about F1. this week wont be a accurate representation because we got the cricket world cup final & mens wimbledon final all happening at the same time. i worry in neutral floating viewers we would be 3rd in list

FB said:
I thought they acquired quite a few rocket scientists from Germany in 1945?
Click to expand...

Incredibly, Von Brauns assistant was tried for war crimes just after the Apollo project office was closed in the mid 70's.

Hmmm I wonder what took them so long?

Von Braun himself famously said of his V Rocket projects, he was only responsible for making them go up, not deciding where they came down.

cider_and_toast said:
....Von Braun himself famously said of his V Rocket projects, he was only responsible for making them go up, not deciding where they came down.
Click to expand...

So are we expected to believe that he might have thought that they could be targeting Watten and Wizernes?