Given this pic surely this "Fracas" is a case of mistaken identity .....Free the Clarkson one!!!!!

Brogan said:
I'm going to start numerous petitions to get rid of shitty costume dramas, the embarrassing dross that is Doctor Who, and of course Twat Gear.
Click to expand

Contributor
I find it interesting that many of the same people who are clamoring for the reinstatement of Clarkson were condemning Bernie for buying his way out of legal trouble.

How do you spell hypocricy?

I know what you're saying but it didn't quite come out right.

siffert_fan said:
How do you spell hypocricy?
Click to expand

Staff Member
Premium Contributor
Let's not get too far ahead of ourselves here. Jeremy Clarkson has been suspended pending an investigation. Innocent until proven guilty and all that.

Staff Member
It's not a court of law.

Besides, I hereby find him guilty of being a massive twat. 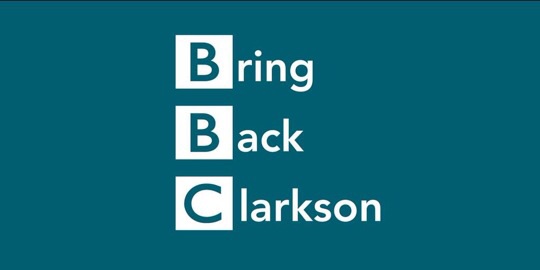 Actually, I think it is spelled with the name of anyone that falls into that camp.

Contributor
Not sure how they are linked but anyway

You beat me to it Brogan but I was going to opt for "tosspot".

He's a talentless professional tosspot who picked up ages ago that all he has to do is to utter the occasional UN-PC ready-made pub-talk babble and it immediately ends up in the papers and his profile's increased and they all fall for it every time.

Staff Member
Premium Contributor
Well I've heard he speaks highly of you all.

I too would like a motoring program which requires a modicum of intelligence to watch.

I grew out of that crap a long time ago, probably around the time I realised FHM was shit, which would be always.

cider_and_toast said:
Well I've heard he speaks highly of you all.
Click to expand

At least, all of you that have signed the petition.

Staff Member
Premium Contributor
Not me. On the whole most people don't give the furry crack of a rats ass about petitions.

Contributor
I've signed a couple that have reaped results including putting pressure on US coastguard to resume the search for the Cheeky Rafiki. If it's a govt directed petition they are obliged to debate it in Parliament which has also happened.

These are a great way to have a voice. And the good news is a lot of people who may not be aware of change.org will now see petitions that can alter a persons life or human security.
Last edited: 11 March 2015

Think of him as a hero or twat as you like that's fine.

It's somewhat ironic that I've actually spent today observing employment tribunals at work. (seriously fascinating by the way) dealing with unfair dismissal claims. Nothing is as cut and dry as you would think.

The main reason that cases end up in tribunal is because the company didn't follow the correct procedures. The BBC will have to show gross misconduct after an investigation in order to fire Clarkson. So while it's not a court of law. It is employment law.

Contributor
Apparently he wasn't given food. A hungry man is the closest thing I've seen to a premenstrual woman.

I think there are sufficient mitigating circumstances.

Staff Member
Yes, because not eating is grounds for physically assaulting someone.