Supporter
According to the BBC news on-line, the team that brought us "Thrust SSC" (the car that broke the sound barrier!) have decided on the design for the follow up project, the car to break 1,000MPH!

The UK team aiming to smash its own land speed record by driving a car beyond 1,000mph (1,610km/h) has settled on a final design for the vehicle.
Click to expand

The car is to be called "Bloodhound", will be driven by Wing Commander Andy Green (who drove Thrust SSC) and will be fitted with a 400kg rocket above a "(1,000kg) EJ200 Eurofighter Typhoon engine loaned to the team by Britain's Ministry of Defence".

Click on this link http://news.bbc.co.uk/1/hi/sci/tech/8374491.stm for the full story and a video of a mock race between Bloodhound and a Eurofighter. Top Gear, eat your heart out!

Oh, I almost forgot. Bloodhound SSC will be built in Bristol.

This will be done at a special facility in Bristol's docklands area, right next to Brunel's famous iron ship SS Great Britain.
Click to expand

Staff Member
Funnily enough I just watched that about 2 minutes ago.

The Typhoon engine, a hybrid jet engine and a V12.
That's just greedy

P.S. I've moved it here McZ - it's not exactly F1 related, no matter how much you wish it was

Brogan said:
P.S. I've moved it here McZ - it's not exactly F1 related, no matter how much you wish it was

Although maybe it's my sub-concious telling me that I spend too much time in the gravel trap...

Valued Member
That is seriously

Staff Member
Premium Contributor
I had the pleasure of meeting Richard Noble when he was touring the UK just after he broke the LSR with Thrust 2. I remember him and his chief mechanic were signing autographs and I was in awe (I was only about 9 at the time). Both really decent blokes if my memory serves.

I still have the Thrust 2 sticker signed by both of them in a box of stuff in the loft of my mum and dads house.

It's great to see that Britain can still lead the way in speed records. Now all we need to do is re-capture the water speed record. Now that really takes some doing.

Valued Member
After reading this I was moved to discover what the fastest production car was, I'd assumed it was the Veyron but apparently not it's the SSC Ultimate Aero TT (no, me either)

Simulation and testing at NASA's Virginia facility had shown that the Ultimate Aero TT is theoretically capable of approximately 273 mph (439 km/h).[18] The March 22nd attempt failed to break the record, due to sub-optimal conditions. Test driver Rick Doria reported "wheel-spin" at speeds above 190 mph (310 km/h) Despite the failure of the attempt, the car still reached 242 mph (389 km/h).

This beat the previous record holder, the Bugatti Veyron, that has a top speed of 253.81 mph (408.47 km/h). However there was controversy that the Bugatti Veyron would be faster than the Aero if Bugatti removed the additions added to the Veyron for the driver's comfort (heating, average size boot, radio, etc.)
Click to expand

Wouldn't like to get it over a speed hump tho

And, of course utterly pointless unless it had some superb brakes! Can you imagine the bloodhound tippy-toeing around Monaco?

Why compete with the Rubber Chicken Rocket Car?
Oh wait, "The Bloodhound" will have it for dinner!! HaHaHa!

Supporter
This is the latest... (there's a bloodhound diary!!

I have just seen the first manufactured component that will go on the car.

Of course, we already have the EJ200 jet engine that will power the car, and we had the first set of wheel bearings delivered last year, but this is different - this is a piece designed and made specifically for Bloodhound.
Click to expand

It seems hard to believe that it will take over 600HP to turn this little paddle wheel (even spinning at over 10,000RPM) - we need our 800HP V12 MCT engine in the car just to turn it!
Click to expand

No doubt there will be further, exciting instalments to come... 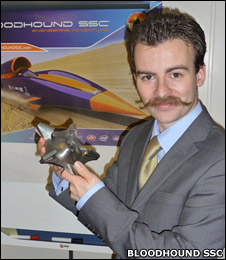 That is a class moustache!

Staff Member
Is that Swiss Toni when he was younger? 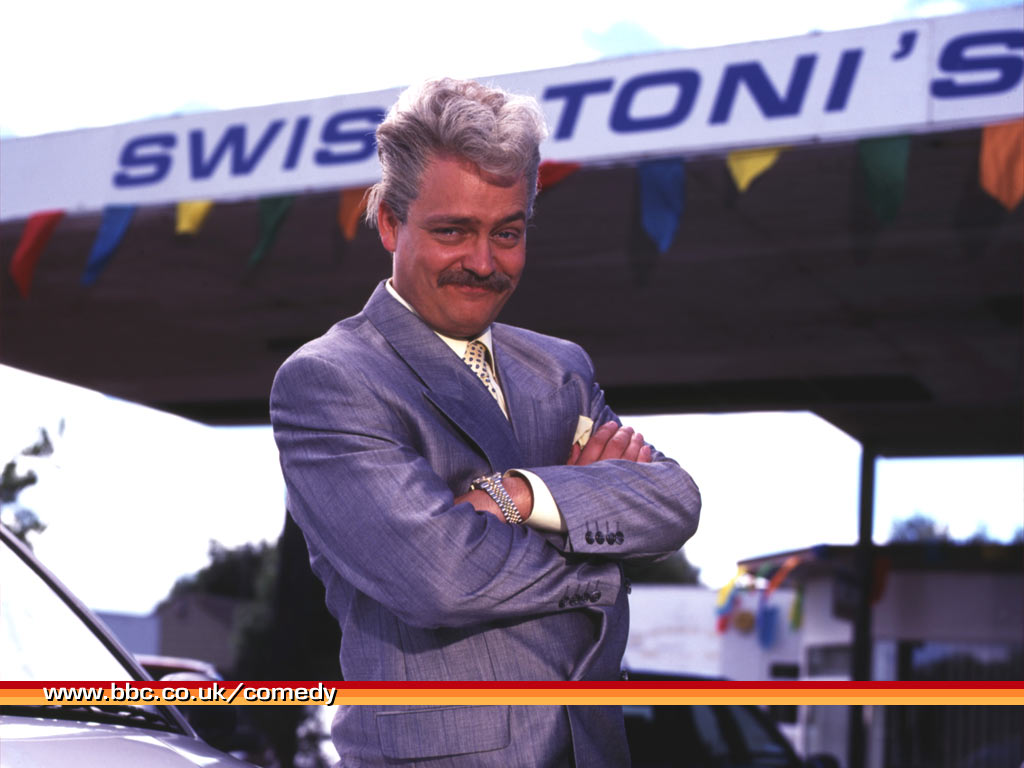 
Engineers designing the world's fastest car believe they now have a solution to keep the vehicle flat on the ground.

Bloodhound SSC is being built to smash the world land speed record by topping 1,000mph (1,610km/h).

Initial iterations of the car's aerodynamic shape produced dangerous amounts of lift at the vehicle's rear.

But the latest modelling work indicates the team has finally found a stable configuration, allowing the project to push ahead with other design areas.

"At Mach 1.3, we've close to zero lift which is where we wanted to be," said John Piper, Bloodhound's technical director.

"Up until this point, we've had some big issues. We've had lift as high as 12 tonnes, and when you consider the car is six-and-a-half tonnes at its heaviest - that amount of lift is enough to make the car fly," he told BBC News.
Click to expand

Valued Member
I have a much simpler solution than all this expensive time spent in wind tunnels or creating expensive CFD models, just get this pair to sit on the tail until the required speed is needed and get them to jump off

Supporter
In case anyone's interested, you can catch up on the latest news & events on the Blood hound SSC website.

The latest news is an update on Andy Green's diary.

And, if anyone is in the vicinity of Farnborough Airshow there will be the debut for the ‘BLOODHOUND Driving Experience’.
If only I could be there, I could audition for a drive!

I can't wait to see the Bloodhound running...

Although as an upstanding pipe smoking British gentleman the sonic boom on this does bring a small tear to my eye.

Valued Member
Wonder how it corners

The first full test firing of the rocket that will power a British car to over 1,000mph (1,600km/h) will take place in the coming months.

Producing 122kN (27,000lb) of thrust, the hybrid Falcon motor will be the largest rocket to be ignited in the UK for 20 years.

It will not be the only power unit in the Bloodhound vehicle when it tries to break the land speed record next year.

There will also be a jet from a fighter plane and the engine from an F1 car.
Click to expand