Contributor
Lucas Film has been bought by Disney and they have announced they are making a new Starwars film to be released in 2015 and with at least 2 more after that.

Personally I loved the original trilogy when I was growing up as a kid, but the latest trilogy was a bit of a let down. It had lost its dark edge that made 'The empire strikes back' so good.

What I would really like to see is a reboot of the whole franchise but taken down a 'darker' more adult path rather like the Batman and Bond Films of late. Probably not going to happen with Disney at the helm. How about JJ Abrams to direct. Interesting to see how this develops.

Contributor
I'm with you Greenlantern101. Here is a good take on things. It's an optimists view for those of you that are compatible with such things:

Valued Member
I would hope that they would ask one of the authors who have written about the Star Wars universe since the film to have a go. Timothy Zahn was the first to write some really compelling stories, in the same vein as the original trilogy, if those stories were turned into films, Iwould be quite happy to watch.

Staff Member
The original trilogy was great...at the time.
Watching it now just highlights how poor it is.

The second trilogy was just crap from the start.

I won't be holding my breath.

Valued Member
What gets me is that everyone is so surprised that Lucasfilms has been bought out by Disney. The amount of plugging of Lucasfilms products Disney has been doing in the parks in the US this year has been immense. While we were there it was the run up to the release of Brave, yet there were full on star wars weekends, start wars themed stands and huge merchandise pushes, and only one little attraction around Brave.

I really don't think the Disney touch to the Star Wars universe is gong to change much at the end of the day, is still going to be sacharine sweet with the pointless annoying characters just to try and add comedy (ja ja f'in binks anyone?). Did no-one notice that the three newest films were done in the Disney model already?

canis said:
Did no-one notice that the three newest films were done in the Disney model already?
Click to expand

Brogan said:
The second trilogy was just crap from the start.
Click to expand

Contributor
I am sure I have seen you praising other Disney films on another thread recently, Brogan.

The Pits said:
I would hope that they would ask one of the authors who have written about the Star Wars universe since the film to have a go. Timothy Zahn was the first to write some really compelling stories, in the same vein as the original trilogy, if those stories were turned into films, Iwould be quite happy to watch.
Click to expand

I read some of the star wars books in my teens, Zahns books would indeed make a good film. But can't see it happening.

Valued Member
I read most of the books, and I think that Zahn was the only one who came close to capturing the personalities and the essence of the originals. I dont think even Lucas managed it when he made the new trilogy, which was a real shame.

Valued Member
Got to agree with Mr B, although I recently watched all 6 films (not one after the other I hasten to add) on Blu-Ray and the 3 prequels weren't as bad as I remember they being when I saw them at the cinema. The kid who played Anakin in the first film and man who played him in the other two were both crap though - almost as wooden as Daniel Radcliffe, who makes Roger Moore look like a good actor.

Contributor
The third film of the prequels was actually quite good.

Contributor
The new trilogy could be better than the prequels as George Lucas is a poor director.

Contributor
Good point. His best works have been alongside Spielberg. The original three Indiana Jones films were all brilliant.

Contributor
There were plans for 9 films right from the beginning, Lucas may have the imagination but direction isn't his strong point.

Contributor
First trilogy was great when you're a kid, but it appears weak now.

Have to agree I would like to see a 'darker' Star Wars, that would be epic!

"I've left pretty explicit instructions for there not to be any more features," he told the UK's Total Film magazine. "There will definitely be no Episodes VII-IX."

In a statement released this week, though, the 68-year-old sings a different tune, claiming he had "always believed that Star Wars could live beyond" him.

"For the past 35 years," he said, "one of my greatest pleasures has been to see Star Wars passed from one generation to the next."
Click to expand 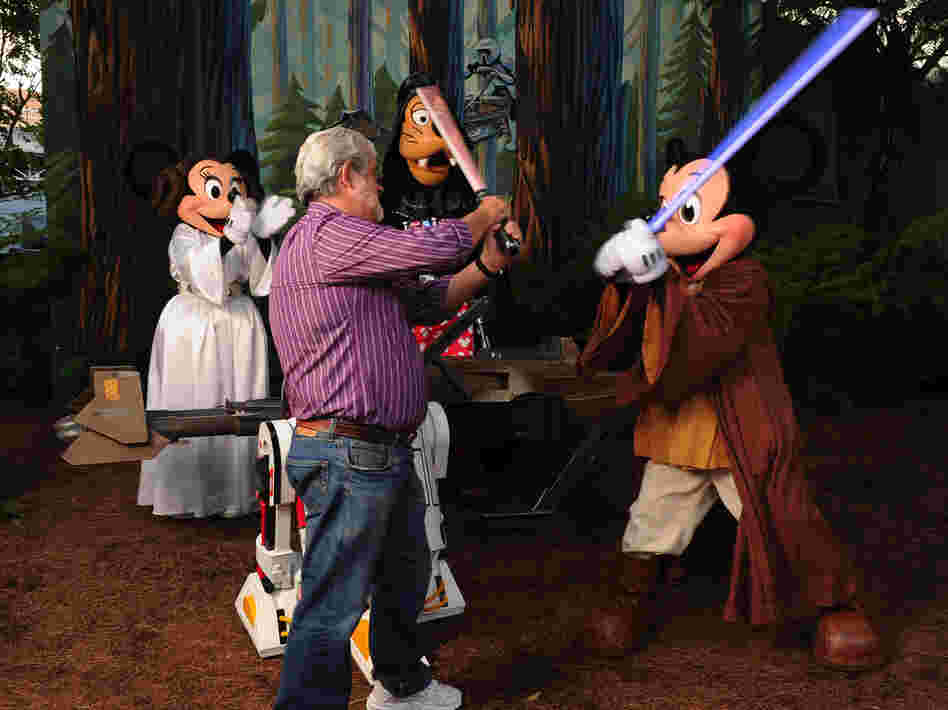 Valued Member
You sir, are a curmudgeon of the highest order.