After successes in Sportscars with Jaguar, Ross Brawn moved to Formula One with Benetton, where his strategical understanding of how to use refuelling pitstops effectively helped Michael Schumacher to his first two titles. He then moved to Ferrari, helping Schumacher to another 5 titles, before going on a sabbatical for 2007.

He showed up at Honda in 2008, quickly deciding to abandon the season in favour of being the best placed to capitalise on the 2009 rule change. Though Honda pulled out, Brawn GP (as they became) had easily the best car at the start of the season, largely due to the Double Diffuser loophole Brawn had pointed out to the FIA and the FIA had decided to ignore. This allowed Jenson Button to rack up enough points early on that the inevitable decline of the under-budgeted team failed to cost them either title.

Enter Mercedes. Schumacher came out of retirement to join Brawn, but he has thus far been outperformed by his team-mate Rosberg. Has Brawn allowed sentiment to woo him?

The biggest credit I think you can pay to Brawn, though, is that the leading two cars after a major regulatory rethink have been from the teams containing him and Adrian Newey. And that is quite the company to keep.
Click to expand

Contributor
I just wonder if Brawn's retirement meant that there will be even an attempt to be treating Lewis and Nico as "equals".

I for one, have never bought in to this "equals" garbage. The higher-paid driver will be getting preferential treatment in order to justify his higher salary.

"Whatever they say there are no friends amongst Grand Prix drivers......there can't be.....there are just guys who tolerate each other more"

Made me think of the Lewis/Nico situation.

Contributor
He's back. Must be bored of fishing. 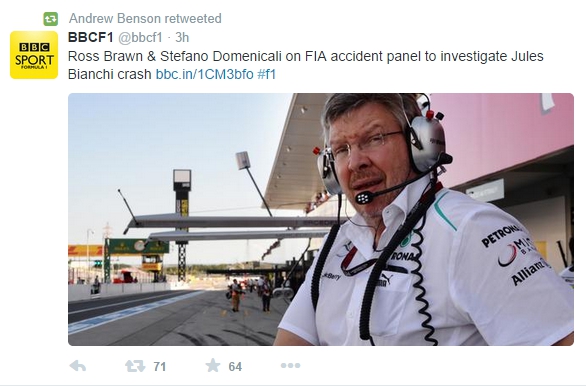 Contributor
Well by that reckoning Stefano's back as well.

Premium Contributor
Can it be true?? Please let it be so. 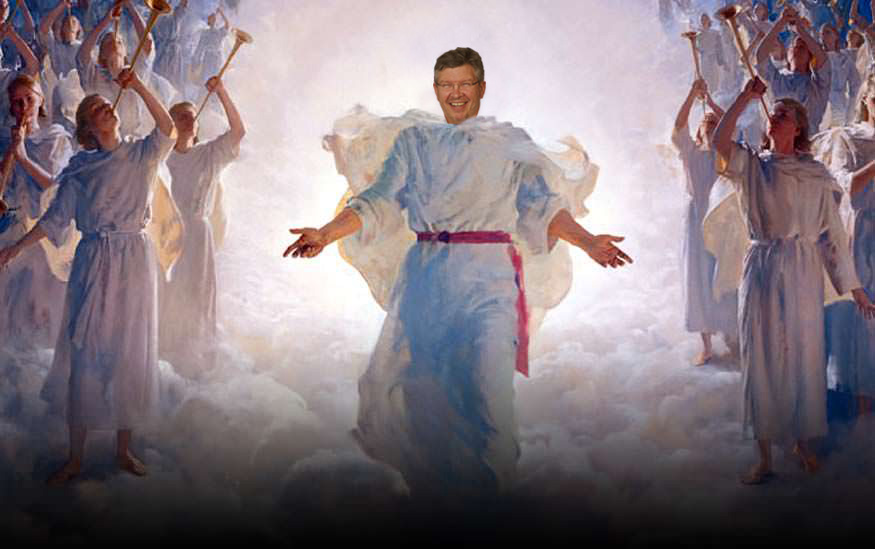 Wasn't Ross Brawn saying only a few weeks ago at the lauch of his biography that he didn't like getting involved in F1 politics?
Plus I'm not sure Grandprix.com is exactly the most reliable source around, especially as they' re quoting from an article in AutoBild Motorsport.

Now I ain't heard of them but looking at the article the logo looks identical to that of german red-top "Bild", the german equivalent of the Sun. Is this simply a motoring supplement of the german tabloid? Looks like it....

In short I doubt very much there's any substance to the story at all... Ah well, que sera sera, as they say in Dusseldorf.

Premium Contributor
Please will you all stop ignoring the question mark in that Grandprix.com article.

Why would Brawn give up fishing to run F1, it doesn't say in the article that he's lost all his marbles, or that the secret police have coerced him into it.

Titch said:
Please will you all stop ignoring the question mark in that Grandprix.com article.

Why would Brawn give up fishing to run F1, it doesn't say in the article that he's lost all his marbles, or that the secret police have coerced him into it.
Click to expand

No! It's fun to believe! And he has been on record recently to say he might come back if the job is right so let us believe please let us I want to I Want To!

So Brawn would be working under Todt? Again?

Premium Contributor
He's a lot taller than Todt so no.

Seriously though who knows what position he'll be in exactly, and what level of power he will have. For me he's the ultimate head-cracker, or to put it a nicer way, a dispute-resolution broker. Someone who can get people to move forward on important and otherwise intractable issues, without losing goodwill along the way. That's gold-dust in any industry.

Liberty need someone to do the hard stuff, to make people agree on changes to the set-up that might not benefit them. Who better than Ross?

And even if he does have to report to Todt in some shape or form, I doubt it'll be a deal-breaker. Todt doesn't do anything anyway!

Valued Member
When Ecclestone got his clutches on Formula One, every position of responsibility was taken up by someone previously employed by Motor Racing Developments. I wonder if Todt's world will see a range of former Ferrari employees take up key positions. They have considerable experience running F1 from the early 2000s, after all.

Contributor
The poll result on JA website.
Maybe he should run for president

HOW DO YOU GREET THE NEWS ABOUT ROSS BRAWN? 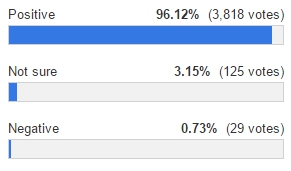 Contributor
I met Ross Brawn when he was Mercedes supremo. Very nice man, unlike Whitmarsh who (sat next to him) was an arrogant ****.

Time has a funny was of changing things.