Staff Member
Beat you by 2 minutes

Staff Member
One would presume that Vettel already has a seat lined up.
My guess is Ferrari, in which case Alonso is off to McLaren.

Neither of those seem like particularly good fits to me.

Staff Member
Horner has just confirmed that Vettel is going to Ferrari.

Staff Member
It seems Vettel negotiated this all on his own (he doesn't have a manager) and only told Red Bull last night.

One wonders whether he would have been happy to stay at Red Bull if he was on course for his fifth WDC.

Supporter
That's a big "if", but I think we all know he wouldn't be moving if RBR were still on top.

Contributor
Is anyone going to call Vettel a traitor for "leaving the team that supported him as child"? Of course, that is a ridiculous statement, but one I have certainly heard before.

ExtremeNinja said:
Is anyone going to call Vettel a traitor for "leaving the team that supported him as child"? Of course, that is a ridiculous statement, but one I have certainly heard before.
Click to expand

I would, bloody traitor, talk about throwing your toys out of the pram, if he was good enough even with the power deficiencies he'd ring the neck of that Red Bull this season and win at least 3 races, oh hang on.............. 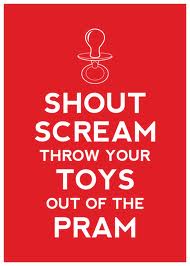 Contributor
Beaten by Ricciardo, legging it to somewhere where the only way is up.

Contributor
Where would that be? Given the uncertain times of the 'new formula'.

I'm not fussed about his move and hope another team can give him the car he needs to 'prove' that he is a champion. The only team that can do that at the moment is Mercedes, so let's see what Seb is capable of in a another 'sub-optimal' car.

Contributor
I realise that Ferrari is the supposed destination, as in another sub-optimal car (edited post) and was merely musing on the fact that Mercedes would be the only sensible option for a chap that needs perfection before being able to perform (it would seem!)

Staff Member
Premium Contributor
It has to be said, he's putting his entire reputation at risk for this move. How strange to think that a four time world champion could be remembered as a failure if he moves to Ferrari and fails to win a title.

Contributor
I don't find it strange, Ferrari don't really have that good a record; it has been a bit staggered to say the least. They don't have an Adrian Newey either.

So by that standard, Alonso should be remembered as a failure?

I guess Seb thinks Ferrari's sub-optimal car is going to be better than RBR's sub-optimal one, though RBR have had the edge on Ferrari this year. Maybe Seb can see next year's RBR could be stinkier than this year's and the creation of a new team around him at Ferrari is more attractive. I think he's potentially made a good move personally, but a risky one for sure.

Contributor
I honestly don't understand the attraction that Ferrari seems to hold for drivers (beyond the money, of course). For decades they were derisively known as "Ecurie Chaos" and they seem to be degenerating back to that form. The team is in upheaval and political intrigues seem to be everywhere (at least so it appears to this outsider). Staking one's future on a team in such turmoil seems a huge gamble to me.