Contributor
Talk about a living legend for the last several decades. RIP Niki, truly one of the old school of drivers.
I

Bye Niki. As novice to racing and F1, long time ago I've arrived to Kyalami track without expectations, however as a good neighbor, I've rooted for you in that race, felt your (ignition) pain, and deep love for the sport. More importantly, I have to credit you with making F1 life long affair, journey, for me. RIP my friend. You will be missed.
Last edited: 21 May 2019

A true legend and a gent. Rest in peace Niki.

Contributor
It is truly sad news and he will be sorely missed.

Staff Member
Premium Contributor
An incredible driver who managed to succeed in two vastly different era's of the sport.

Entering F1 in an ageing BRM with nothing more than a huge bank loan and a considerable amount of talent. Proof that not all "pay drivers" have been bad for F1.

Premium Contributor
How very sad. Always larger than life. He will be missed by many.

so sad to hear news of Niki Lauda this morning its almost shock, because what he's been through you assume that he's indestructible. what a man, 3 time world champion, huge fighter i said when tiger woods won the masters that niki lauda was the greatest comeback in sport & he will be huge loss to paddock as always great to listen to as proof that post qualifying they always chatted to niki but not always toto. because he was straight talking & told the truth no spin

just a few light hearted bits on niki lauda, as we a laugh in the gloom. Christian Horners wedding always amused me just the idea of niki lauda & the spice girls having a conversation tickles me

also a touching tribute from heart 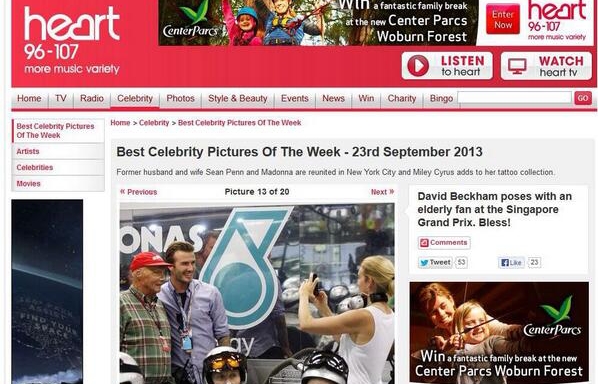 Staff Member
Premium Contributor
James Hunt told the story of how Lauda burst into his hotel room on the morning of the Canadian GP in 76, fully suited and booted, helmet under his arm and shouted "today I will win the world championship" before storming out again.

Edit, found the quote. It was Watkins Glen.

"It was funny, that weekend at the Glen. Niki and I had adjoining rooms in the hotel, with a connecting door. Early on race morning he came stomping over to my bed, already in his overalls, and announced, ‘Today I vill vin ze Vorld Championship!’ Whether he was being funny or trying to psyche me out, I don’t know, but I just dissolved into helpless laughter"

When you consider the relationship between Hunt and Lauda and how they remained friends under the extreme pressure of that season, it is difficult to imagine two drivers from rival teams going for the championship remaining friends like that today.

Valued Member
He probably lived 43 years longer than he expected to. A sad loss, I shall miss his outbursts and swearing on live TV.

Contributor
Had Niki Lauda done no more than 3 WDCs he would have been a great; but he was also so many more things as well. His bravery to get back into an F1 car alone is immense, as was his friendliness and sense of humour even in the most stressful times.

Condolences to family and friends.
A good memory about this strong person.

Valued Member
Smart, determined, fearless, a resolutely independent thinker who said and did what he thought and didn't give a **** about what others thought. Great driver, great man and will be very sadly missed.