The son of former McLaren Formula One driver Jan Magnussen makes his Formula One debut in the 2014 season. He started his racing career in karting and quickly moved onto more powerful single seaters.
After early success in Danish Formula Ford he was soon competing and winning in Formula Renault 2.0 and Formula 3 before competing in the Formula Renualt 3.5 series and winning the championship in his second year.

As a product of the same driver development program that brought us Lewis Hamilton as well as a strong racing pedigree, Magnussen has become accustomed to winning at all levels of the junior motorsport ranks and will want to continue his success when he makes his debut in March.
Click to expand

Avatar for sale to the highest bidder · 41 · From Yorkshire
Contributor

I know there was a buzz around Montoya, I simply feel he was overrated. He had a reputation as an amazing qualifier but was actually outqualified by the only two team mates he ever had - Raikkonen and Ralf Schumacher.

He was far from bad, but at a time when the likes of Schumacher, Alonso, Button, Frentzen, Raikkonen, Heidfeld, Trulli, Massa and Fisichella were all racing, I wouldn't call Montoya a top driver of his time. More of a Grosjean than an Alonso.

And that was back when he was at his peak. We saw how badly Schumacher performed past age 40, it is only logical that Montoya is now far off the level he was at when he raced in F1.

Contributor
Montoya was way in front of the likes of Trillion and Heidfeld. They never came close to what he did.

It's very easy to look back retrospectively and say that about Montoya but to be honest when he first came into F1 the buzz around him was very much like that round Max Verstappen. He was a stunning overtaken and got the usual round of 'he's dangerous' from other drivers which is a sure sign they were worried about him.

To be honest I was never a fan and he couldn't handle the team politics of F1 which is why he never achieved his potential but to say he wasn't a top class driver when he was in F1 would be unfair.

I see what you are saying about his age but unlike Schumie he never took anytime off.

Valued Member
Kevin Magnussen thread anyone? No? Just me?

Contributor
Sorry! Good luck to KMag at Le Mans in 2016.

You can't really argue against the fact he deserves another shot (well you could but you'd be wrong).

Contributor
Worth mentioning Magnusen had a good race in Bahrain even if the car wasn't the best. Look quite fiesty with the overtakes.

He certainly put in a better hand than his teammate and wasn't crying about the Sauber's shortcomings.

Supporter
12.5 G Impact according to the FOM graphic 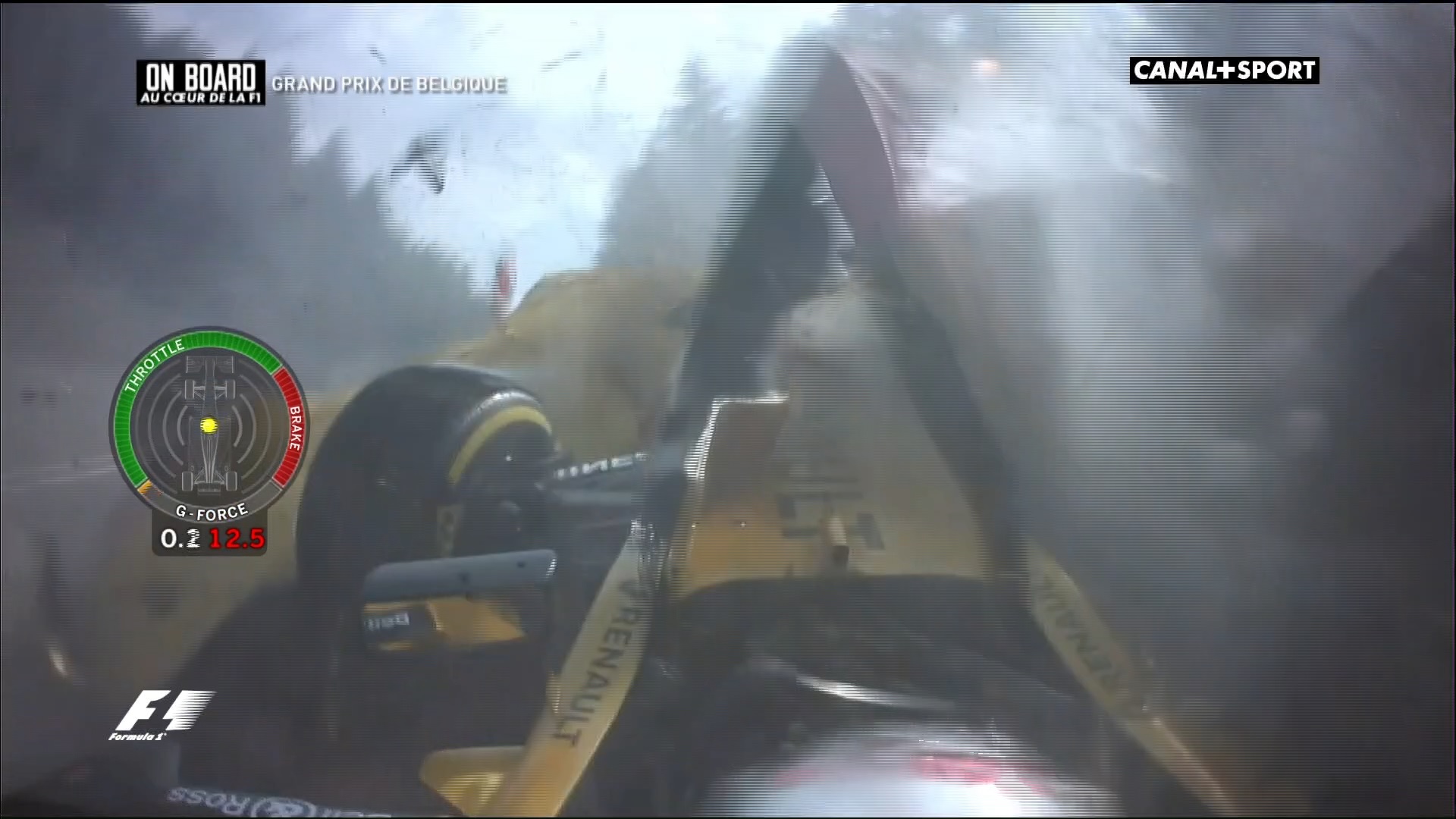 Supporter
He didn't have a head on impact and was incredibly fortunate with the way it entered the barriers.

I was looking at his profile today, when I noticed he is the only driver to have driven an engine from every manufacturer in the new turbo era:
2014 McLaren - Mercedes
2015 McLaren - Honda (Australian Grand Prix)
2016 Renault
2017 Haas - Ferrari

Contributor
Quick note to say that KMag drove brilliant today whilst his team mate spent his time moaning on the radio.

Contributor
I've decided I like Kevin Magnusen after his antics at Hungary.

Also he has been on good form this season. Moans less than Grosjean and just gets on with it.

Funny that. After his antics at Hungary I've decided Magnussen is a bit of a toss-pot. Even though Hulkengerg didn't exactly cover himself in glory either with his talk-to-Charlie carry-on.

Premium Contributor
Kevin Magnussen is one driver for whom I feel total indifference. I don't suppose he gives two hoots though.