"On 6 June, an event that takes place only four times every two centuries will enthral the world's astronomers, as it has ever since the 1600s - But it is one of the rarest sights in astronomy, an event known as a transit of Venus."
Click to expand 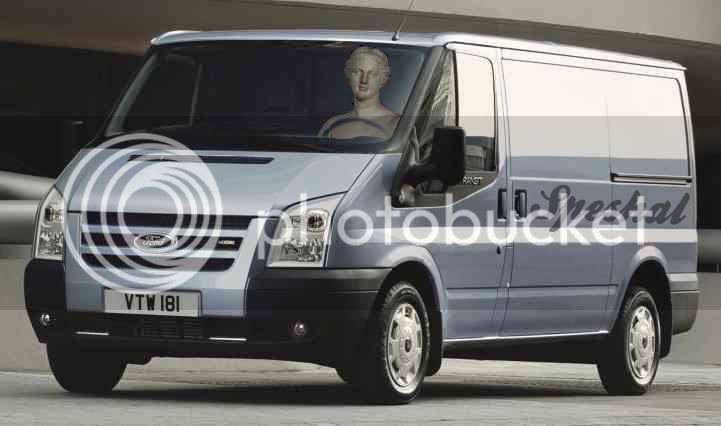 Staff Member
Cheers Spesh, I'll add that to my diary and hope to be able to catch a glimpse.
M

Contributor
My bro has a reflector telescope does anyone know how I can set this up to safely record the event and maybe post it on here..?

Yeah that’s cool, can’t see many of us being around in 2117 so better remember.

Contributor
I have done a bit of sun gazing. The really important thing is safety. If you get it wrong for a fraction of a second you will be blinded for life. Eyes don't get better.

Ok first you need a filter, there are 3 options. Super expensive Hydrogen Alfa Filters (£400-1000) which let you see the solar flares. Baader solar film, looks like tin foil, the cheapest option and the glass type solar filter where a coating is applied to a piece of glass.

The filter I have used is the Baader solar film. Its is very important that the film is placed in front of the telescope or binoculars, if the film is placed behind the eye piece the magnified heat of the sun will burn through the filter and blind your eyes within a fraction of a second.

Because this film is relatively flimsy it is important to check it is not damaged before using it. Simply hold it up to the sun in your hands, if you see any pin holes or scratches, do not use it.

You can buy Baader filter foil at the below link and make your own covers to go over the end of your binoculars or telescope. I made mine from cardboard and duck tape. Works great.

Be safe, have fun.
p.s. I will post my transit pictures when I get home and look them out.
M

Contributor
These are my photos from the 2004 Venus transit. Taken with Baader filter and a compact camera held to the telescope eye piece (Meade LX90). Pretty low tech but it works. The photos are ok quality but what you can see with your eyes is better. It was a cloudy day and I only caught a glimpse for about 5 mins as the clouds broke. 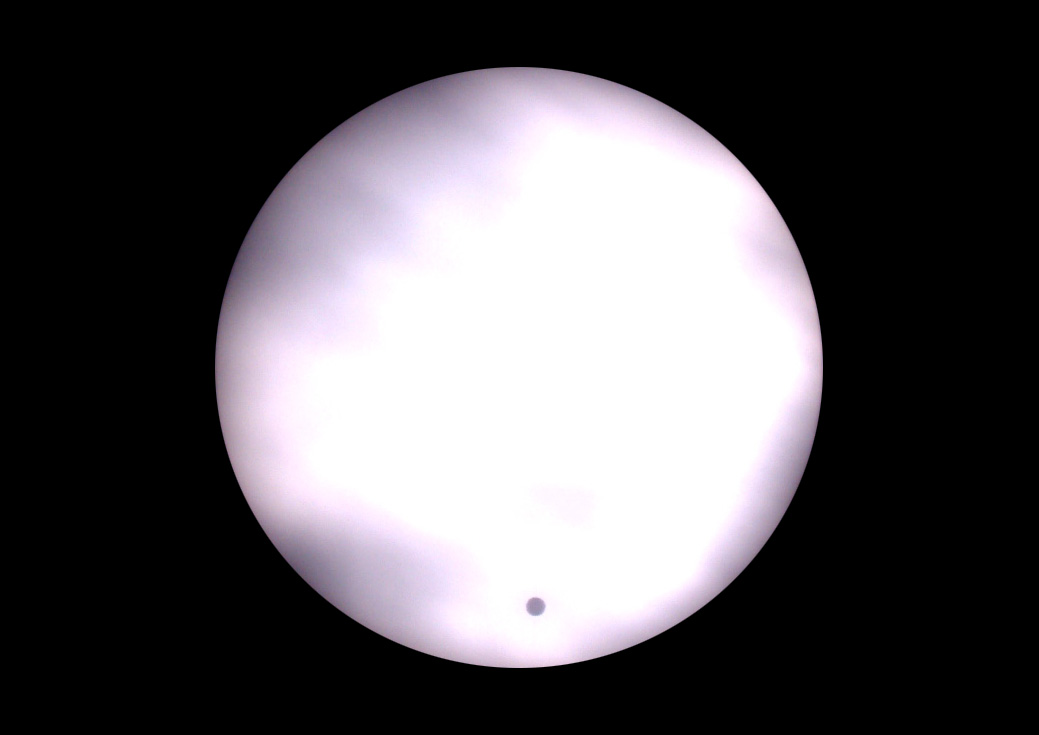 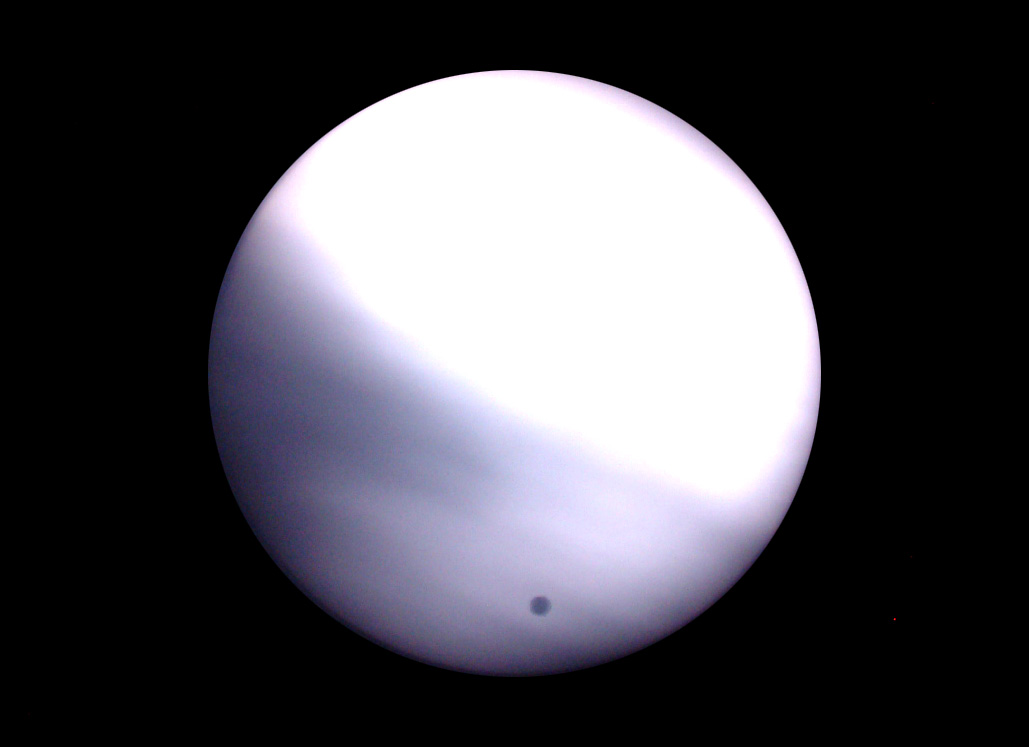 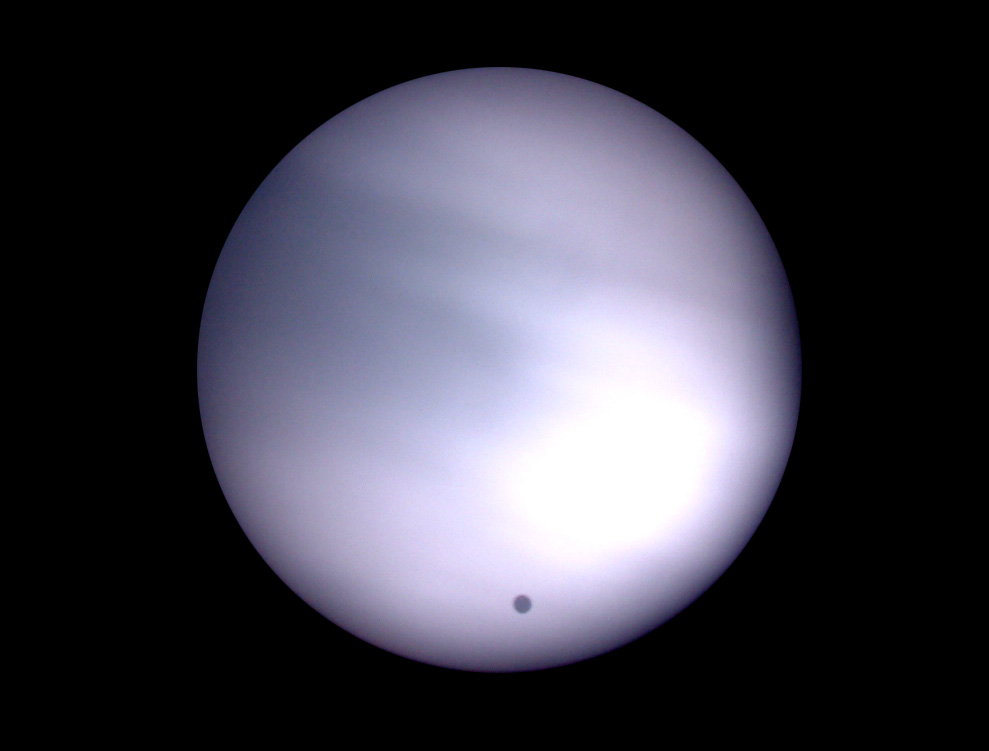 Contributor
I remember my physics teacher in 2004 building a telescope which enabled us to see that. Didn't know it would happen again. This is really great!! Thanks for the pictures Greenlantern101

Contributor
Venus transits always happen in pairs, nothing for a hundred years then 2 come along at once. Bit like busses.

Valued Member
Tonights full moon if you can see it should be hoooooooooooooj.

Contributor
Feb 1865 is the only month in recorded history not to have a full moon.

Contributor
Been looking into this a bit more to find out exact times. Turns out the UK will only see the very end of the transit as it is finishing at sun rise. So if you want to see it you will need a clear view of the horizon to watch the sun come up at around 4.30am. Some more details from the RAS website below.

NEVER LOOK DIRECTLY AT THE SUN, WITH OR WITHOUT A TELESCOPE OR BINOCULARS, WITHOUT USING A SAFE SOLAR FILTER. TO DO SO IS VERY DANGEROUS AND IS LIKELY TO RESULT IN PERMANENT BLINDNESS
The 2012 Transit of Venus occurs on 5-6 June, with the whole event lasting slightly under seven hours. The transit starts at 23:04 British Summer Time (22:04 UTC) on 5 June, after the sun has set in the UK. It will take about 20 minutes from the point when Venus first encroaches onto the disk of the Sun ('first contact') until the planet is fully silhouetted ('second contact'). The planet will then take a curved path across the northern part of the Sun. Mid-transit is at about 02:30 BST (01:30 UTC). Venus begins to leave the Sun ('third contact') at about 05:37 BST (04:37 UTC), and the transit will be over ('fourth contact') at 05:55 BST (04:55 UTC). Timings differ by a few seconds for different latitudes, but the transit will be visible from any place where the Sun is up (clouds permitting).
Unfortunately, this means that only the final stages of the transit will be visible from the UK. As a guide, on 6 June the Sun rises at 04:30 in Edinburgh, 04:46 in London, 04:51 in Belfast and 04:58 in Cardiff (all BST), so observers in the UK will be able to see the final hour or so of the event.

Young people watching the transit of Venus in 2004, using approved solar filters. Credit: Charles Barclay​
Venus is large enough for its silhouette to be just visible to someone with normal eyesight, without the help of binoculars or a telescope. Its diameter will appear about 1/32 of the diameter of the Sun. For safe viewing of the transit, the same rules apply as those for observing an eclipse of the Sun. Eclipse viewing glasses can be used, as long as they are undamaged and observing is limited to a few minutes at a time. Note that they must NOT be used with binoculars or a telescope. For an enlarged view, an image of the Sun can be projected onto a screen by a small telescope. Pinhole projection, however, will not produce a sharp enough image to show Venus clearly.
Observers should only use eclipse glasses that are marked CE under the EU Directive on the safety of Personal Protective Equipment. These are certified to conform to an agreed and effective safety standard. Under that specification the glasses or their packaging must be marked with any applicable obsolescence deadline (colloquially, the 'best-before' date). The capacity of eclipse glasses to block harmful radiations from the sun reduces with time. For example, glasses bought for the total solar eclipse in Britain in 1999 are now nearly thirteen years old and should not be used. In any case observers should inspect pre-used glasses for damage (scratches, holes, weakened mounting for the lenses...) and consider replacing them if there is a risk that their effectiveness in protecting the eyes is reduced. 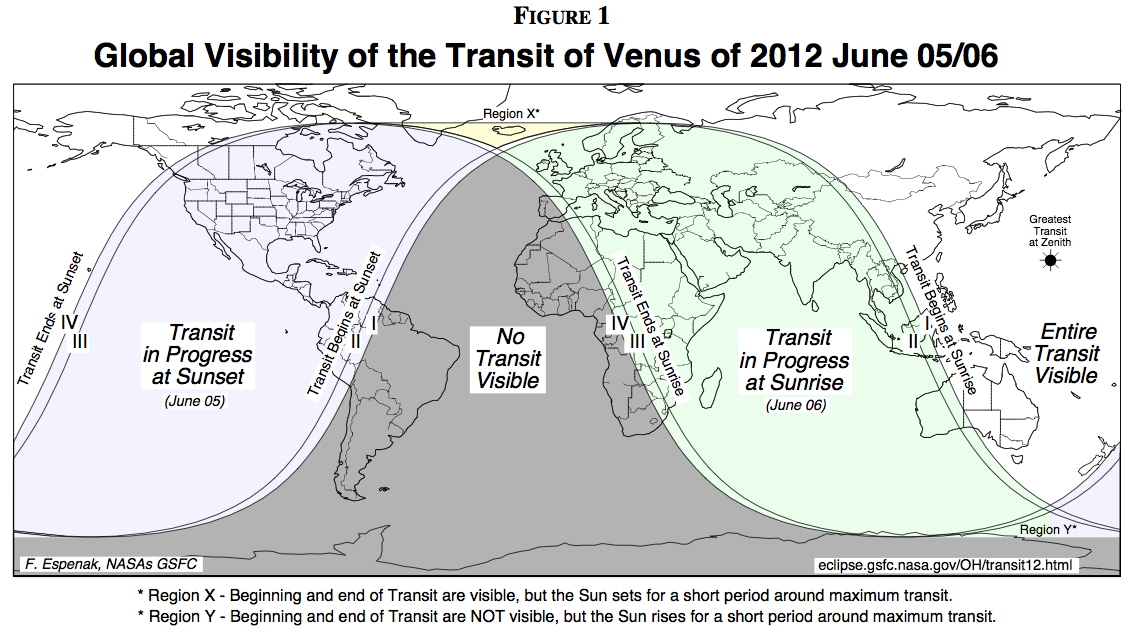 
EDIT : Diagram for height of sun above horizon (in Edinburgh) below. Note 1 degrees is about the same distance as 1 diameter of the moon. So by 5.30am when its all over the sun will only be 7 degrees above the horizon. A bit a planning needed me thinks. 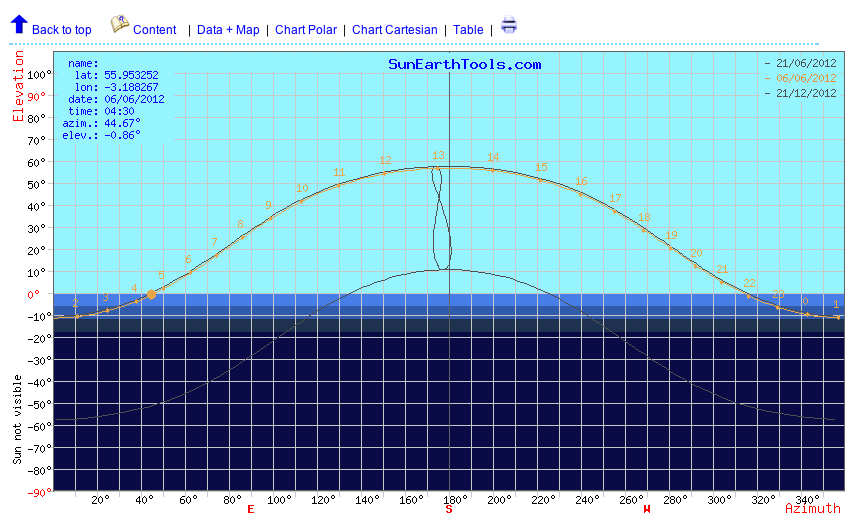 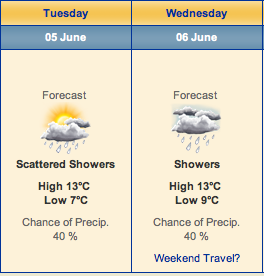 Contributor
I have decided not to get up at 3.30am to set up telescope and then stand around in the cold for 2 hours... then go to work.

But I will watch this program that is on tonight. 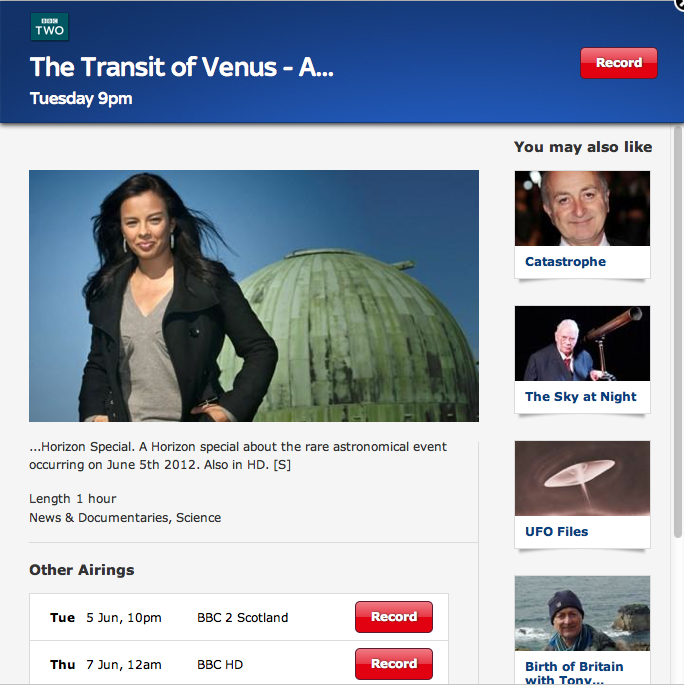 I was awake at 3:30 but would not have seen a thing. Sky overcast and damp. Unless, that was just sleepiness clouding my eyesight.

Contributor
Watch the venus transit live on line. feeds from all over the planet. Transit starting very soon. 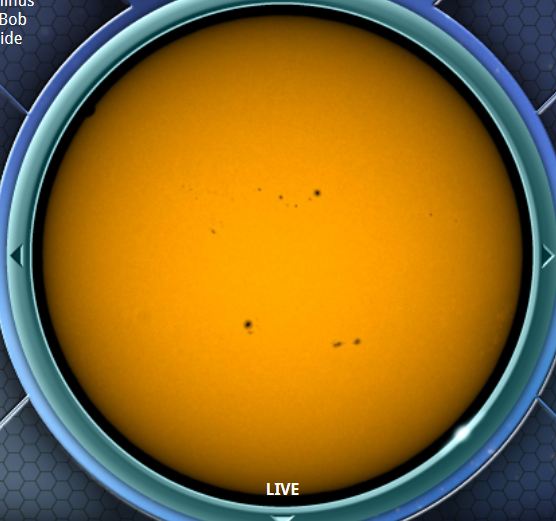 The Art of War - Adam Parr