Is Silverstone Frankenstein in Disguise?

Did wonder how much Silverstone has changed since the late 40's & when I remember it best in the early 80's, but this excellent picture confirms my own personal feeling that the track circa 2016 is now akin to Frankenstein.

So the question is, which parts of the old track, any year is relevant, would you have back for a British Grand Prix?*

* Of course using a common sense approach so that any reverting back would have the necessary safety features & appropriate run off areas, etc etc

Note have plagiarized this good work from a Tom Mckay on Wiki, but I'm sure he'd like his efforts to go towards a good & decent discussion on Silverstone: 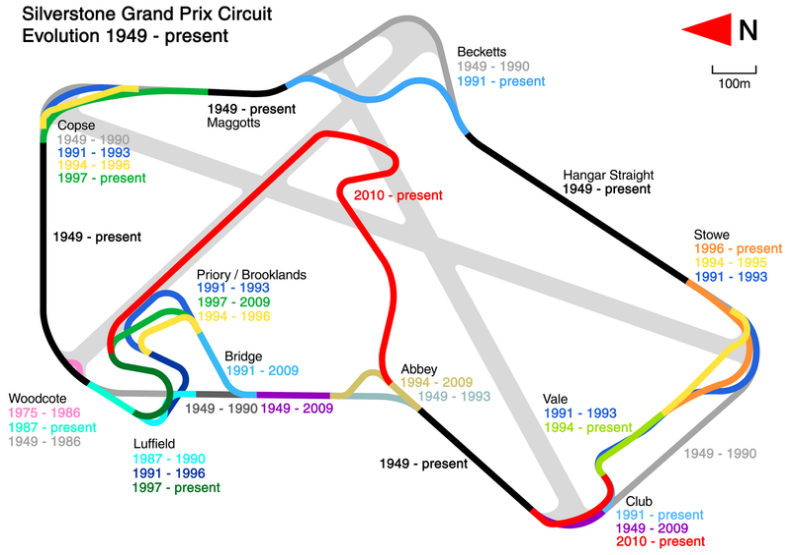 Staff Member
Valued Member
I honestly don't think the extension into the infield brings anything to the party. It was only added for the Moto GP series which came to Silverstone after the aborted attempt to take the British GP to Donnington.

I think it's universally agreed that the Maggotts / Becketts section of the track is a firm favourite with the drivers and was also an inspiration for part of the Circuit of the America's in Texas.

Actually the old Silverstone layout DID look a bit like Frankenstein's Monster. 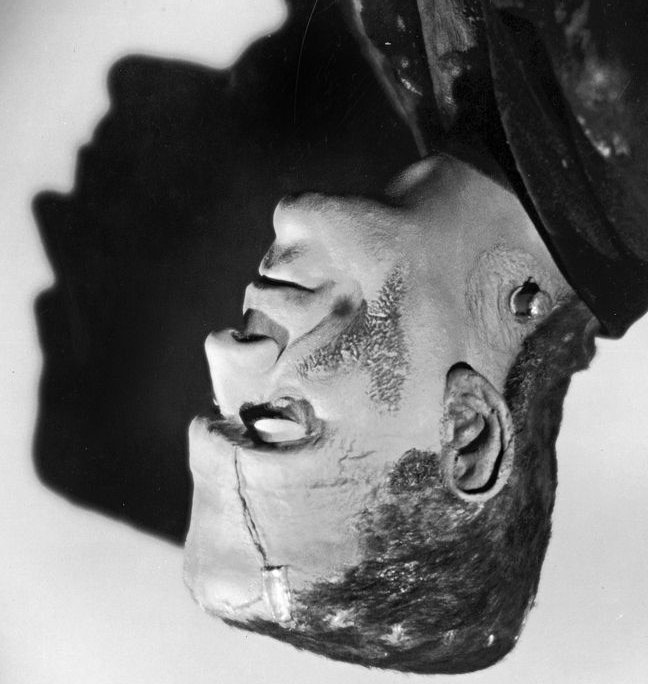 Contributor
They have really made a lot of small changes, haven't they. Change for changes sake?

Actually the first major track transformation in 1991 made it much more difficult to overtake on. Pre-1991 Silverstone used to be one of the tracks where overtaking was the least difficult. As wide as.. er, an airfield, and at least three clear overtaking spots. Stowe, WoodCote and Copse.

The changes to Becketts might have made that section more spectacular and technical but it also made overtaking at Stowe corner far more difficult since it made it more downforce-dependent, and effectively shortened the the Hangar straight.
The changes made to Club also made it more difficult for cars to follow one another and the removal of the Woodcote chicane removed anotherclear overtaking spot.

Valued Member
Silverstone is a sin against mankind and makes the baby jeebers cry.

Valued Member
More seriously, I'd love to see today's drivers take on the Silverstone of the 70's and 80's just to see how they would cope with a truly, incredibly fast circuit. I've never managed to find a video of Keke Rosberg's 160mph average lap but it would be something to see.

Valued Member
If Monaco's "challenges" can justify a lack of overtaking, the section from the exit of Luffield up to Stowe certainly deserves such an exception.

I'm not sure Copse makes a good turn 1; I think it is better as a moment of awe in the middle of the circuit. However, that infield section is still unnecessary - it could start into Abbey, then continue down the Bridge/Priory route.

My favourite layout was the old international circuit. Depending on the car/bike, Ireland could be as satisfying as Maggotts, or with the Ireland bypass it gave slipstreaming fun all the way to the hairpin.

FB said:
Silverstone is a sin against mankind and makes the baby jeebers cry.
Click to expand

Take it back to Brands then! Much more spectucular venue.

Contributor
Yea OK, everyone to Brands.