Contributor
Since Todt is not running unopposed for re-election, I was wondering if anyone can enlighten me regarding his opponent, one David Ward, whom I have never heard of.

Does anyone here know what his motorsports background is or can project what we might expect from someone who, to me, appears to be primarily a politician?

Staff Member
Premium Contributor
Has Todt announced that he will stand again? I believe there is some speculation that he may be doing a single term before handing it over to someone else.

On the whole I would say that Todt's time at the top seems to have been successful. The world hasn't caved in and every decission hasn't gone Ferrari's way in F1.

As for David Ward

Your guess is as good as mine. I've only read a little on the odd motorsport website but nothing that really gives a good insite in to the man.

That's pretty much the best I could find about him.
C

Valued Member
David Ward is basically a politician with plenty of experience in the FIA. He has advised political parties and for some time was considered to be the power behind the Max throne within the FIA. He is very adept at turning a situation into a political advantage and I fell would bring back the old days of secret deals behind the scenes for support over public deals, back room agreements and extra payments for things he doesn't want people to know about.

I get the feeling that if insider knowledge is to be believed then Max wouldn't have managed to get half as far as he did within the FIA without this man working behind the scenes...

Staff Member
Premium Contributor
Just the kind of chap we don't want in charge then.

Contributor
Oh, I don't know - I kind of miss the Max days, and the political intrigue, dictatorial pronouncements and predictable outrage that it fostered. It made up for one driver & team dominating proceedings on the track, at least...

Worked in road safety for 18 years - played a leading role in initiation of United Nations Decade of Action for Road Safety 2011-2020. Also:
Not a bad resume, methinks

Contributor
I think he would be better suited to the AA or RAC!

David Ward, candidate, is setting out his stall for the forthcoming FIA presidential election.

Jean Todt has been almost invisible during his tenure and Ward's observations of the workings of the FIA over the past four years imply not only invisibility but also neglect.

Top of the list of issues that Ward will tackle if elected is the running sore that is the Bahrain GP. This may just be a very handy ace in the hole since things are brewing in the Middle East kingdom with more injustices taking place on a daily basis. If he is elected, he wants an investigation into whether Bahrain should actually have a Grand Prix. However, the Bahrain card may also be a dodgy one since our old mate Bernie, who likes Bahrain, might have a word in the shell-like of the members of the FIA's “electoral college”.

Interestingly, as we learn more about David Ward, we find that he is an old pal of Mighty Max and wrote Todt's election manifesto last time round – Todt was Mighty Max's favoured pick for his successor. Perhaps, though he has come to regret being in the Todt camp. In true political contender style he accuses Todt of "poor decision-making" with the controversial reinstatement of the Bahrain F1 race being just one example.

Ward wants standard "appropriate processes in place” to assess and judge the suitability of locations to host GP's. He says that would “minimise the reputational damage you can get from poor decision-making on the hoof", referring to the ad-hoc way in which a previous investigative visit to Bahrain, the report and subsequent decisions had been made. He describes the FIA as "amateur, antiquated and rather archaic" and says it needs fundamental reform because it is "not fit for purpose".

In another campaign pledge that may irk Ecclestone, Ward wants to toughen up provisions in the FIA sporting regulations with regard to bribery and corruption. He wants the sporting code to ensure it "would be clear about the requirements we would have in terms of partners". That would bring such folk's as Mighty Max and Ecclestone into the purview of the “bringing the sport into disrepute” clauses. Just think what fascinating ?-gates might be lurking around awaiting a decent piece of investigative journalism.

Then there is how the new Concorde Agreement – apparently now signed by the teams – was handled. The FIA's World Council apparently “agreed” it in a poll via FAX machine as opposed to having had a discussion in a full council meeting followed by a formal vote. Understandably, then, he wants "robust decision-making processes with separation of powers between executive and legislative and judicial".

As in the Mosley days it seems that the President is still the executive authority at the top of the FIA power pyramid. The so-called independent "International Tribunal", recently tested for the first time by the Tyre-Test-gate affair, appeared to be an attempt to moderate that authority. However, the fact is that it is still the president who decides what incidents or events are referred to the tribunal, so the position is still open to a dictatorial approach. Similarly, it is wide open to corruption, mishandling and/or failure of the one individual on the presidential throne.

Talking of hoary old chestnuts (well recent chestnut) like tyres for F1. Yup, that's what I said, tyres! Ward points out that there was no tender process for finding and selecting a tyre supplier for F1 in 2014. Remember those rumours of interest from Michelin or Bridgestone? It seems that they were not officially invited to apply! F1 regulations should apparently stipulate that the contract to supply tyres should be via a formal tendering process. The FIA may be in contravention of European Commission competition legislation and Ward wants to sort that out as well.

So, where are we? Oh, yes, the election I believe is this month so who do we want to win the FIA hot seat?

Contributor
Yes Fenderman - it probably should. Perhaps we could have a fax vote...

It seems that President Todt has been up to some rather nefarious pre-election electioneering in a pre-emptive move designed to halt any challengers in their tracks. In order to participate in the race for the FIA presidency, candidates must elicit letters of support from FIA member associations and clubs. Todt has apparently jumped the start "locking out" eleven of the twelve North American clubs. Apparently it means that El Salvador's "club" has the power to turn it into a one horse race. See: http://www.autosport.com/news/report.php/id/110262

Ward says the election is turning into farce, which it probably is. One thing is for sure, it has already begun to get dirty. Todt, who seemed to be quite a nice, "hands off and lead from behind" kind of President, is proving the rule that power corrupts. Either that or he is out of his comfort zone in the role of FIA president and maybe even incompetent.

This is not meant to be a character assassination of Todt. He was clearly very good in his profession at Ferrari but that doesn't mean he was and is the right person for the FIA presidency, especially as the role is a political one. The skill sets are not necessarily the same and maybe it is only now that the cracks are starting to show. Meanwhile, the great unknown is whether or not Mr Ward is the right bloke for the job. His political and UN experience is probably more in keeping for the job but time will tell.

Contributor
Ward has withdrawn. Is it just me or are the FIA elections about as fair as those held in Syria.
http://adamcooperf1.com/2013/11/14/todt-to-be-unopposed-in-fia-election-as-ward-forced-out/
Last edited: 14 November 2013

Contributor
Remind you of anything? 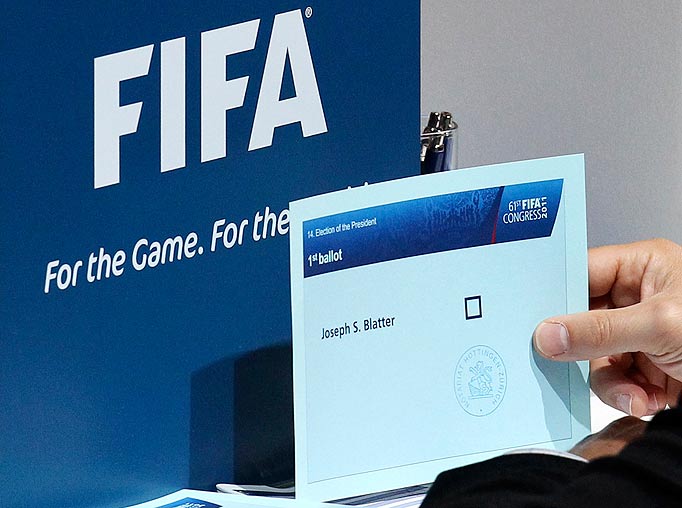 Contributor
So, a one horse race...he and Vettel have a lot in common, it seems...

Vettel has earned his right to retain his drive by bringing home the titles with his skill and hard work as a driver. Todt may be where he is because of work he did in the past that led to his original election. However, his next four years as President will be due to either a rigged election process or a totally deficient one.

Contributor
The poison dwarf wins the uncontested election. **** off.

Contributor
It smacks of a Boys' Club stitch-up to me.