Contributor
So in case you didn't know F2 is the new name for GP2. Why the name change? Well it simultaneously rids the series of the Ecclestone name and completes Jean Todt's promise to re-establish the F2 formula without him actually having to do anything (sums up his presidency). Whats changed between the two series? Absolutely nothing. Rules are the same, cars are the same and teams are the same. Thats all a good thing though as GP2 always gave us some great action.

Whilst the stats will tell us all that everyone in this is now a rookie we all know different. Some names have moved on but some are still here. Favorite to win this year? Well after a fantastic year of out driving an awful car last year Oli Rowland has moved to DAMS and is certainly most peoples tip to win the thing. DAMS have been off form the last two seasons though but that could be to do with driver choice more than anything else. Last years top team were Prema and this year their lead driver is the much talked about Charles Leclerc. Leclerc graduates to F2 from GP3 as champion and at was one time was talked about for the Haas drive in F1. Leclerc is pretty quick but is a genuine rookie and its been a while since one of them has won the series. I expect him to be competitive though. Luca Ghiotto might be a good bet driving for Russian Time as his speed has never been in question and now he finally has a decent drive. A complete outside bet? I'd plump for Louis Deletraz for Racing Engineering. A quietly quick driver who might spring a surprise.

Now grab you skateboard, slam on some Huey Lewis and the News and get on down to your delorean because we seem to have gone back in time with some of this field. Your eyes do not deceive you both Johnny Ceccto Jr and Stefano Coletti have returned to the series, for what purpose I don't know but I'm sure they'll add some extra crashes. Speaking of which, rule 64 section c of GP2 - the rule that states that every race must have at least one incident featuring Sergio Canamasas - has been brought into the new series. The unlucky team who will have to pay the damage bill this year is Trident. Sucks to be them.

F2 appears to be the place to put academy drivers now days as seen by the fact that Prema are not only running Leclerc but also Antonio Fuoco which basically makes them a Ferrari B team. Fuoco was at one point at the top of Ferrari's young drivers but has had a couple of iffy years and has been overtaken by his team mate. Fuoco is quick but very prone to an accident. Again should be good to watch. Similarly DAMS are running Nicholas Latifi as Rowlands team mate which pretty much makes them Renault. Mclaren have both De Vries and Matsushita running in the series but in different teams (Rapax and ART). De Vries was very highly rated a few years back but was outclassed in both WSR 3.5 and GP3 so will be interesting if he can return to form. Others to mention? Well Artem Markelov is always good entertainment value and last years GP3 runner up Alexander Albon should provide some too.

The season starts this weekend in Bahrain with the usual format of feature race on Saturday and sprint race on a Sunday. The series then follows F1 around Europe, has its own stand alone weekend in Jerez in October and then concludes in Abu Dhabi on the same weekend as the F1. I have to say the series is fairly open this year and would not be shocked to get multiple title contenders. Whatever happens, and despite the name change, I'm sure the series will be just as entertaining as ever.
Last edited: 14 April 2017

Contributor
Nicely written, a good hook to the season.

Great read. Nice to have F2 back but its going take abit to while to change, ive lost count how many times i already keep calling it GP2 last few days. Really looking forward to it already said that sometimes last season F2 was better to watch than F1 due being able to follow. I was on the edge of my seat for the Baku sprint race

Im interested in the all team changes & new faces i doubt any of rookies will top Giovinazzi last season. I'll be cheering on local boy oliver rowland i genuinely think he is the title fav because after what he did MP motorsport, DAMS should give him race wins & it wouldn't be f2/gp2 without perrienial black flag nutcase that sergio canamasas

Valued Member
It is the sixth season black flag nutcase

attempting to breach the championship's top thirteen. I really think they should re-consider turfing out their champions while letting such cretins occupy a seat.

Contributor
They have the cash to pay for their seats. Same as F1 really. God knows what Canamsas pays teams!

But then easter is about miracles

Contributor
Easter is about Codeine and red wine this year for me.

i didnt think id be able to use this so quickly, but what a shame front row on your gp2 debut & then he fuoco's it up get a grid pen

Contributor
Malia and Jeffry's coming together in qualifying was one of the most mental things I've seen in this series. Being as that includes Canamasas crashing into someone in the pitlane coming out for practice and Johnny Ceccto forcing someone off the track on purpose because he felt he'd been blocked on a quali lap, it's really saying something.

Interesting grid for the race though. Don't expect De Vries to get off the line though as he's stalled it in every session.

Only one near front I didn't mention by the way is Norman Nato who, frankly, is so dull I forgot.

Loved that f2 race, great to have it back great action at front. What a drive from markelov & russian time, strategy judged to perfection espically the bravery when other are putting for the softs doing 46's but he stuck to his guns kept faith with engineers pitted 3 laps later & wow did it pay dividends.

Slightly surprised that mclaren junior de vyres didnt pit on lap 27 when his tyres were shot & do damage limitation as im sure those last 6 laps he lost a pit stop more. Just a shame Sky F1 cut it off before the podium

That was an absoultely epic Formula 2 Race. A stunning win from Charles leclerc with a drive that will go down in history of 2nd tier of racing F3000, GP2, F2. Overtook ghitto to Lead, built a gap up of 7 seconds then took the gamble pitted for softs on lap 13 & with a deficit of nearly 25 secs in 10 laps he goes from 15th to retaking the lead at turn4 on the final lap. May have got bit over excited on final lap 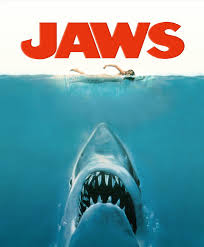 Contributor
That was a ridiculously good race! Good action this weekend. Think it's going to be an interesting year.

Contributor
Caught up on the Formula 2 and have to say LeClerc is looking like the real deal. All his other rivals seem to be tripping over themselves. I think Oli Rowland can push him but he needs to start putting results together.

so good and then oh so bad.

Yeah i just caught up with the f2 race, i had high expectations from the 2 stunning races last season & they were met, proof that Baku is a good circuit it just f1 could be problem. that feature race is almost last man standing because excluding the countback for the result only 8 cars finished compared to the 10 last yr. But turn 8 is turning into the problem we all expected in 2016, because 1 slight error & your in the wall. but i thought race control were abit lax. as why a safety car because everyone could see that red flag was needed as whats the point of safety car if they cant get through.

if Kimi does retire or for weird reason ludicrous rumours of vettel pre contract at Mercedes are correct. do we think leclerc jump into ferrari like Hamilton did at mclaren a decade ago. as very impressive 4 pole & 4 wins (3 feature & 1 sprint) i believe

Why is Leclerc so dominant whilst he teammate is 16th in the standings?
I have watched some races and Fuoco seems to be non-existent. Are they driving different cars?

Ferrari must promote him and make him teammate of Vettel.
Last edited: 3 July 2017

Contributor
Leclerc is just that much better. Fuoco gets himself in constant messes and when you're in a spec series it means you plummet.

fuoco is unlucky in a way same as matushita was that he has teammate that is bang on form. as leclerc is already shown to be class of the field with probally only rowland who near same level currently. but fuoco started well on front row for bahrain but he had terrible start, dropped around 10th in the feature race & since he's made a few mistakes, caught up in others accident. never really recovered now qualified & finished outside the top 10 in other 3 rounds since

catching up on f2 from weekend after so much happening this weekend from tennis, tour de france, & Austrian gp, then I have to fit work around it. Canamasmas being upset at gelael dodgy move at t3 (but really t2) where he forced him off the track made me laugh, because I admit give him that 1, but canamasas should comeback after another 200 & we might just be even

Contributor
Yeah and just after we all criticise Fuoco he gets two good results!