Staff Member
A list of all fastest laps achieved during the race for all F1 World Championship races held at the Circuit de Spa-Francorchamps.

The circuit has been part of the championship since 1950 but the Belgium Grand Prix has alternated between Circuit de Spa-Francorchamps, Complexe Européen de Nivelles-Baulers and Omloop Terlamen Zolder.

The circuit has changed significantly so the lap times pre- and post-1970 aren't comparable. 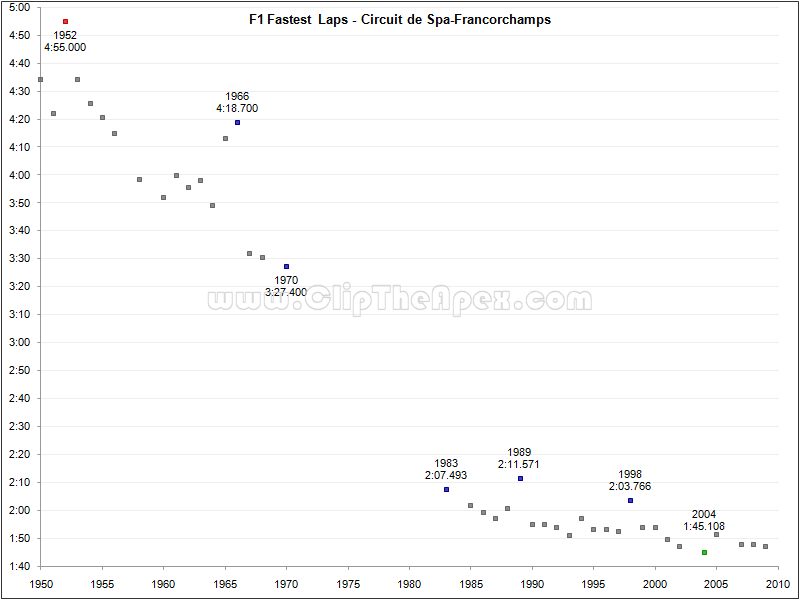