Some time ago I was nominated to write a thread about Brendon. I'm not sure why, never met the bloke and don't really like him. Anyway, he's 28, comes from New Zealand and his wife is called Sarah. What more do you need to know?

More serioulsy, in 2010 he was dropped by the Red Bull young driver programme and now drives for Toro Rosso and is (probably) the oldest driver to debut for the Bulls ever. If this assertion is wrong I'm happy to be corrected.

Looking back through his junior career there really isn't anything that jumps out as to why Red Bull would have taken him on in their young driver programme but with their support he won the Formula Renault 2.0 series in 2007 so Dr Marko must have seen something. He was 3rd in the British F3 championship in 2008, behind Jaime Alguerwatsit and Oliver Turvey and that was sort of a high point until he turned to endurance racing.

He was nominated as reserve driver at RBR and Toro Rosso in 2009 and 2010 and ran some test sessions but, as mentioned before, was dropped mid season by Red Bull as he hadn't won a race in the junior categories he was competeing in since 2008. It wasn't until 2013 that another race win came his way, with a win each in the Rolex Sports Car Series and ELMS. He also had a run out in LMP2 at Le Mans finishing 6th in class.

2014 was a step up to LMP1 with Porsche who were returning to the category after a 16 year break.
(they had entered a car in LMP2 but I'm taking about the senior category in Endurance Racing so if you want to correct me please go and sit on the pendants step and think about what you would like to do)
The car was up against some serious opposition in Audi and Toyota in hybrid world. The sister Porsche won the last race that season as the team made progress. Hartley managed 3 podiums, sharing the car with Timo Bernhard and Mark Webber.

2015 and 2017 saw Hartley win the FIA World Endurance Championship with Bernhard and Webber in '15 and Bernhard and Earl Bamber in 2017. The Bernhard, Hartley and Bamber car also won the Le Mans 24 hour in 2017.

In 2017 Hartley made his "comeback" in F1 as Red Bull rang the changes at Toro Rosso and he was brought back in as one of their drivers. Truth be told, although he was dropped from the Red Bull F1 programme he always had a continuing association as his helmet always carried Red Bull sponsorship throughout his endurance career.

It has to be said that his first races back in F1 were underwhelming but then with little testing and a car which was going backwards it is difficult to gauge how well either he or Pierre Gasly were performing. With the Honda engine for 2018 both he and Gasly have an opportunity to show what they are worth. Gasly is 6 years Hartley's junior but then some drivers mature at different rates. Fangio won his first title at 39... Gooo Brendan! Your time is now.
Click to expand

Premium Contributor
I don't suppose that this was because of anyting to do with the engine Il_leone as it is now perfect and never likely to be criticised again.

Contributor
If he's only just caught on then he's not just slow on the track.

Il_leone said:
There are rumours going around that Hartley has been told he has been dropped for next season
Click to expand

Where he still has a chance of becoming F2 champion

A chance yes but it so slim because russell would realistically have to retire from both albon has to win feature regardless & maybe a top 2 in sprint. Then it could be irrelevant Russell (providing Albon doesnt get fastest laps) could effectively wrap title up with pole in qualifying or 8th feature race or 6th sprjnt race 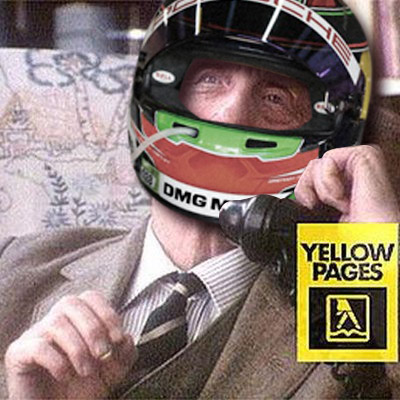