Supporter
The BBC have to cater for all licence fee payers. Therefore, a minority (F1 knowledgeable people) usually lose out in favour of the Strictly/The Voice brigade.

Shit as it is, it has always been thus... (Just look how much Eastenders shit they punt your way, on the hour, by the hour...)

Contributor
It was only one analyst though...

Staff Member
The only one.

Eddie Jordan is a joke and David Coulthard has his tongue so far up Horner's and Vettel's arses I can't understand a word he says.

... proof that trying to talk with so much crap in one's head is really not a good idea

I was listening to the MotorSport Magazine Podcast yesterday. To be specific the episode with Gary Anderson. Man, what a loss for BBC viewers........

Anyway, I've given up on them. I don't like Suzi Perry, I'd much rather have Lee McKenzie doing the show, she seems to have more of a sincere interest in the sport. The stuff going on between DC and EJ is just annoying because it is very childish at times.

Contributor
It's not just BBC F1 viewers who are not (especially) interested in analysis. Check out the figures for the number of views for threads in the CTA statistics and analysis section and compare that to the nearly 69,000 views for the "discussion" about "Jenson Button vs Lewis Hamilton". On that evidence, it is very hard to argue with the BBC's statement!

Contributor
That's a bit of sweeping statement and flawed by its bias.

F1 fans like racing. Some understand that it isn't just down to the drivers - even I, as a driver fan - and the rivalry makes the whole sport/spectacle what it is.

I listened to Gary and I can tolerate Eddie; they both know more than I, so it would be rude not to. But when it comes to the race the 'average' fan sees drivers in cars.

It doesn't mean that they are not interested; it does suggest that, like me, they have trouble with 'scientific' explanations and, occasionally, blank over when explanations are trawled to the depths. A nutshell is absolutely fine for most with focus on the effects on any particular car.

If F1 relied on fans only interested in aero and data, it would have died out years ago.

Valued Member
Besides, if you were to count the number of participants in a thread, I think that the JB v LH thread had fewer individual participants making more posts each.

Contributor
It was a sweeping statement Jen definitely! But the BBC's is even more so because I say "(especially) interested" when theirs leaves out the qualifier. But I stand by the thrust of the point that JB vs LH got 33 times as many views as the most popular thread on the stats tree.

I'm not saying it is wrong, to the contrary, I understand the BBC's decision because I can see that the desire for technical analysis is a small fraction of the overall reason people are interested in the sport.

Flawed by bias? If you think so, then I'm sorry. I think maybe you misunderstood, because I agree with the BBC's decision. As it applies to the audience as a whole, then it makes sense even if I don't like it for me personally.
M

Contributor
The reason for that is jez101 technical analysis is not emotive and is not meant to be but it is interesting whereas when people talk about drivers emotions take over a bullshit spews forth causing confrontation and argument which isn't very interesting and rather annoying the two are not directly comparable, how are you going to have a WUM over a steering racks speed rate or how a fuel cell works?

Of course one should remember that technical comments and discussions go on within the threads talking about individuals and teams. I would say that there is less interest in statistics than both person oriented and technically oriented aspects of the sport. Just because the majority of viewers may not, apparently, be interested in the technicalities of the sport is no reason for any media to regard it as so unimportant as to remove decent technical analysis from their coverage. I would also suggest that when an "average" fan's favourite driver has a crap race due to technical problems he/she probably likes to know a little bit about how and why it happened.
M

Contributor
And then of course by doing away with the technical side of a broadcast in which after all is highly technical sport and is one of the reasons why a lot of the true fans are drawn to it in the first place, you will find yourself up shit creek when a technical infringement occurs and you have nobody to explain in detail the nature of the infringement, take for instance Ross Brawns explanation of the legality of the double diffusser or him arguing successfully to the FIA about where the datum line was for measuring the barge boards on the Ferrari or how the F duct worked or exhaust blown diffusers I found all this fascinating stuff and it helps when there is someone to explain it in detail, not just how it works but in regard to the regs as well...

I suppose the BBC will just gloss over this very important part of F1 from now on or just ignore it altogether, it is just one more reason not to bother watching the stupid bloody channel....
Last edited: 13 February 2014
M

Contributor
If all I wanted from F1 was to watch the cars going round then I may as well be a cat sat in front of the telly swatting at the cars with my paw as they buzzed by....

Contributor
I think this is the level of technology that bbc f1 can handle. 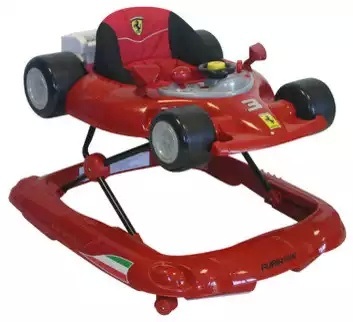 Contributor
Damn I should have bought my kid one of them...

Valued Member
I presume they will use DC as their technical person. Not that it will make any difference to me as I shall be watching Sky with it's multitude of technical analysts and various in-depth extra bits for sad ****ers who don't just watch the sport because bloke A is driving.

Contributor
Christ, it was so much easier in my day!

Valued Member
F1Yorkshire - Didn't Luca Badoer start the 2009 European GP in that one?

Jen said:
Christ, it was so much easier in my day!

Oh, wait ... not for me it wasn't. Too much bloomin' engineering variety!

When I think of the 'average' BBC sports viewer, whether F1 or any other, I think of my father-in-law.
He has little, or no, real interest in any sport in terms of strategy, technique or the underlying technology involved.

He is only interested in whether his favourite wins or not, that being:
- Jenson or Lewis in F1 (Chilton won't appear on his radar, just as DiResta seldom did)and fiercely anti-Ferrari, due in no small part to my support of them
- Murray in tennis, grudgingly, as Tim will always be better!
- Manchester Utd (high probability of winning, so that choice my magically change soon) and England (patriotic to a fault) in football and anti-Liverpool for much the same reason as being anti-Ferrari
- The other addition to these would be anybody wearing the Union flag or St George's Cross when it comes to Olympics (winter or summer), the Six Nations (despite zero understanding of rugby) or any other international based contest.

He is also capable of 'watching' sport while carrying on a conversation, over the top of anyone really watching and listening, on almost any subject upon which he is, of course, an expert on all aspects of. This does, however, tend to come to an abrupt halt if he starts to lose the upper hand and everybody is told to 'shut up, I'm trying to watch the racing'.

Much of the sports coverage is missed as he is, invariably, sleeping through vast chunks of it, while still being able to claim that the winner was 'brilliant from start to finish' or 'just lucky, and that lot are always cheating' depending on whether the result matches his expectation, when he returns to the land of the living!

Away from sport he watches every Soap Opera and Talent(less) Show there is, and has The Sun delivered every morning - with the whole household under almost pain of death should they so much as utter a whisper while he watches or reads!

The UK is full to overflowing with people like him, just as much as his armchair is overflowing with the size of him!
In short, he is an insufferable bore and BBC is cutting out the techy stuff as they know he doesn't want, or understand, a word of it!
Last edited: 16 February 2014