Valued Member
Searching on Wikipedia for World Cups in 2011, I found out they hold a World Cup in American Football. It is being held this July in Austria. Now I don't really care about gridiron, but it produces two groups of nations to link together in the quizzical arts. Interestingly, theres a few more World Cups in various sports this year, and maybe they'll get their own linked quiz.


Dan Gurney
2. When Mark Webber won the German Grand Prix in 2009, how many Germans were there in the top 10?


Rolf Stommelen for Brabham
4. At which circuit did Jack Brabham secure his first World Championship win?


Sebring
5. What statistic does this graph represent? 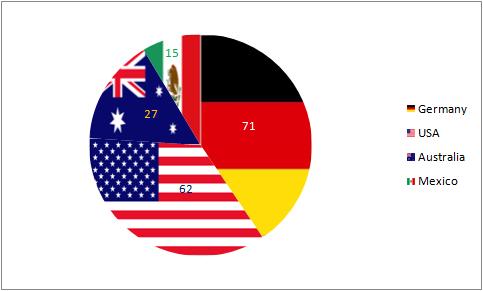 6. Who has won the record number of Austrian GPs?


Alain Prost with 3
7. Which Frenchman drove for Super Aguri?


Franck Montagny from the European to French GPs in 2006 after Yuji Ide had his superlicence revoked, before Sakon O'Clock
8. Who won the first race at Suzuka?


Gerhard Berger in 1987 for the Ferrari
9. What is Red Bull's best finish in Canada?


3rd for David Coulthard in 2008
10. What statistic does this graph represent? 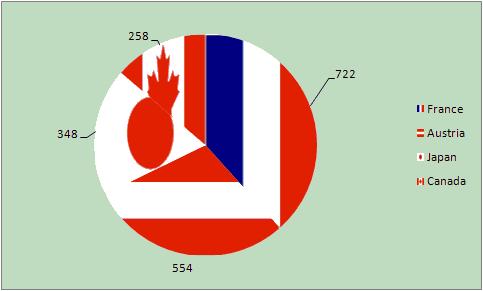 Number of F1 races with a driver from this nation.
Good luck and be on the lookout for other World Cups.